“The Sherries of Gonzalez Byass: DNA of The Dalmore” was the name of the Zoom presentation organized by Women Who Whiskey LA I attended recently. This is an excerpt from the invitation: 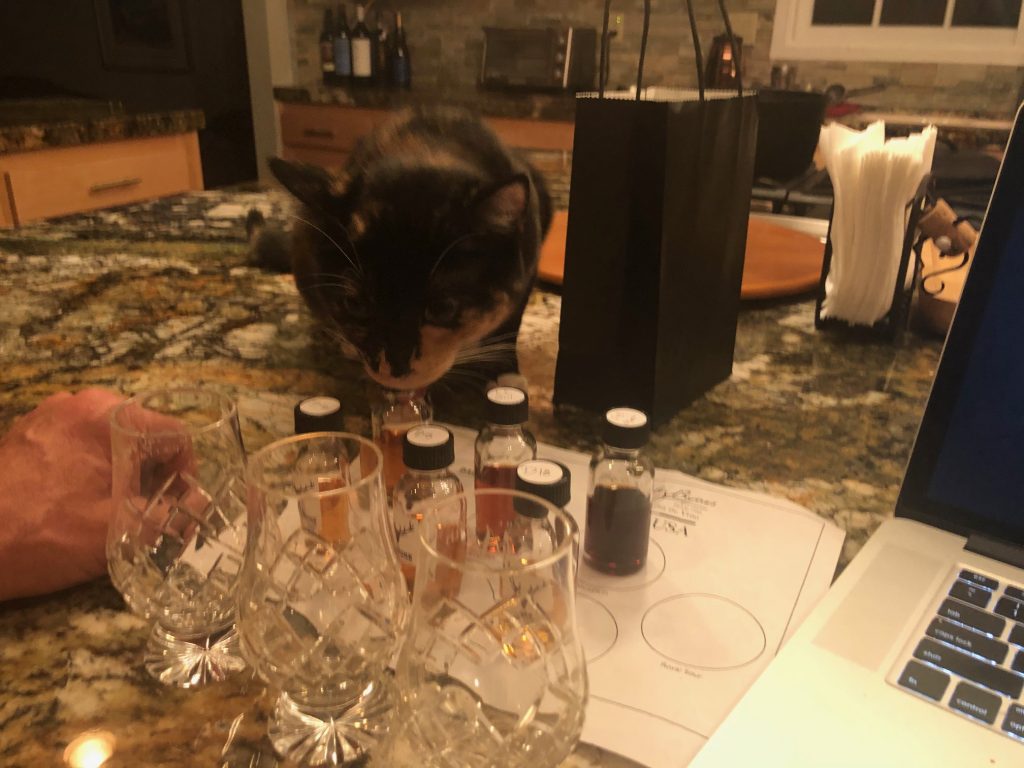 We are beyond excited to welcome back Craig Bridger, Head of Education for The Dalmore Single Malt Scotch, who will co-host this intimate virtual class with Claire Henderson, Senior Brand Manager for Gonzales Byass Sherry…Women Who Whiskey Los Angeles is honored to host this exclusive event: an in-depth exploration of two historic liquids and a century-long partnership. Craig and Claire will discuss the unique relationship between these two noble houses — a relationship critical to the sumptuous character so beloved in The Dalmore whose signature chocolate and orange character is imbued with rich and nutty flavors from the sherry…

We Learned While We Tasted

We did indeed start with Bridger showing us how a Royal Sour, aka Whiskey Sour, is made (recipe at the end of this article). I found this helpful as I had never made this cocktail with an egg white. Bridger knows his way not only around The Dalmore and has exceptional bartending skills as well. Then, onto the tasting and lesson!

In three small wine tasting glasses we sampled the Alfonso, Apostoles and Matusalem sherries. Almost immediately we noted similar aromas and flavors found in The Dalmore definitely came from these three different sherry casks that they had aged in. Quite remarkable. Also of note, even though the three sherries grew sweeter on the nose as we tasted through them, that didn’t transfer to high sugar in the mouth. 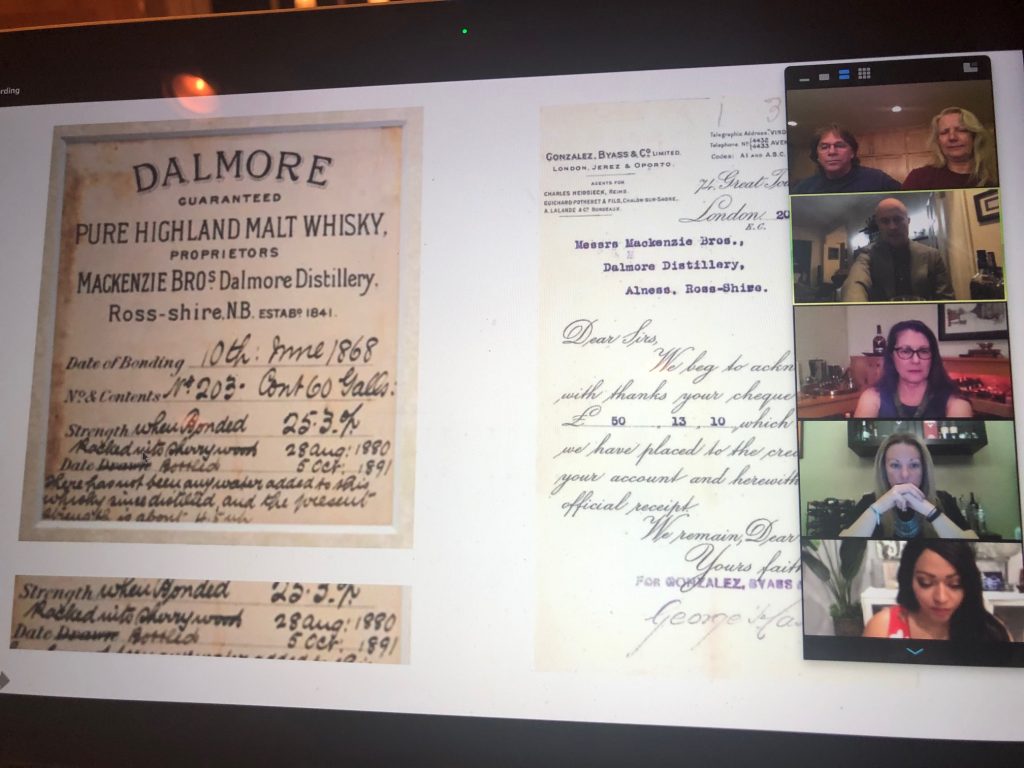 “What makes us definitive (is our use of) exclusive casks and…the one of a kind sherry casks from Gonzalez Byass,” Bridger began. Henderson, from Scotland, added in arich Scottish tone, “This presentation is (to show) why the sherry cask is so important.” She also noted that Scots drank fortified wine as regular wine would spoil. The fortified wine, of course, was Sherry. The Highlands were littered with sherry casks that were then used for storage, transportation and of course, whisky. The Dalmore was one of the first to do it. (The photo shows a 23 yo in a sherry cask.)

Henderson went on to explain that Gonzalez Byass was established in 1936 in Jerez, Spain. The area is dependent on rainfall as you’re not allowed to irrigate Sherry vines. That lack of rainfall means the roots have to dig deep for water, and accounts for more salinity. Finally, Sherry is aged in American oak casks.

Alfonso had notes of almond, caramel, dried apply and vanilla. The Apostoles reminded me of a Port with some candied apple and that same almond. Finally the Matusalem, my favorite, had aromas and full flavors that included coffee, toast, cream, oak, milk chocolate, hazelnut and prunes.

The Dalmore 12 yo was an entire bowl of fancy roasted and slightly salted nuts, vanilla bean and a hint of banana. The 15 yo, my favorite of the three, had a sweeter nose; rounder, more fruit, creamy, with a little toasted almond and pineapple. And the 18 yo, following a trend, had the sweetest nose, with lots of toasted oak and more spice. Simply outstanding.

My conclusion was exactly what Bridger and Henderson were going for: One could easily see the corresponding notes between the Sherries and the whisky.

A cocktail shaker (a mason jar will work)