Wine and it’s medicinal uses.
Is that the perfect lead in, or what?
Paul Wagner, the instructor for my Cultural Appreciation of Wine class at Napa Valley College lectured us on this topic.
Forget aromas. Forget food pairings with wine. Forget all the other excuses you use to justify your consumption of wine.
Newsflash….!
Wine is good for you. The Doctor says so.
The 13th and 14th centuries were a time of great expansion of the body of medical knowledge. Great universities of medicine were founded in the cities of Bologna and Montpellier. One of the men who contributed greatly to the medical knowledge of the time was Theodric, Bishop of Cervia, who advocated the use of wine to clean wounds. Remember that wine has antiseptic properties. He was instrumental in getting wider acceptance of dissection as a learning tool. I bet he didn’t date much.
Wines were often used as a base for medical potions. Various herbs and other healing compounds were added to wine to cure many ailments. Hot wine made from Ashkelon wine of the Holy Land, mixed with parsley, fennel, cumin, and pepper, was said to cure a stomachache.
Dan Andrew Boorde (1490-1549), a colorful Carthusian Monk and learned man in the art of medicine, who wrote a guidebook on traveling in Europe stated about wine and it’s curative properties:
“And than, moderataly dronken, it doth acuate and doth quycken a man’s wyttes, it doth comfort the hert, it doth scowre the lyuer ; specyally, yf it be whyte wyn, it doth reioyce all the powers of man, and doth now 3 rysshe them ; it doth ingender good blode, it doth comforte and doth nourysshe the brayne and all the body, and it resolueth fleume ; it ingendreth heate, and it is good agaynst heuynes and pencyfulnes; it is ful of agylyte; wherfore it is medsonable, specyally whyte wyne, for it doth mundyfye and clense wouwdes & sores. Furthermore, the better the wyne is, the better humours it doth ingender.”
This guy could use spellcheck, more so than I.
I studied up on Mr. Boorde, and while this has nothing to do with wyn, I found these facts of his life to be amusing.
In 1517, Boorde was accused of being “Conversant with women”. Been there. Done that.
In 1534, he was imprisoned and was released after a short sentence.
In 1542, he got drunk and wrote “Dyetary, Breurary and Introduction” and later, in a treatyse, denounces beards.
In 1547, he was accused of keeping 3 whores at his residence.
He was later imprisoned again, which is where I lost track of him and his history.
Colorful, indeed.
For centuries, man has known of the medicinal benefits of wine. of late, there have been studies making several claims of the benefits of wine:
These are just a handful of the many studies found to associate moderate wine consumption with improved health.
Now, it should also be noted that not everyone will benefit from wine consumption. Dr. Michael Apstein is a physician with a specialty in gastroenterology and liver disease and has been quoted as saying, “The average experience is NOT you”. This means that YOU may not benefit from wine consumption.
There are many dangers of wine consumption as well.
Alcoholism
Liver Damage
Impaired Judgement
OK, so I have been accused of the latter, but that is another story.
About 41% of all car accident fatalities involve alcohol, so as in all things, moderation is the key.
I’ll raise my wine glass to that.
Anthony Blackburn is a student at Napa Valley College in the Viticulture and Winery Technology Department. He is also the Student Sales and Marketing Intern responsible for selling the wines made by the students in the student winery. www.napavalley.edu/winery 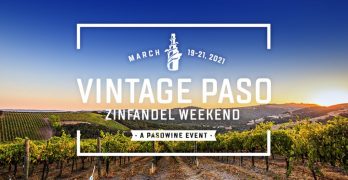