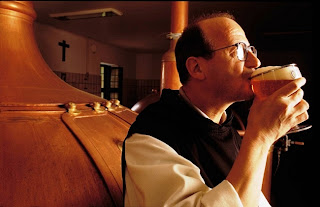 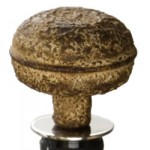 If you love good beer, as I do, I am sure that many of you have sampled Belgian and Belgian style beers.  This style of beer is one of my favorites.  There is a lot of unique history on Belgian beers, so for this article I would like to concentrate on Trappist ales only. While there are other beers from Belgium, Geuze, lambics and saisons, I will save those for another article.

I know that many of us have gone into Bev-Mo, or our favorite liquor store, and seen many beers that say Trappist ale.  When you look at the label you will find that they are made by many different breweries and countries.  While these beers may meet the American Home Brewers style for the Belgian Trappist Ale category they are not made by or under the control of Trappist Monks where this beer originated.

The Trappist order originated in the Cistercian monastery of La Trappe, France.  In 1664 the Abbot of La Trappe felt that the Cistercians were becoming too liberal in their life styles and mandated changes and strict new rules in the abbey which became the “Strict Observance”. The goal of this rule was for monasteries to be self-supporting.  This guideline decreed by the Abbot of  La Trappe is still followed today by the Monks and Nuns of the monastery. Many monasteries in Belgium and the Netherlands brew beer both for the Monks personal consumption and for sale to the general public.  The beer, cheese and other food produced by the Monks is their means to live within the guidelines of the “Strict Observance”.

True Trappist beers are bottle carbonated rather than force carbonated using carbon dioxide gas like most commercial breweries (Coors, Budweiser, etc).  Not only will these beers age in the bottle like fine wines, they will last for a long time getting better with age which is why Belgian beers are so highly prized.  When drinking one of these beers you need to treat it like an aged wine by letting it sit so that all of the yeast from bottle fermentation falls to the bottom.  Then pour the beer into a glass slowly watching to make sure that the yeast is not transferred.  The yeast is not harmful, it is no different than eating a piece of bread, and is mainly for aesthetics.

Many Trappist monasteries and breweries were destroyed during the French Revolution and the World Wars.  Of the 171 Trappist monasteries only seven brew beer (six in Belgium and one in the Netherlands). There are two other monasteries that make liqueurs (one in Belgium and one in Austria)..  Since there are a large amount of breweries producing Trappist style beer, the eight Trappist abbeys (located in Belgium and the Netherlands) formed an International Trappist Association (ITA) in 1997 to prevent non-Trappist breweries from abusing the Trappist name. A logo was designed (see below) and is attached to goods (beer, cheese, wine, etc.) that are produced in accordance with the rules and guidelines of the ITA.  Therefore, if you purchase a beer that claims it is a Trappist and it doesn’t display the logo below it is only a Trappist style beer, not a true Trappist beer made by true Trappist Monks.

For the beers, the criteria are as follows:

·         The beer must be brewed within the walls of a Trappist abbey, by or under control of Trappist Monks. 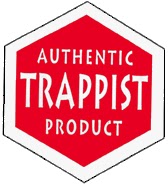 ·         The brewery, the choices of brewing, and the commercial orientations must obviously depend on the monastic community.

·         The economic purpose of the brewery must be directed toward assistance and not toward financial profit.

The criteria established by the ITA still reflects the strict guidelines of Abbot of La Trappe’s “Strict Observance” rules.  There are currently seven monasteries that are allowed to have their beers display the Authentic Trappist Product logo (see below).  The last two do not brew beer but do produce liqueurs.

The Trappist Ale category usually fall into one of the following styles:

Dubbel – These ales are double fermented and are dark amber to brown in color with a long lasting dense head .   Dubbels reveal rich malt flavors along with dark fruits, dry fruits, chocolate, nuts, and caramel or toffee. Yeast aromas and flavors are also common as noted in the fruity ester (banana) and spicy (clove and coriander) by products of fermentation.  They have a solid mid body and as with most Trappist ales, hop presence is fairly low.  Alcohol content is 7-9% ABV  (alcohol by volume).

Tripel – Tripels are triple fermented ales and are golden to slight amber in color and normally display dense head with lacing. Their aroma and flavor profiles are rich, strong, and complex, displaying yeasty, spicy (clove and/or peppery), fruity (e.g. oranges and bananas) and sometimes floral attributes.  These beers are deceptively high in alcohol. This is accomplished by using Belgian candy sugar or sugar that is 100% fermentable.  This increases the alcohol without adding body or taste to the beer.  While tripels can feature a sweetness they, unlike the other abbey ales, are often hopped enough to add a somewhat balancing bitterness to the flavor.    Alcohol content is 8-12% ABV.

Quadrupel – Originally developed at the Brouwerij de Koningshoeven in the Netherlands. These beers are quadruple fermented ales that offer the darkest,  richest, strongest, and most complex flavors found among the Belgian abbey ales. These beers are dark red-brown to brown in color, can display relatively nice heads, and feature full and sometimes creamy mouth feel. The Quadrupels are malty in character and contain flavors of fruits such as plums, raisins, figs and peaches with levels of chocolate and caramel.  The fermentation process also generates yeast notes of cloves and coriander.   There is no hop character in these beers.  Alcohol content is 10-14% ABV.

If you have never tried Belgian Trappist ales, you should.  No matter what your palate or beer preference is you will be able to chose from a refreshing light ale like a Tripel for the summer or you can find a nice thick full body Quadrupel to enjoy in front of the fireplace on a cold winter day.  They are all good in their own unique style, however, buy a Trappist ale that displays the ITA logo and you will not only enjoy a true Trappist ale but will also be supporting the Monks and monasteries that brew them.

Art Beyond the Glass VII: L.A.’s Top Bartenders Come Together To … END_OF_DOCUMENT_TOKEN_TO_BE_REPLACED