Eddie just looks at the hills, shakes his head, and says it will be a bad fire season.  And when the smoke from the Green Valley fire left an atom bomb/mushroom shaped black cloud low over our valley I was relieved to be getting out of town.  I didn’t know until I returned and caught up with The Signal about the damages to homes and land or the command post at Central Park.  Had I known I don’t think I would have felt celebratory going to Redondo Beach.

But we had planned it a few weeks in advance when another trip had fallen through and Samantha was off track.  One of Ed’s co-workers, an LA City captain had “inbred” (as I called it) and married an LA County captain and the result was a 1.2 million-dollar castle six blocks from the beach.  We had been invited for dinner on a Friday night and thought it perfect to stay at a hotel that we liked and make a weekend out of it.

The house was a stunner.  Almost as much as the couple themselves.  He praised her for her ideas and she credited him for his innovative choices.  A “mud” room complete with laundry and shower met back door visitors to keep the sand out of too much of the house.  A courtyard adorned with a chair lift that had been remodeled into a patio bench.  A hidden playroom. A heated, three degreed pressurized bidet.  Three patios with ocean views.  Wine cellar.  A Jacuzzi on the top patio. The fire station stove.  Antique furniture.  Nautical theme in the boys room only.  And my personal favorite, after the bidet of course, was the cut-through fireplace that heated both master bath and bedroom.

You could have this house in SCV I thought.  Heck, it didn’t have a yard except for the front courtyard and a shared walkway.  (Of course they did have the BEACH instead at the end of the walkway.)  No parking.  No large pets (They had chosen pet mice while we would maybe have to only consider mice as food for our snakes out here in the dessert.)

Those were not the only differences we were to find visiting the beach.  Hair spray and makeup were out as the close proximity to the ocean makes everything too “moist”.  We stuck out like sore thumbs as the Bushman’s don’t have, and never will have, tans.  We left our car in the hotel parking lot as bicycles and walking and, if absolutely necessary, taxi cabs were readily available and the preferable forms of transportation.  (Probably due to lack of parking.)

We were offered Sangria at 10 am at one beachfront café.  Ed wouldn’t let me be seen in my huge sun hat and insisted on purchasing the requisite baseball cap instead.  I have to admit I loved the beach fashions delving face first into bins filled with pastel colored thong sandals and sarongs.  Although I was hard pressed to think of another time I would be able to wear such clothes unless I was having a pedicure before our next vacation, hopefully in Hawaii.

Our hotel was connected to a Gold’s gym.  All Gold’s gyms are the same to me.  A little more serious than I am but with the same equipment and classes.  But this gym, due to its location, was even more daunting.  It might have been the sun glare I caused to blind anyone in my path with when it glinted against my pink/white skin.  So there was no way I could get in and out of there, twice that weekend, unnoticed.

The first time I was in the gym a giant (I think they are all giant) pelican seemed hell bent on reaching me inside.  You see, due to the air temperature, they don’t need air conditioners, even in the gyms.  So large windows are left flung open to catch the beach breeze and, if course, the view.  Anyway Mr. Pelican must have thought I was a giant clean, white, virginal shell ripe for the plucking and didn’t quite get his landing gear down in time as he caught the window with his beak, hung a moment, and then landed ever so embarrassingly on the sand below.  (Anyone read the children’s book, “Stellaluna”?  Same landing except Stellaluna is a fruit bat.)  He seemed okay and I have to admit I did yelp when I saw it but no one seemed fazed by the entire event.

The second time I visited the beach gym several men said hello.  Maybe they figured I wasn’t from the hotel after all as I had been there twice now.  They probably guessed, and they would have been right, that I would need help with my workout and my tan if I were a new resident.  I joked to Ed that my forehead read “fresh meat” to them as it had read something similar in “pelicanese” the day before.

We wanted to head back to the trendy Hermosa and Manhattan beaches but the crowd had thickened by four PM and everyone seemed to be either heading to or from a bar.  As we are middle-aged adults, with child in tow, instead we opted to spend our last night in the hotel for what Samantha and Eddie really wanted, room service and that hockey game that went into double-death triple-fighting overtime.  Vacation was definitely over.

Suffice to say we looked forward to returning to the SCV and some warmer weather.  Samantha is asking to visit the beach every weekend now but with her swimming lessons starting next week right here in town, and the fires on hiatus for the moment, we’ll be just as satisfied with our local gym, pools and neighborhood parties.  Aaah…this is the life, right here. 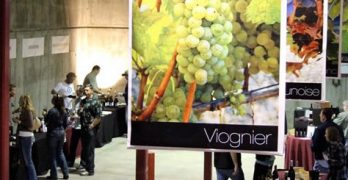