On this eve of Thanksgiving Day I, among all other Signal columnists, have joined the throng of interviewers looking for a crisp new idea to be thankful for.  Driving through one of our local Coffee Kiosks led me to that undiscovered site.  But would they go for it, would they let me in “the back door” and once inside would I be comfortable or put immediately to work attempting to blend a grande double latte with a shot of peppermint? 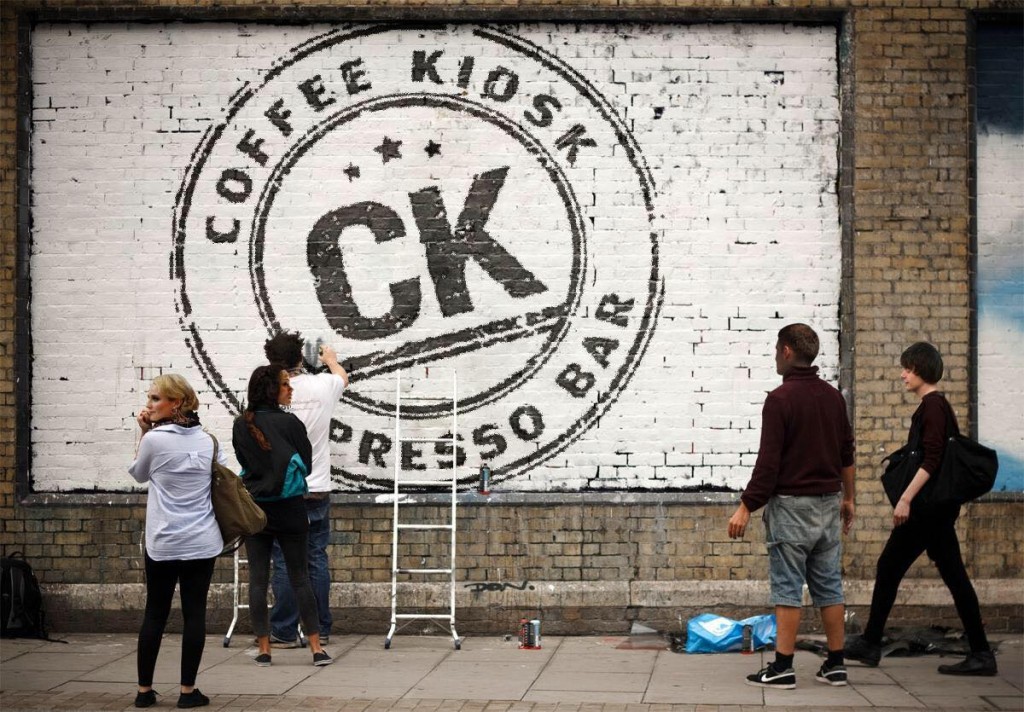 Only Brian Daly could say for sure.  Yes oh reader, Brian is still at our Coffee Kiosk sporting a new polo shirt and baseball hat to boot.  Now that he’s finished getting his bachelor’s degree in business management at Master’s College he has decided that becoming the general manager of four kiosks is better than any desk job indoors.  He and his lovely wife, the soon to be practicing cosmetologist right here in River City, Sarah, have long term plans of raising there own family while being a part of the growing family of kiosks.  (The next will be in Woodland Hills near Winnetka on Ventura Blvd., conveniently located near the In N Out.)

Brian left behind Solvang and his parents for big city life when he pursued his degree at Master’s College.  And, being one of the first managers at the kiosk, brought along many a friend from his alma mater.  That was one of the reasons why most of these people seem to know and get along with each other as well.

But with growth, they’ve moved beyond the ranks of friends from college and let the high schoolers trickle in.

Joel Givens birthday is tomorrow!  He’ll be 24 like Brian and happy to say that after he graduated from Cal State Northridge with a degree in sports injuries, he and his wife, personal trainer Kim at the Spectrum Club, are also happy to make their home in Santa Clarita.  Joel is also a manager of a kiosk.  As far as considering a job in his field he would rather offer free advice on sports injuries to his coffee customers.  Of course having your father as the Pastor of Grace Community Church (he says it’s the big one that looks like an I-HOP) keeps him pretty busy between his commitments to work, family and volunteer work at the church.  He’s been here seventeen years and is thankful for every day.

Kyle Sellers is 17 and only been working at the kiosk since February.  He hasn’t been there long enough to throw away his plans for moving to Canada next fall for school.  But he couldn’t control his exuberance for his job;  “I love being here for that 5:30 AM customer.  I fell like I’m providing them a service to get them in a good mood.  Work here has become my social life—because all these guys are now my friends.  No one can go wrong working at the kiosk.  It’s a blessing from God”.  I’m not kidding you he said his job was a blessing from God and I’m thankful for people that feel that way about anything.

Joleen Hastert, who at 18 years old is also a newcomer to the kiosk, actually drives in from her beloved Sylmar to work.  She had a taste of Santa Clarita when she lived with friends so she could attend Hart High instead of going through LAUSD.  She said the SCV teachers and students were simply, “more caring”.  Her church is also in our valley.  She is in college studying biology with the hope of moving to Monterey to study marine biology.  By then, she teased, there better be a kiosk there because it will be too hard to leave.  “Work is fun!” was her final adieu.

Eric Swihart is the only available “Coffee Boy” (As I used to call them).  He’s 23, a store manager, studying youth ministry at Master’s College and working, as well, at Pico Canyon Community Church.  He’ll stay on at the church when he’s completed with college but I have to wonder if HE’LL be able to give up the kiosk.  He has until May 2001 to decide. Eric hailed from Santa Maria and, like Brian, thinks SCV is a big town in comparison.  But he likes SCV because it’s only a half-hour drive from LA.  After two years at the kiosk he had this quote, “Simplicity is what makes the kiosk what it is.”

My last to meet, the tall Scott Axline, is eighteen years old and is challenging himself by taking concurrent classes at Saugus High School and College of the Canyons.  I’m guessing he takes his “Razor” back and forth so he doesn’t have to deal with a parking problem in his hurry to excel.  He’s lived here with his family for ten years.  And yes, dear reader, I finally found someone who is looking to get out of Dodge.  At least his parents do.  Their idea of spaces more open than we have to offer would be that from the view on a gargantuan (Scott’s word) mobile home.  The power, and low gas prices, to them I hope!

Anyhow that leaves me with a couple of quick quotes from three grateful customers:  Mike Phelan said they employ the nicest people the two times he drives through each day.  I noticed the “runner” to his car two cars back collected his money and delivered his coffee.  No wonder he thinks they’re nice, but wrong again, that’s the kind of service you can expect when you just order a tall drip.  (Instead of being one.)  Bill Susdorf, another twice a day customer, says he can’t live without the place.  And Fido, in the back of a dog-friendly SUV, barked his thanks when given his usual: a free day-old bagel.

You kiosk people are doing a great job!  And now I hope a few more people in the SCV appreciates your attitude, hard work and the example you set for our youth.  (Including my nephew Zachary.  How old do you have to be again to work there?) 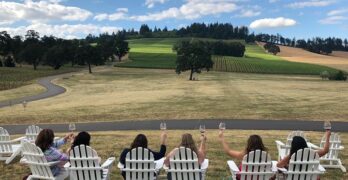 In the grand scheme of things, I am relatively new to the wine lover’s … END_OF_DOCUMENT_TOKEN_TO_BE_REPLACED