“War Correspondent Paige Munroe still has nightmares about her partner’s death in Afghanistan. Back home she secures a safe assignment: writing and photographing a book about an exciting, new wine region. Against her better judgment, Paige becomes romantically entwined with winemaker and smuggler Nicholas Alder, and her supposedly-safe assignment soon lands her in jeopardy as a ruthless multinational continues to buy up family-run wineries, and to crush anyone who stands in their way.” 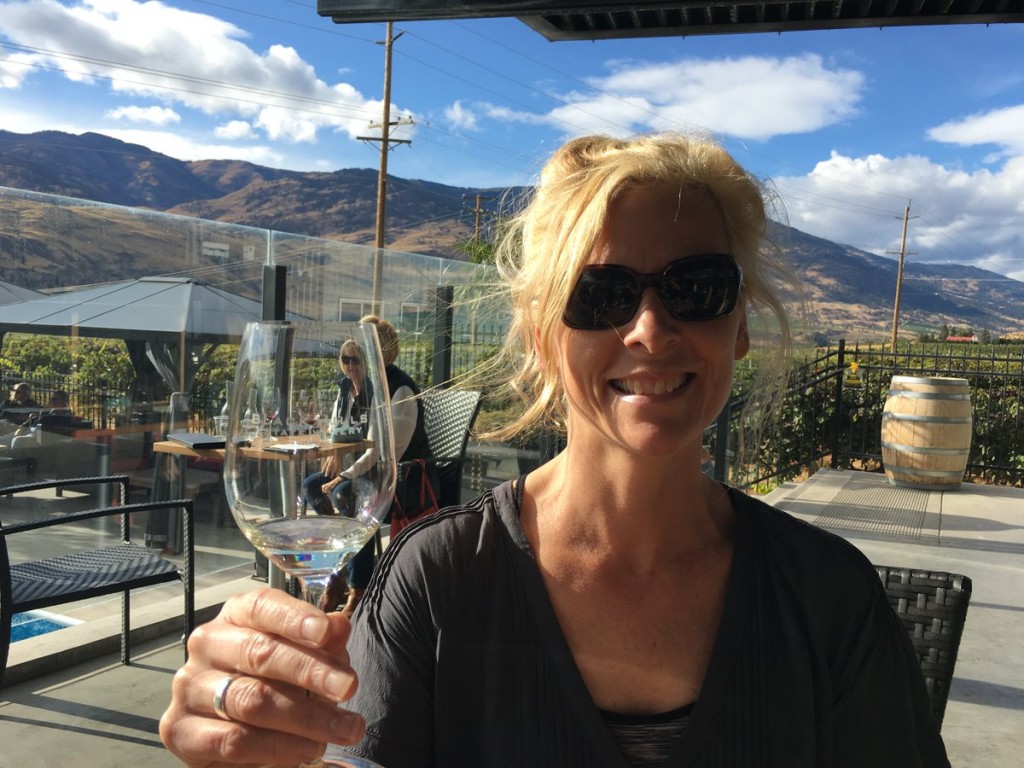 It’s rare that I get a work of fiction, let alone a mystery, to review. However, Crush, is a piece of fiction that is set in wine country, so it was right up my alley!

We get to follow our heroine, Paige Munroe, along with teen Ryan Alder, to British Columbia and the Okanagan wine country. While Paige wrestles with guilt over her former partner’s demise, she is also faced with a sexy love interest that may also be a smuggler, real and imagined threats of being bitten by snakes, writing her first book about wine – all while tasting new culinary concoctions and learning about wine.

Ryan Alder, a teen that has been sent from his home in Australia to work in the winery, is equally caught up; Ryan is angry with his parents for sending him away, a young dancer that he falls for may not exactly be truthful with him, he feels guilt over a car accident that he was involved in and he also is facing some imagined, or real, threats of his own.

In the book’s final two thrilling chapters both Paige and Ryan are put to the test, as is the reader as the story culminates. Will Nicholas Adler prove to be a smuggler and jailed? Does Justine truly have feelings for Ryan? Will Paige live long enough to produce…a wine book?

Spoiler Alert: In a wine world dominated by ratings, it’s no secret how sought after a great one is. Imagine killing off a wine writer that gave your wine 85 instead of 90 points and a review that didn’t produce sales? There is more than one murder, and a few more attempts in Crush – and almost all are prompted by a winery’s greed. Oh, what an even more exciting life for a vintner if it were so!

Jennifer Margaret Fraser has a PhD in Comparative Literature. She is the author of two literary studies: Rite of Passage in the Narratives of Dante and Joyce (University Press of Florida, 2002); and Be A Good Soldier: Children s Grief in English Modern Novels (University of Toronto Press, 2011). She has taught at the University of Toronto and at Humber College, Ontario. Currently, she teaches English and Drama at an international, independent school in Victoria, British Columbia. She has also written a series of plays entitled The Distortion Trilogy, which is available through the Playwrights Guild of Canada. Jennifer lives in Victoria with her husband and two sons.

Haven’t done a “round-up” article in a long time. That’s where I ask pals on … END_OF_DOCUMENT_TOKEN_TO_BE_REPLACED