PORTLAND, Maine – Maine has popularized their famous lobster roll and now great recipes and talented chefs are making lobster rolls everywhere. Attendees of the Down EastLobster Roll World Championship will be able to sample rolls from 10 chefs across the United States and from around the World. 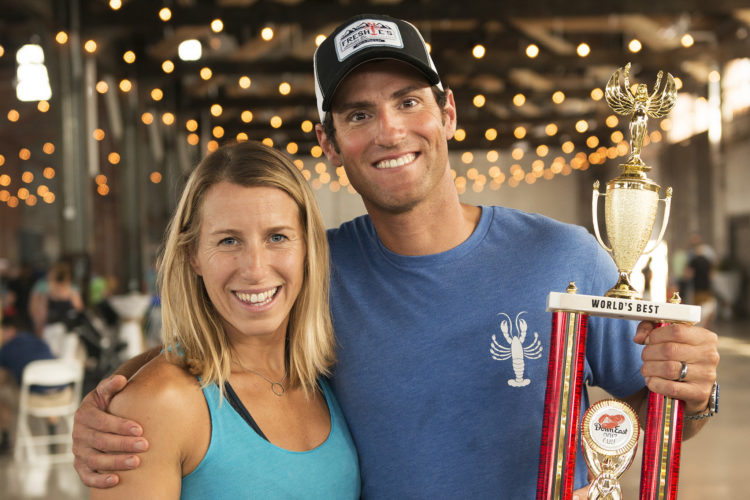 While half of the recipes selected for this year’s contest are from Maine, there are also entries from Massachusetts, Florida, Georgia and even Paris, France. Freshie’s Lobster Company from Park City, Utah is returning this year to defend its title as the first winner of the championship. Besides Freshie’s, two of last year’s participants, Bob’s Clam Hut of Kittery and Portland and Highroller Lobster Company of Portland will try for the top prize again.

Seven entries are new to the competition.  Three are from Maine: Shannon’s Unshelled from Boothbay Harbor, The Greeks of Peaks from Portland, and Congdon’s Doughnuts of Wells.

Summer Shack of Cambridge, Massachusetts, BeetleCat of Atlanta, Georgia, and the Burgundy Square Café of Venice, Florida, add to the national flavor of the event.  And all the way from Paris, France, Homer Lobster will bring its recipe for the judges to consider.

“Not only are the rolls from all over the U. S. and even Europe, but also each competitor’s roll is unique,” said Lauren Chartier, Marketing and Events Coordinator for Down EastMagazine. “Without giving too much away, there will be some different variations of the traditional Maine lobster roll and there are a few that even challenge the definition of a lobster roll. I’m excited to see who wins over the attendees.”

The judging will take place on July 7 at Brick South at Thompson’s Point in Portland. All event attendees will sample the 10 rolls and vote for their favorite. The winner with the most votes will receive the title of world champion and will be featured on a page in Down Eastmagazine.

For more information and to purchase tickets please visit https://downeast.com/lobsterroll/

Questions can be emailed to events@downeast.com.

About Down East Enterprise:

Down East Enterprise, Inc., is a multimedia company based in Camden, Maine. The company’s flagship publication, Down East: The Magazine of Maine,is the largest paid-circulation magazine dedicated to the Pine Tree State. A digital version of Down Eastwas launched in February 2013. For nearly six decades, Down Easthas been the authority on Maine, and today continues to capture the reader’s attention with an insider look at contemporary life in Maine. People who love Maine love Down East.

Down East currently publishes Shooting Sportsman, the world’s largest magazine dedicated to wingshooting and fine guns, in addition to Down East. Down East also produces websites, mobile apps, and video programming via the Down East Channel.