BRISTOL, PA. (PRWEB) – Back in February, just over four years after earning the prestigious Craft Whisky of the Year Award from Whisky Advocate Magazine, Dad’s Hat PA Rye Co-owners Herman Mihalich and John Cooper added another significant honor to their resume — the Whisky Magazine Icons of Whisky “America Craft Producer of the Year” Award for 2020. But now, the celebrated Pennsylvania distillers have something even bigger to celebrate. 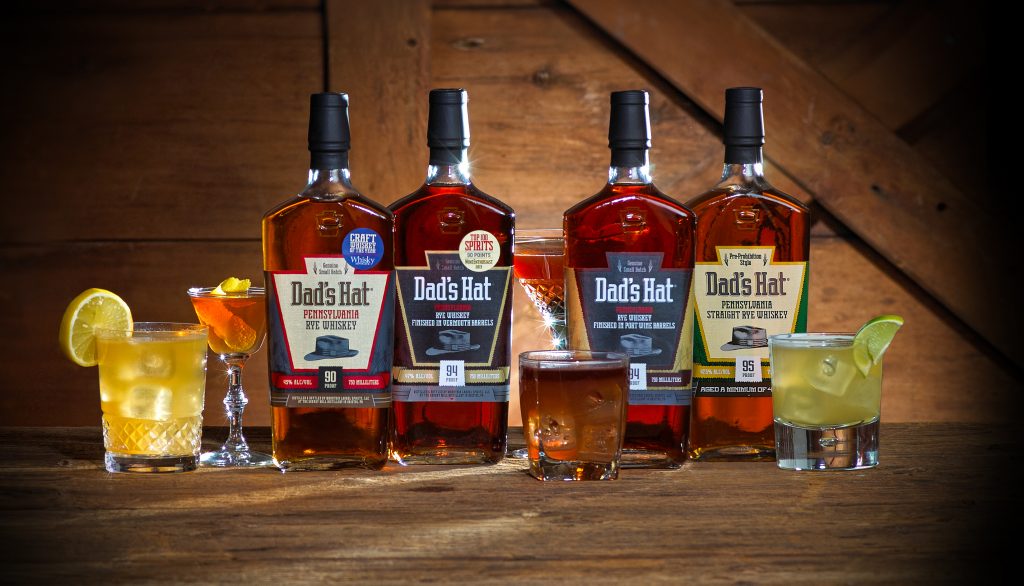 On March 26th at an awards ceremony that was held remotely from London — virtually via a Facebook live stream to contestants due to the Coronavirus outbreak — Dad’s Hat Rye was named as the “International Craft Producer of the Year” for 2020, beating out regional winners from all over the world.

“We’re elated,” said Mihalich. “We’re so proud to be recognized not only on our home soil, but internationally while sticking to our rye whiskey roots. It’s reaffirming to us and very satisfying to be rewarded — especially as a small producer — after strictly sticking to our Pennsylvania style while continuing to improve over time.”

After winning the U.S. competition on February 11th, Dad’s Hat went head-to-head against their industry peers from all over the world to compete for the global title.

The Icons of Whisky Awards are a celebration of the years of hard work that go into every bottle. From the distillers themselves and brand ambassadors, to tasting room managers, bartenders, mixologists and the industry’s communicators, a great deal of craftsmanship, skill and knowledge are imparted at each stage of the process.

Anthony Denny, Publisher and Managing Editor of Whisky Magazine said: “In an industry that, year after year, continues to improve its game on every level, this year’s Icons of Whisky have been awarded to some truly outstanding companies and individuals, hailing from all over the world. By their own supreme efforts, they have succeeded not just in earning themselves well deserved recognition, but have demonstrated just how dynamic and innovative the whole industry is. It is a real pleasure to celebrate with them.”

“Obviously we would have loved to have been there, but there are much more important things going on in the world right now, and we were thrilled when the news came in,” said John Cooper. “This really means a lot to us — two old friends who started this business from the ground up in 2012, to build it into an award winning brand with national and international accolades. We’re very proud, and we’re very grateful.”