Monday, December 05, 2011,  die hard GOTN members put on their winter clothing and went to Valencia Wine Company to taste and learn about the various differences and nuances of Malbec wines.  This cold winter night was a perfect venue for the full bodied characteristics of this varietal and good friends.  As Christmas was at hand, ’tis the season to be jolly and that we were.  Even Guy, the owner of Valencia Wine Co. (VWC),  joined us adding more knowledge based on his many years of experience. 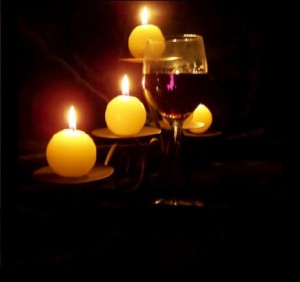 Since we have been learning about Bordeaux and Meritage wines over the last couple of weeks, I thought that this varietal would be nice to study.  Malbec wines originated in Northern Burgundy France according to amphaeological evidence.  In 1956, a very heavy frost occurred and 75% of the crops were destroyed.   Malbec became less popular in Bordeaux wines after this season.  The Cahors region of France, though heavily impacted, was replanted and continues to be popular.  This region supplies some of the Malbec to the Bordeaux region but is also blended in it’s own region with Tannat and Merlot.  Eve Bushman (my editor) and I had to beg for forgiveness as we both provided two different wines from the Cahors region for the tasting.  Unlike America, France only requires 75% of a given varietal to be called by that varietal.  My request of the group was to meet the 85% requirement imposed by the United States.

Wine Spectator Magazine last month dedicated their edition to the Malbecs of Argentina.  Malbec is the number one wine for this region and it shows in their success with it.  Many of the wines from this region score better than 90 points.   Malbecs from Argentina are not really known by the general public and for this reason many can be purchased  inexpensively.  Many are under $15 one of which I really enjoy is a 2010 Tapiz that I had at GOTN which is around $12 which is a steal.  This wine was big, full bodied, well balanced and had a nice finish.  Malbec grapes are now being grown around the world and  can be found in Chile, California, South Africa, Italy, New Zealand, etc.

The characteristics of this wine are an inky dark color and are generally very tannic.  Malbecs from the Cahors region are referred to as “Black Wines”.  Oz Clarke, a leading wine expert, describes  Malbecs from Cahors as “dark purple in color with aromas of damsons, tobacco, garlic, and raisin. In Argentina, Malbec becomes softer with a plusher texture and riper tannins. The wines tend to have juicy fruit notes with violet aromas. In very warm regions of Argentina, Chile & Australia, the acidity of the wine may be too low which can cause a wine to taste flabby and weak.  Malbec grown in Washington state tends to be characterized by dark fruit notes and herbal aromas.”

For those of you that saw the movie “Bottle Shock” the French, in a blind tasting, could not believe that California was producing winning wines not just once but again 30 years later.  When the Cahors region recognized the quality of the Malbecs from Argentina and how they were gaining international recognition, they seized the opportunity to promote Malbec wines as a whole including their own. In 2008 the French organized the first International Malbec Day in Cahors and invited Argentinean Malbec growers as their guests of honor.  Later that year the Argentinians reciprocated and hosted the event in Argentina with the French as guests of honor.  The French Cahors region and Argentina grow 90% of the worlds Malbec vines and are working together to promote this varietal.

Below is the list of Malbec wines that were sampled by GOTN:

I found Malbec to be one of the most interesting varietals I have run across in a long time.  It is an inexpensive wine that will hold up to many other varietals at three times the price point.  It was very unusual that all of the wines were from Argentina and France.  I had expected to see some from California regions such as Paso Robles.  The differences between the French and Argentine wines at GOTN were remarkable though one must be aware that Tannat and Merlot can have a big influence on the wine.

As always, I want to thank all that weathered the cold to enjoy such an interesting varietal.  I also want to thank Guy for being a part and adding further insight into this unique wine as well as allowing us to meet at Valencia Wine Company.  I also want to thank the staff at Valencia Wine Company for their assistance and dedication to service through the evening.  Our next meeting will be January 09, 2012 and the varietal will be to bring your one favorite discovery during the 2011 year at GOTN and to share why.  For new members, please bring your favorite wine varietal and tell us why it tops your list.

(Editors note: Rusty calls our meetings at 7pm, anyone may join, there is no “fee” for the class, each person – or couple – is asked to bring or buy a bottle of the designated wine to share.  If you choose to bring in a bottle, our deal with Valencia Wine Company is that you need to buy a bottle to bring home.  If you have any further questions you can e-mail me at ebushman@earthlink.net)