As predicted, the guests of Valencia Wine Company’s 9th Holiday Tasting were thrilled with the move from TPC to having the event at their “home” at the wine bar.  All of the comments I got, not just most, centered on the ambiance, the delivery of the promised best wine suppliers, visiting with winemaker Mitch Cosentino and enjoying being the first to sample his M. Coz Napa Meritage and the constant replenishing of the fine catered food (new this year by “Golden Girlz” Kiki Hacker and Michel Reckon-Golden). 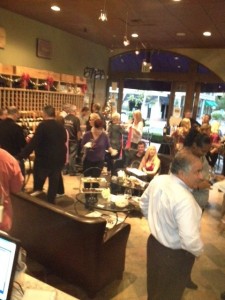 The seven-page tasting guide was organized “thematically” so that each supplier only specialized in certain wines during our “world wine tour.”

As your wine correspondent, I felt it my duty to visit every table, and then while I rested up I had a chance to take photos of the outstanding food and some of the people (see below for more photos) and get a few good quotes for you about the event.  Here goes:

Starting with Paul Young Wines I toured France.  Guest Richard Davis steered me over to the ‘11 Vincent Careme Vouvray Tendre for its complex aromas and flavors, Mark White wanted me to try the ‘09 Halos de Jupiter Chateauneuf du Pape (he bought a case and shared a bottle with us later) and from there I enjoyed the ‘08 Domaine Gardies, Clos des Vignes Rouge and ‘09 Chateau Jolys Jurancon Cuvee Jean made from 100% Petit Manseng (a white wine grape from the South West region of France).

I met up with Tim and Erin Dixon at the Wine Warehouse table, and I tried all six wines they offered.

My favorite table, of course, was the one manned by winemaker Mitch Cosentino.  There wasn’t a single wine I didn’t appreciate: ‘10 Pure Cru White Napa Meritage for its blend of Sauvignon Blanc aged in both stainless steel and neutral oak, blended with Semillon, aged in French Oak; the ‘10 Pure Cru Napa Chardonnay made in the Burgundian style with Chablis and Meursault clones that was aged in French barrels from the 90s that had been designed for Mitch; ‘10 Pure Cru Carneros Pinot Noir single vineyard with only 257 cases made; ‘07 Pure Cru Napa Sangiovese Vetta spent 3 years in the barrel as a nod to how it’s done in Italy; ‘07 Pure Cru Napa Cabernet Sauvignon was a great blend of 75% Cabernet, 20% Cab Franc and 5% Merlot; ‘07 Pure Coz Napa Proprietary Red was the wine that started the company was a similar blend as the Cab, but with 14% Sangiovese; and the grand finale, making its worldwide debut at Valencia Wine Company, was the ‘09 M. Coz Napa Meritage.  Guest Robert Parker told me later he bought everything from Mitch’s table, guest Viv Ulrich joined me in loving them all too! 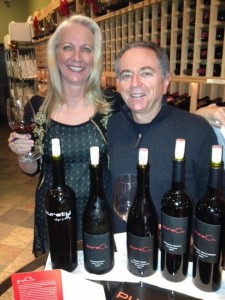 Me and Mitch Cosentino

Next up was Italia Wine Imports served by Robert Pozzi.  I noted that I enjoyed the ‘11 Cantina Valdadige Pinot Grigio, ‘07 Cascina Fontana Barolo and the ‘10 David Sterza Valpolicella Ripasso.

From the 5VinWest table I noted at least three wines that I wanted to buy: ‘06 Handley Pinot Noir from Anderson Valley’s Holmes Ranch, Havens ‘09 Napa Bourriquot of 60% Cab France and 40% Merlot and the ‘09 Havens Napa Meritage. 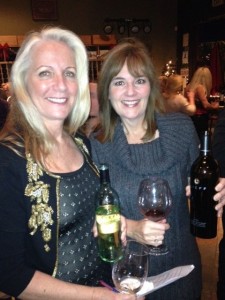 Robert Parker, not the famous wine critic but instead a local SCVer and long-time supporter of Valencia Wine Company, said, “The catering – and it was nice not to run out of food – atmosphere, intimate ambiance are all great…I like the smaller crowd and this venue, as well as all the expert distributors that were chosen.”

Mark White also liked the intimate setting.  “I love it here.  It’s more accessible and I think the wines even taste better here.”

Dave and Nancy Bossert, from their corner table, observed the crowd.  They said that the local caterers, “Golden Girlz”, presented 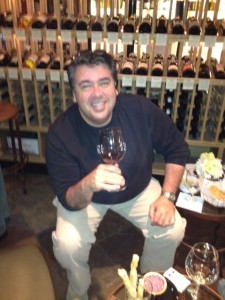 “the best of the best” all throughout the event.  (Editor’s note: Besides the mouth-watering photos, this was probably the third time I had heard that the food was not only great, the ladies continually replenished the platters – that were available in several spots – throughout the entire event.  This is a big deal as it happens more often than I can count that the food runs out way before the wine does at many events.) 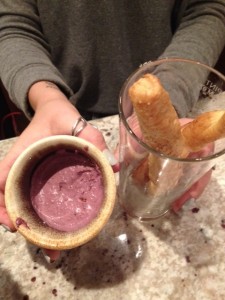 Guest Richard Davis didn’t miss the TPC venue either.  “This is more intimate, and it’s easier to talk.” 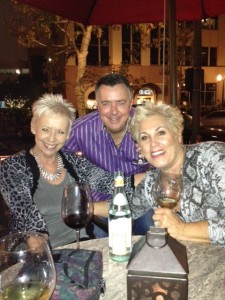 Donna Louis has attended every year of the holiday tasting.  “For us, I love seeing our good friends at the beautiful holiday tasting.  And tonight I discovered four major Pinot Noirs – and I normally enjoy only white wines.” 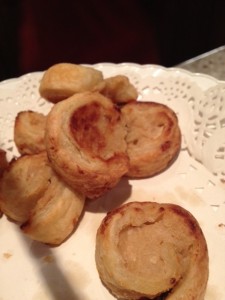 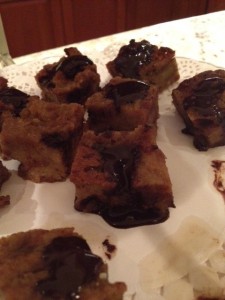 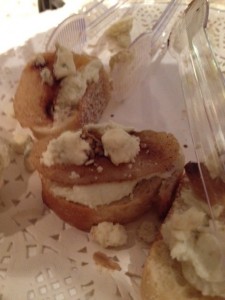 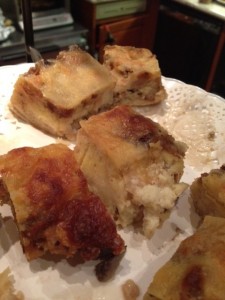 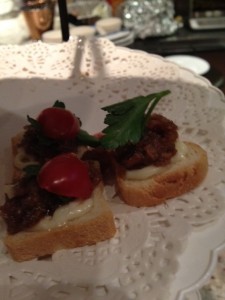 PORTLAND, Maine – Registration has kicked off for Vinexpo America and Drinks … END_OF_DOCUMENT_TOKEN_TO_BE_REPLACED