There is only one thing to do in Eastern Europe when it is 12 degrees Fahrenheit and the snow is knee deep. If you guessed stay at home, you couldn’t be more wrong. The one thing that I love to do is to go to the circus. When I was a young lad and the Ringling Brothers, Barnum and Bailey Circus came to Los Angeles, I pestered my parents to no end to go and see the greatest show on earth.

Reliving a treasured part of my youth also brought back some very fond memories. One in particular was eating black licorice with my father. Pop was quick to point out that for centuries several cultures had used licorice for medicinal purposes. He had my complete attention when he shared that Alexander the Great distributed licorice amongst his troops while marching. This was done primarily due to licorice’s thirst quenching qualities. 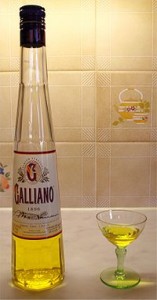 As I got a bit older, it was only natural for Pop to introduce me to my first cocktail. Licorice flavored, of course. Keep in mind that I was only 15 years old, so naturally he selected something sweet. Pop’s preferred cocktail for me was a Harvey Wallbanger. Not only was I introduced to vodka, the licorice flavor of Galliano made quite an impression upon this future sommelier in the making.

Being no stranger to an occasional small glass of wine with dinner, I was intrigued with the entire notion of a cocktail. Doing my research, I learned that a Harvey Wallbanger was named for a Manhattan beach surfer who frequented Duke’s Blackwatch Bar on Sunset Boulevard in Hollywood back in the 1950’s.

By the time I was studying at the Claremont Colleges, Pop introduced me to his favorite licorice liqueur,  Pernod. And after my first summer adventure to Greece, I in turn,  introduced my father to Ouzo. 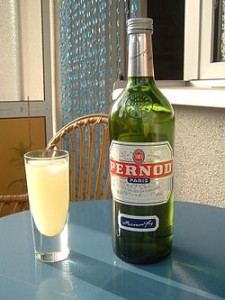 Today I am joined by my long-time friend and fellow sommelier, Elena Boiko. We will be exploring the world of anise-flavored spirits that have a profound licorice flavor.

“Grisha,” Elena flashed me a wide beaming smile. “Besides the circus and your  boyhood memories, what prompted you to invite me over to your place to taste anise-flavored spirits?

“I have been considering some of my travels and the spirits reviewed. I never realized just how popular it is to flavor spirits with anise or the combination of several herbs.”

Anise-flavored spirits are known for their “licorice” taste. Typically this type of flavoring originates from aniseed. Most often licorice flavored liquors will turn a milky white when cold water is added.

“Interesting, the Ouzo effect.” Elena paused to collect her thoughts.”What if we add ice cubes instead of cold water?”

“I would not recommend ice cubes or the freezer,” I paused for effect. “Aniseed has a high freezing point, so all this will do is cause crystallization.” 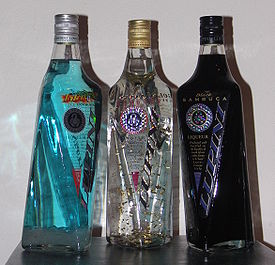 Italians, for example, prefer to drink Sambuca which is a slightly sweeter drink. “Sambucus” is the Latin word for elderberry, which is a key ingredient in this liqueur. In Italy, Sambuca is typically served as an after dinner drink.

“Grisha, I was curious as to why Italians often serve Sambuca with roasted coffee beans and oftentimes light them on fire?”

I then dropped three coffee beans into Elena’s drink. “In Italy, this is the symbol of love,” I flashed her a quick wink. “To light them on fire is the hope of adding a bit of spark to the evening.”

“Budimo,” Elena toasted me with just a subtle hint of coquetry.

Sambuca is commonly bottled at 42% alcohol. It is colorless, and what is referred to as “White Sambuca,” is the most common variety. Other varieties include Black Sambuca or Red Sambuca.

“I like the extra sweetness of the added sugars,” Elena smiled pleasantly. “I would guess that any Sambuca would be too sweet for your palate.”

“Quite true,” I nodded in agreement. “However, I often drink Pastis with my father He has a penchant for Pernod.” 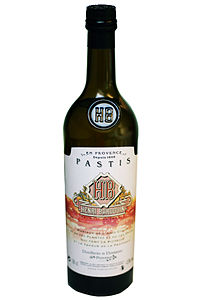 In France, Pastis is often referred to as “the milk of Provence.” This type of liqueur has been around for several centuries and continues to gain in popularity. In France, there are several variations which include Pernod and Ricard. Another important point in  modern recipes is the inclusion of licorice root, and no more than 100 grams per liter of sugar can be added. Historically Although Pastis is popular throughout France, it has long been associated with southeastern France and typically contains 40% alcohol. Pastis from the city of Marseilles is nicknamed “Pastaga” and often contains 45% alcohol.

Our Pastis Henri Bardouin was 45% alcohol and yellowish in color. The bouquet and flavor is pronounced herbal as it contains some 50 different herbs and spices.

“Quite flavorful,” Elena’s eyes crinkled into a smile. “When it comes to palate, I would be more in agreement with your father. However, it is easy to see why your preference is with Henri Bardouin.”

“On an interesting note, the French love to serve Pastis with a variety of syrups,” I paused in reflection. “These include, grenadine, green mint, strawberry, banana, and orgeat.”

“It is sweet syrup made from almonds, sugar, and rose water or orange flower,” I paused on the thought. “Originally, it was made from a barley-almond mix with a marked almond flavor … ”

“Touche,” I toasted her as we finished the last of our Pastis. 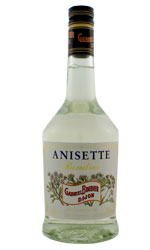 “Grisha,” Elena called for my attention. “I know that Italians are quite fond of adding a  Anisette to a shot of espresso, shall we make a move to the kitchen?”

MOORESTOWN, N.J./PRNewswire/ -- Wines 'Til Sold Out (WTSO) has a new kind of … END_OF_DOCUMENT_TOKEN_TO_BE_REPLACED