We really enjoy our trips to Las Vegas. And one of the things we love is that there are so many incredible wining and dining options there.

That being said, except for occasional exceptions, we’re not really into that whole celebrity chef thing on the Strip. We much prefer finding restaurants a little off the beaten path that provide great [and a little more personal] experiences.

We found one during our last trip – The Barrymore. 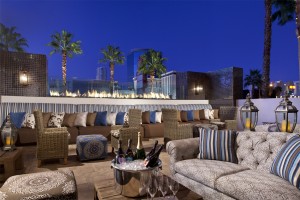 Located on Convention Center Drive just East of Las Vegas Boulevard, in a hotel that one might not expect to hold an exceptional fine dining establishment, The Barrymore provides a return to old Las Vegas in its clubby atmosphere, yet with a thoroughly modern menu and great wine list to accompany it. [Not that there is anything wrong with the hotel; it just isn’t one of the major players located on the Strip.]

For an appetizer, I couldn’t pass up the Pan Seared Foie Gras [darn the California Food Police] and followed it up with the Muscovy Duck Confit. Karen, ever the healthy eater, had the Roasted Heirloom Beets and then the Mediterranean Sea Bass.  All were excellent. Karen also ordered a side of Broccolini, which ordinarily is possibly my least favorite vegetable. I loved it and ate more of it than she did. And the Tiramisu was not only excellent but had a great presentation as well. 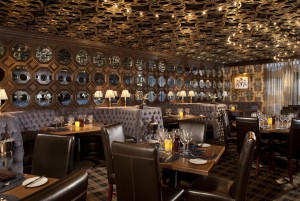 There is a “Captain’s List” of higher end bottles as well. David’s a young guy [late 20s] with a real passion for wine and a realization that in a town such as Las Vegas sommeliers are pretty common. So, he is working hard on adding to his professional designations, as well as adding even more interesting wines to the Barrymore wine list.

Corkage is a reasonable [for Las Vegas] $35. 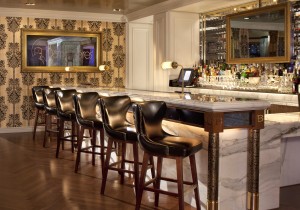 So, next time you’re in Vegas and want to try something unique and off the Strip, give The Barrymore a try.