Who actually first distilled vodka? This is a hot point of contention between the countries of Belarus, Poland, Russia, and Ukraine. The word vodka comes from old Slavic, “voda,” meaning “ water.” The earliest documented evidence that mentions vodka comes from Poland. Dating back to 1405, in the Akta Grodzkie, the court documents from the Palatinate of Sandommierz of Poland we find the first mention vodka. On a more interesting point, wodka (Polish pronunciation), was actually a reference to the chemical compounds found in the medicines of the time. In 1533 we find another mention of wodka as a medicinal drink purchased by the Russians from Kievan Rus merchants.

There is an interesting old tale told throughout the vodka drinking belt of the story of Russia’s first purchase of vodka from the Poles. The transaction was carried out by Kieven Rus (Ukrainians) merchants who hired Belarusians to transport the shipment. The Belarusians fell so passionately in love with vodka, they stole the recipe.

Personally, I do in fact that vodka first originated in Poland. However, keep in mind that in the western areas of the previously mentioned countries lie the vast wheat fields on which the original recipe for vodka was based.

Once again my sojourn has taken me to one of vodka’s premier producers, Belarus. I do not often find my way to the country’s capital of Minsk. The political climate of Belarus is an uneasy one at best, at least for citizens of the United States.

During the Bush Administration, there was considerable criticism of Belarus’ president, Alexander Lukashenko. Even today, he is still seen as Europe’s last dictator and rules his country with the iron fist of a Stalin. 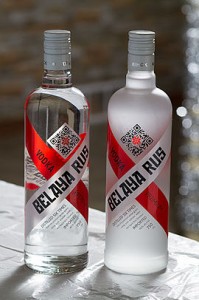 Today I am joined by long-time friend and fellow sommelier, Polina Kovalevich. We are Polina’s favorite hipster venue, Doodah King Bar. This is a popular nightspot that makes its take from the classic Rock n’ Roll of the 1950’s. We will be tasting some of Belarus’ most popular vodka exports.

“Are you ready for our first selection?” Polina presented me with a bottle of Belaya Rus Vodka.

Translated as “White Russian” vodka, it is distilled from 25% winter wheat, 75% rye, and pure artesian waters coming from wells of over 1000 feet in depth. Belaya Rus is then distilled six times and filtered with a patented method of using black flint known as “Cremia.” This mineral can only be found in Belarus and is what the locals attribute to the smoothness and the wealth of minerality found in this premium vodka. With an alcohol content of 40% and a price tag of $15, Belaya Rus is an exceptional buy.

“I agree,” Polina was quick to add. “I often enjoy Belaya Rus when I’m out with my friends.

Our next selection, Minskaya Kristall, is the flagship vodka of Minsk Kristall, Belarus’ leading distiller. To add to its list of credits, Minsk Kristall is also one of the country’s oldest distilleries dating back to 1893. The company boasts a unique and patented patented process of one liter of alcohol for every six years of water. The final product is then filtered just one more time beforer bottling. The alcohol content is 40% with a price tag of $50. 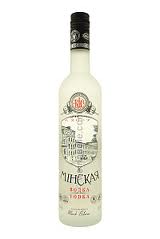 “I love the full aroma and flavor of Minskaya Kristall,” Polina clearly displayed her pleasure.

“I was pleasantly surprised by the minimal to almost no burn.” I nodded lightly. “A soft vodka indeed and definitely your palate.”

Our last selection, Platinka, is probably the most recognizable to American vodka drinkers who know the spirits of Belarus. Platinka is distilled in the city of Brest from 100% rye mash and distilled five times. This “Lux” vodka is then undergoes a traditional filtration through coal, with a final step of being filtered through platinum enriched elements. A very unique vodka of 40% alcohol and a price tag of only $30.

“I think the enriching is definitely what makes Platinka,” Polina smiled softly. “It is is a very drinkable vodka.”

“I agree,” I replied with a nod. “In the States, Platinka is by far the most popular of the Belarusian vodkas.”

“Well Grisha, shall we make a move?” Polina inquired. “I know a lovely little café that serves the most delicious Belarusian style borsch.”

“But that my friends, is another story ”