Teaching the courses will be acclaimed Master Sommeliers from around the United States:

Les Marchands Wine Bar & Merchant is a labor of love between two sommeliers, Brian McClintic and Eric Railsback, whose wine trips to Paris and Burgundy have inspired a fresh and dynamic vision for retail, dining, and education.   Translated as ‘the merchants’ or ‘the shopkeepers,’ Les Marchands strives to create an environment where intimate product knowledge meets intimate guest interaction. They emulate the respected wine merchants they’ve encountered who distinguish themselves by seeking out quality-conscious producers, back vintage bottlings, and rare cuvees not typically seen on the open market.  Les Marchand’s import selections are Eurocentric, representing the most relevant producers in France, Italy, Austria, Germany, and beyond.  On the domestic side, the focus relies heavily on local producers who are shaping and redefining the region.

Les Marchands’ commitment to sourcing out the finest products starts in the cellar and spills over into the kitchen, where quality meets execution and the simplest dishes aspire to greatness. Share some mainstays from their cheese and charcuterie program, such as Point Reyes Toma and Jamon Iberico. Customers can drop in and enjoy seasonal offerings including fresh oysters, salade de lentilles, crostini with marinated white tuna, watercress, lemon vinaigrette or house-cured salmon, tarragon creme fraiche, and pork rillettes, whole grain mustard, Jacobsen sea salt.

About the Master Sommelier 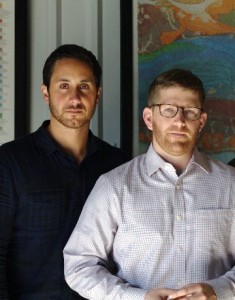 for more information the public can visit or call