WHO:
Brian McClintic, managing partner of Les Marchands Wine Bar & Merchant, the wine bar and retail store which opened in 2013 to rave reviews in Santa Barbara’s Funk Zone. Teaching the courses will be acclaimed Master Sommeliers from around the United States:

Featuring a 12,000-bottle Wine Cellar (awarded Wine Spectator’s Best Of Award of Excellence) and an onsite Foley Wine Tasting Room, Bacara has established itself as the premier Santa Barbara resort destination for wine aficionados. Embodying the essence of the American Riviera lifestyle, Bacara is nestled on the bluff and beaches of the Gaviota coast, just 40 miles from the famed Santa Ynez Wine Country and five miles from the Santa Barbara Airport. 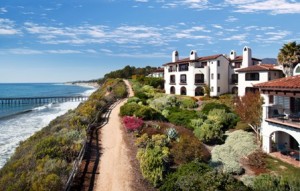 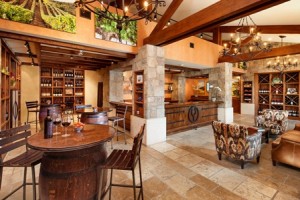 About Brian McClintic:
Brian brings 15 years of hospitality experience with him to Les Marchands Wine Bar & Merchant, a career spanning the major restaurant hubs of Los Angeles, Aspen, San Francisco, and now Santa Barbara. McClintic was one of four subjects featured in the acclaimed documentary SOMM, which chronicled his journey to the elusive Master Sommelier title, becoming the 107th individual in the U.S. to attain this honor. SOMM, distributed by Samuel Goldwyn Films, opened in 2013, receiving rave reviews by the public and film critics. In addition to Les Marchands, Brian, and business partner Eric Railsback, have teamed up on a Santa Barbara Syrah project called Vallin, along with local winemaker Justin Willett and fellow Master Sommelier Dustin Wilson. In its inaugural year, McClintic was named as “The Wine Guy to Hire” by Departures magazine and awarded “40 Under 40 of America’s Tastemakers by Wine Enthusiast in 2014.

About Reggie Narito:
Reggie Narito is one of only 219 people in the world and one of only three Filipino Americans to hold the prestigious title of Master Sommelier. A native of Alameda, California, Reggie began his career in the restaurant industry at the age of 17 and has worked in noted Bay Area restaurants such as Star’s in San Francisco, Le Papillion in San Jose and the Plumed Horse in Saratoga. He has consulted in the design of numerous beverage programs throughout the Bay Area. He is currently employed with the Estates Group, the Fine Wine division for Young’s Market Company, working as the VP of Fine Wine in California. He also appears in the recently released movie SOMM. He resides in San Jose with his wife Kim and their three children.

About Jason Heller:
Jason Heller became involved in wine professionally in late 2005 while living in Hawaii. After moving to Napa Valley in 2008, he first ran the beverage program for Thomas Keller’s Michelin 1 Star Bouchon Bistro in Yountville before moving down the street to become Wine Director at Redd, also a Michelin 1 Star. A move onto the winery side of the business led to a position as Director of Education for Harlan Estate, BOND Estate and Promontory wineries. He was awarded first place at the National Chaine des Rotisseurs Young Sommelier National Finals competition in 2009 and Wine and Spirits magazine named Jason a “Best New Sommelier” in 2009. In 2010 he placed 1st overall in the inaugural national TOP|SOMM competition as “Best New Sommelier”. In 2011 Jason passed the rigorous Master Sommelier exam and is currently the National Sales Manager for DANA Estates winery in Rutherford, California.

About Jay Fletcher:
Jay Fletcher is the Executive Director of Fine Wine for Southern Wine and Spirits of Colorado. Fletcher is an accredited Bordeaux Educator from the L’Ecole du Vin in Bordeaux, as well as being a Commandeur d’Honneur from the Commanderie du Bontemps of the Medoc, Graves, Sauternes and Barsac. Jay is Chairman Emeritus for the board of directors of the Court of Master Sommeliers Americas and serves as a Master Level examiner for the organization. Fletcher has worked his way through all aspects of the restaurant and wine industry over the last forty years. He has solid experiential knowledge of the operation and management systems needed to run successful restaurants, wine programs, and wholesale beverage operations. In 1996 Jay passed the prestigious Master Sommelier Exam in London, England, to become the 30th American to hold the title of Master Sommelier.

Fletcher travels around the country as a guest speaker and educator at hundreds of wine events and is one of the founding members of the Guild of Sommeliers Education Foundation as well as the Cellar Master for their extensive wine collection. During his term as Chairman of the Court of Master Sommeliers, Jay was involved in the production of the cult sommelier movie SOMM and was featured in the film.

for more information the public can visit or call
Les Marchands Wine Bar & Merchant
www.lesmarchandswine.com
131 Anacapa Street, Santa Barbara, California 93101
at the corner of Yanonali and Anacapa
805-284-0380
join us on Facebook: www.facebook.com/LesMarchandsWine
follow us on Twitter: @LesMarchandsSB