The recent boom in sales of Prosecco is a story that continues to generate great interest among both the trade and consumers in the US. As is often the case when demand for a product grows, so does supply and choice. With many Proseccos on the market, deciphering quality can be a challenge, and is often touted as an inexpensive, easy-drinking alternative to Champagne. However, there are producers in Italy’s Veneto region producing high-end Prosecco with many characteristics that distinguish it from other brands, and Bisol (www.bisol.it) is one of the winemakers who is spearheading this constant pursuit of quality.

Before I get into tasting notes on the two Proseccos sent by Bisol for review I give you:

A Funny Story About Prosecco

I became a fan of Prosecco due to its price tag, I admit it, but spending a little more for a good bottle is also fine with me. I love its crispness and easy pairings with seafood, cheese and not-too-spicy fare. Not to mention how perfect it lends itself to the Italian Aperol Spritz cocktail (recipe here.)

Somehow my love of Prosecco transferred to my mother. She’s had my Spritzer, and my Prosecco, many times. When her birthday came up this year she asked for six bottles so she could bring one a month, for six months, to her book club meetings. But then, an unexpected crisis occurred: My brother came to visit.

On Day One of my brother’s visit my mother generously shared a bottle from her Prosecco stash. She recorked the bottle at the end of the evening to finish the next night. When I visited on Day Three of my brother’s seven day visit he planned on opening another bottle.

My mother was stunned. This was her book club Prosecco. I offered to take my brother to one of my favorite wine stores to pick out something else. He refused. I prefer to think he was teasing my mother; she thinks he was aiming to get her into an early grave.

While my brother and I did duck out – for lunch without wine – my mother announced that while we were gone she had taken the remaining 5 bottles to her neighbor to hold for her until my brother left. We were speechless.

I figured my mother’s neighbors thought my brother was some kind of alcoholic, and she would be bringing over her Nyquil next.

On Day Five when I visited again…I brought a bottle of Prosecco as the “Prosecco Wars” were still going on. After my brother’s visit ended my mother admitted to me that she had never removed her Prosecco from her house, she had hidden it under her bed.

The moral to this story: Everyone loves Prosecco.

Now, back to our scheduled tasting:

Then we look at Their Tasting Notes – Bisol’s varied product line also includes Jeio Prosecco DOC (SRP: $17), produced with grapes from the low-lying hills of the Veneto. This beautiful straw yellow Prosecco has a refined balance between acidity and minerality. The floral bouquet of apple, apricot and fresh meadow flowers compliments the fruity flavors and dry finish. Jeio’s fresh, youthful character pairs well with light food and canapés and is an ideal start to a meal or simply as an aperitif. 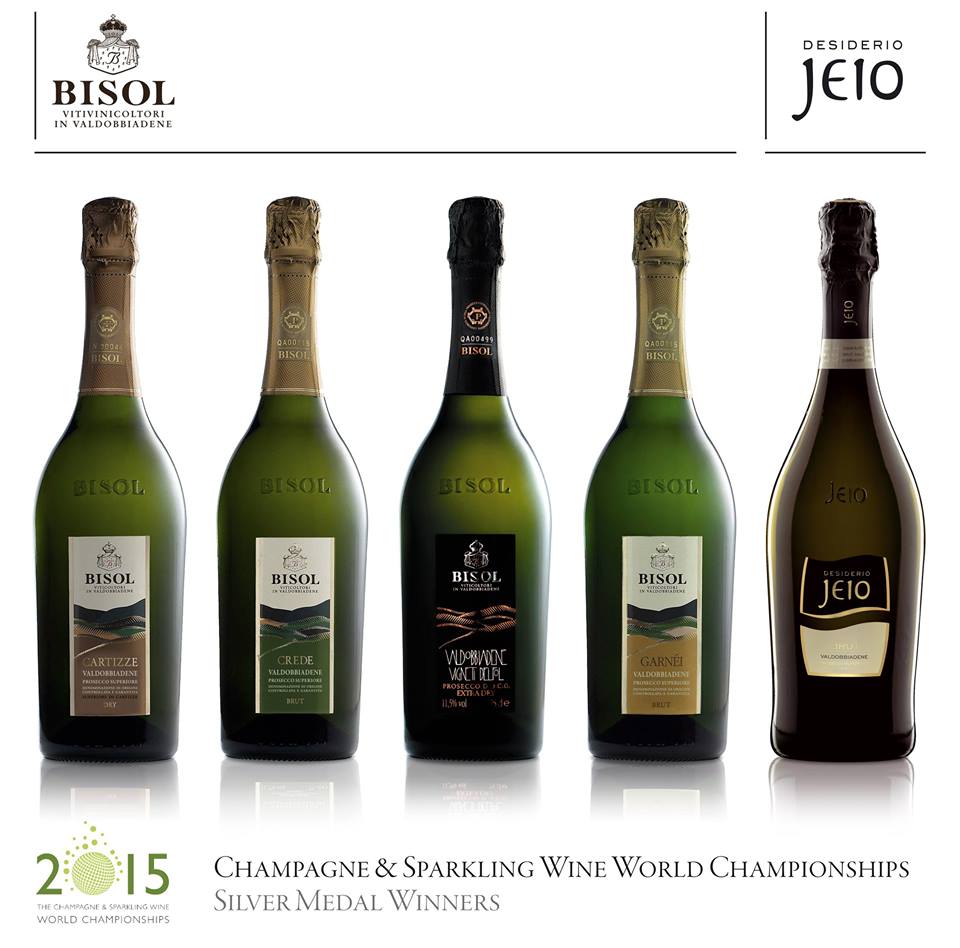 Then we look at Their Tasting Notes – The result is the single-vineyard Bisol ‘Crede’ Valdobbiadene Prosecco Superiore DOCG (SRP: $25) which is produced from the Glera grape varietal, together with Pinot Bianco and Verdiso grapes grown on the steep south-facing hills of Bisol’s vineyards in Valdobbiadene. With a brilliant yellow-green color and a fruity bouquet that is reflected in its flavor of green apples and pears with balanced acidity.

LOVINGSTON, Va./PRNewswire/ -- Virginia Distillery Company and members of the … END_OF_DOCUMENT_TOKEN_TO_BE_REPLACED