Getting to meet the newest (8th Generation) Estate Director and third female Director in the history of Chateau Angelus, Stéphanie de Boüard-Rivoal, was a huge treat for me. Add that we would meet over dinner at Wolfgang Puck at Hotel Bel-Air – and taste at least five different vintages – and I was over the top with delight. 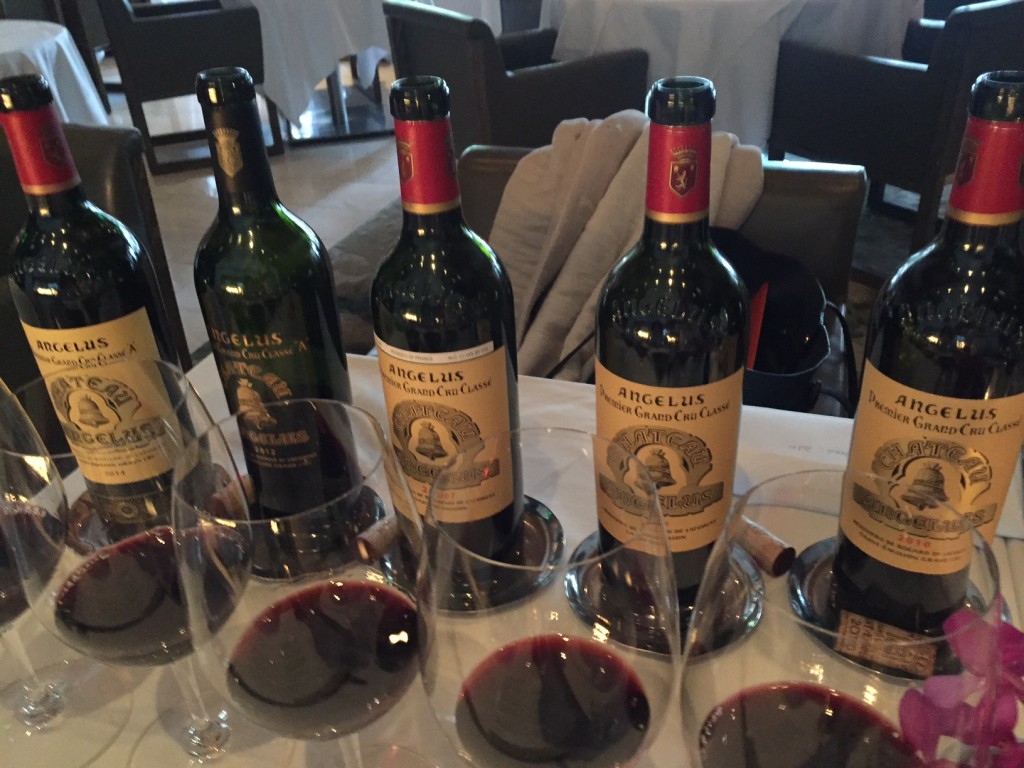 Stéphanie was enchanting, the venue and food lovely – all eclipsed by some remarkable vintages that were chosen to show us the range and depth of the wines. We tasted in this order:

2014: (Bottled September 2016, this latest release marks the 30th vintage with a banner on the bottle). Ripe and dark with black fruit as well as raspberry, earth and smoke. Remarkably open and ready to drink. 94 Eve pts.

2012: (With a gold embossed bottle in honor of the new class A distinction.) Great fruit flavors like plum and blueberry were followed by mushroom, spice and had a great backbone. This was my favorite. 97 Eve pts.

2007: (Stéphanie said she loved this one.) Big fruit that included black plums, blackberry, a bit softer on the spice, cigar and dark tannins that were starting to soften. The red fruit really opened up in the mouth. 94 Eve pts.

2006: The fruit – red to black – had aged perfectly; the wine was dry, mildly spiced and held a perfect balance. 97 Eve pts.

2010: (Thought to be the most outstanding.) Bolder fruit, peppery, tannic, Stéphanie said it was opulent, one of the best they’ve produced, and my second favorite. 97 Eve pts.

Did you miss me? My blogs over the past two weeks were “Vintage Eve” articles as … END_OF_DOCUMENT_TOKEN_TO_BE_REPLACED