People often ask how I got started on this wine journey, both as a writer and as a marketing consultant. Let me start with the wine, of course! 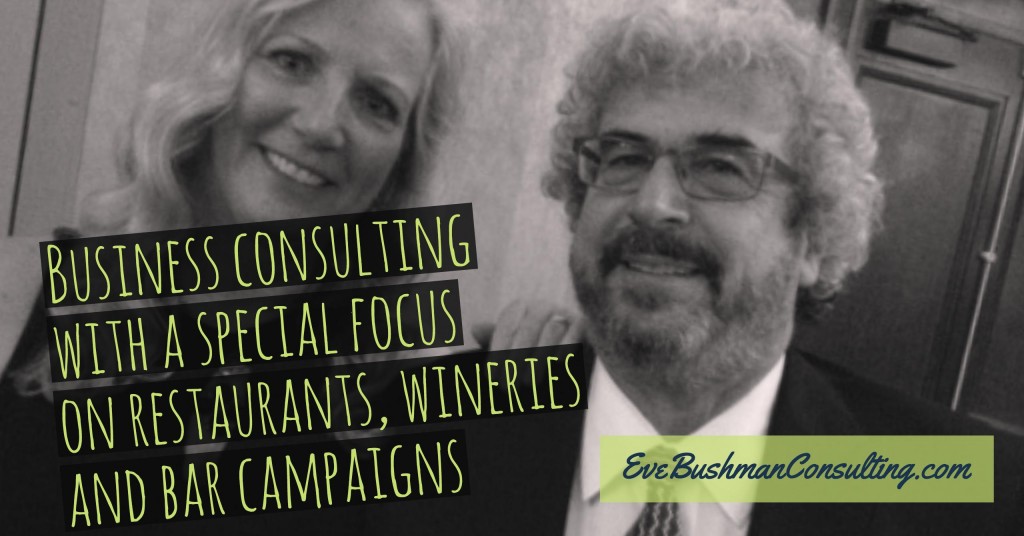 Drinking wine came well before tasting it – sounds crazy but it’s true – But I was perfectly satisfied with a box of Franzia wine for a glass of something cold and pink in my early twenties. I met my future husband, and soon after his sister took us wine tasting – a vertical at Concannon.

From there we were hooked. Classes at the Wine House in West Los Angeles, local wine tasting trips and a subscription to the Wine Spectator wine magazine.

Within ten years of my study I was also a columnist for the Signal newspaper. I wrote a snarky weekly column called “Eve of Destruction”. After 9/11 I had a change of heart and grew a heart – married to a fire chief does that to you – and I retitled my columns “Another Face of Eve”.

Then John Boston, long-time Signal columnist and author, took over the then titled “Escape” weekly entertainment section. He asked what else I could write about for him. I said book reviews and wine reviews. I had been in a book club for a long time, not as long as I had been drinking wine, but both seemed to be a good fit. Boston agreed.

But then…I quickly noticed that there were rewards for wine writers that wanted to hone their craft. Invites to dinners, tastings, events and classes were being extended. No one was sending me free books to review, so I tossed my books in a heap – except the wine books I was now reviewing for review – and immersed myself in wine. That was 10 years ago.

During the past decade I’ve spent time as an “armchair writer” while my daughter was young and, later, time visiting and interviewing winemakers from my own home in the Santa Clarita Valley to Lompoc, Los Olivos, Monterey, Carmel, Napa Valley, Sonoma and finally, the mother lode: Bordeaux. I definitely have more to see.

Before I “immersed myself in wine” I had worked as a manager in both retail establishments and in the medical field. Within ten years I had taken several continuing education courses on how to make these different businesses more profitable, had found a few mentors, started a group of brainstorming managers…and you guessed it: I started consulting.

While I never dreamed that these two interests would ever intersect along came Michael Perlis. Michael knew of me from my years at the Signal, and once I made his acquaintance we were both convinced that we had to work together! I have never been so happy in my career! Michael offered to edit all of my articles (in every publication which by now included books and magazines) and offered to write a weekly column in my fledgling website: Eve’s Wine 101.

Michael and I were covering a lot of events pretty quickly. And, due to my friendship with another wine friend, Roman Weiser, we started working together – with a ton of local winemakers – for our Pour Into events: Pour into Haiti and Pour into Sandy. Fast forward some more, and suddenly we were being asked to help almost every non-profit in the Santa Clarita Valley marketing their wine events.

Then, a for-profit business asked us for help. Michael urged me to start Eve’s Wine 101 Consulting, which, due to my former contacts, became Eve Bushman Consulting.

And the rest, like our upcoming Cocktails on the Roof, is history.