Luckily for everyone at the Union des Grands Crus Bordeaux tasting of the 2012 vintage there already was a buzz going. It may have accounted for the long winding line, that moved really fast once the doors to the venue, the Museum of Flying at Santa Monica Airport, were thrown open. 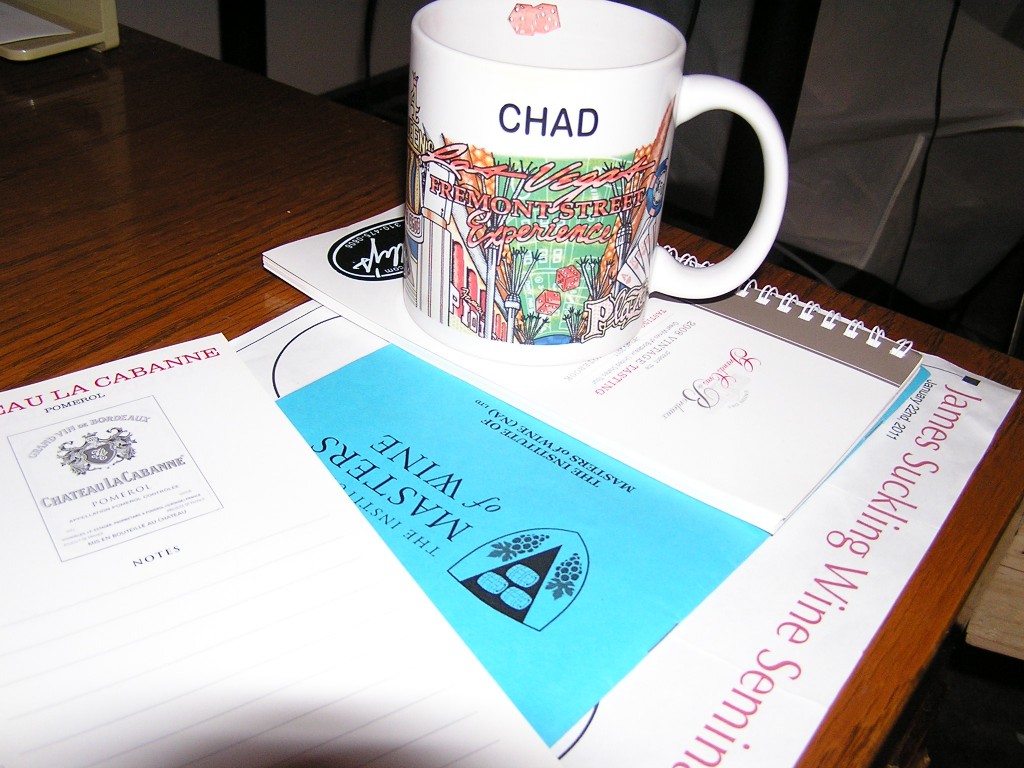 Guests also knew they would, “Meet the world’s greatest winemakers and Chateau owners, be among the first to taste over 100 wines from the excellent new 2012 vintage (and be tasting in) the single largest private Bordeaux wine tasting in Los Angeles” according to our hosts, Wally’s Wine and Spirits.

We were to have “An opportunity to taste the 2012 vintage from top producers from Margaux, St Julien, Pauillac, St Estèphe, Listrac, Moulis, Médoc, Haut-Médoc, Graves, Pessac-Léognan, Saint-Emilion, Pomerol, Sauternes and Barsac (and) all proceeds benefitting Food on Foot.”

For me I had seen this quote from wine writer and judge Wilfred Wong that got me revved up, “One of the great tastings for anyone who really wants to understand wine is the UGC Bordeaux Event. This year the organization was presenting the 2012 Bordeaux. As I tasted through 91 wines, my palate reinforced the notion that this a good, pretty solid vintage…Overall the classifieds made very good wines. Pomerol seemed to be the best, St. Emilion was pretty good. Margaux and Pessac quite good and the northern Medoc, a shade lighter…I look forward to enjoying many of these wines over the next 6-15 years. The classifieds are amongst the most solid wine producers in the world.”

“Chad the Wino” whose real name is still unknown to me but had garnered followers by the thousands on Facebook before deserting us, said, “UGCB R-O-C-K-E-D! 75 tastes, 1 dump, no spits.”

Once there I noted several wines in the Blanc category that proved to cleanse my palate with their round fruit flavors and acidity. Most of these were made from Semillon and Sauvignon Blanc, some also had Sauvignon Gris and Muscadelle.

The Rouge category was, as is the usual case for red Bordeaux, predominantly Cabernet Sauvignon and Merlot, some also with smaller percentages of Cabernet Franc, Carmenere, and Petit Verdot.

Our sweet Sauternes were from Semillon and Sauvignon Blanc, some added in Muscadelle.

In general, I found the 2012s palatable now as well as age worthy; with great balance, fruit and spice, in that order. Of my three-page tasting sheet I made several notes, but mostly just to note which I’d tasted, which I liked and which I wanted to buy. See the list below, if it’s in bold it’s one I hope to have more of! (And I certainly didn’t try everything, so use this only as a short guide.)

About The Union des Grands Crus de Bordeaux (aka UGC)

In Bordeaux, man has learnt to extract the very essence of an exceptional terroir and an exceptional climate. Moving beyond this mastery – born of a constant concern to improve the quality of their wines – the chateaux owners experienced very early the desire to share their passion with wine lovers the world over.

It was this desire to bring to the attention of the world the best of Gironde’s production that lay at the heart, in the 1970s, of a totally innovative approach to communication.

At that time, the initiatives that the viticulturists attempted abroad were the act of rare official bodies that brought together vintages drawn from the same geographical origin: in many cases the A.O.C. (Read more here)

Did you miss me? My blogs over the past two weeks were “Vintage Eve” articles as … END_OF_DOCUMENT_TOKEN_TO_BE_REPLACED