Venice, CA – After four centuries in Japan and almost four decades in the United States, CHAYA continues to transcend convention between Japanese and American dining, inviting guests to discover innovative Japanese-Californian cuisine along with an unprecedented new beverage program as the CHAYA Restaurant Group officially transitioned the 28-year-old Chaya Venice into CHAYA Modern Izakaya on Wednesday, May 23rd, 2018! 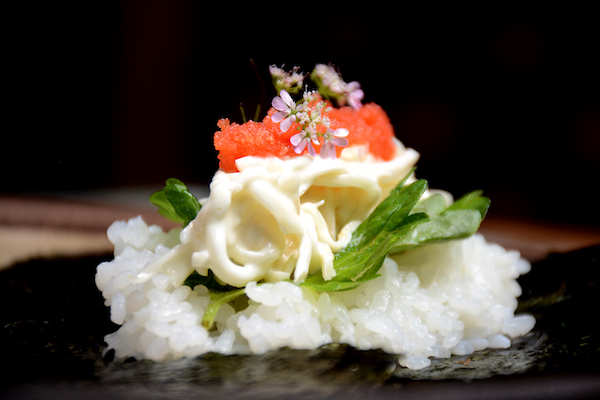 With roots deeply planted in over 400 years of Japanese history, CHAYA originally evolved from a beloved teahouse in Japan in the 17th century, then to an imperial summer villa in Japan in the 19th century. In the early 20th century CHAYA Japan became a landmark dining destination known for providing exquisite service and catering to the royal court and Japanese government officials, to then landing in Los Angeles in the 1980s, ultimately becoming a pioneer of fusion cuisine by introducing the revolutionary combination of French and Japanese ingredients and culinary techniques, while catering to many loyal guests for almost 40 years, including artists, actors, titans of industry, and foodists alike. “CHAYA has existed in some incarnation or another for the last four-hundred plus years, as long as the earliest izakaya. Part of the essential CHAYA DNA is adaptability and fusion, and CHAYA Modern Izakaya bridges the past with the present, while allowing CHAYA to move forward into the future pioneering a marriage between Japanese and Western traditions, fresh ingredients, and contemporary culinary techniques,” says Owner and President Yuta Tsunoda.

At CHAYA Modern Izakaya, an innovative team of chefs have come together for the first time to combine their skills and showcase their expertise, utilizing local seasonal ingredients, the highest-quality seafood, poultry and meats. Corporate Executive Chef Yukou Kajino delivers not only a deft hand to creating inspired cuisine, but also an intimate knowledge of the kitchen, the dining room and its guests, overseeing all aspects of menu development. Driven by the notion that cooking has no boundaries, Executive Chef Joji Inoue exemplifies a “Seafood Samurai,” showcasing his transcendental views through a respected culinary expertise. From introducing special omakase experiences at the Kaiseki Chef Counter, to pushing the boundaries on what one is capable of producing, Chef Joji elevates CHAYA Modern Izakaya’s commitment to innovation. Kaiseki Chef Katsuyuki Wako, whose tutelage and resume speak of his extensive Japanese education and extraordinary skill in the authentic culinary art of Kaiseki, brings balance and harmony to this powerful team with his meticulously prepared and exquisitely served multicourse meals that are as visually appealing as they are flavorful. With a perfectionist eye and Kaiseki palate, Chef Wako brings his seasonal and spontaneous mindset to Chef Joji’s European training, thus continuing the CHAYA cycle of bridging eastern philosophy with Western techniques.

Together, this indelible team introduces a new Modern Izakaya Dining Menu while also featuring daily special Omakase Menus, showcasing a sampling of each Chef’s passion and ingenuity as they present the best bites and specials of the day, allowing guests to enjoy individual culinary adventures by way of technique, presentation and flavor. Guests who opt to enjoy the new CHAYA Modern Izakaya Dining Menu can begin their meal with the Raw section, starting with the Seared Albacore “Aburi” with ponzu, serrano chili, and garlic chips. For an array of Salads & Vegetables guests can enjoy delicate delights like the Chrysanthemum Salad prepared with Enoki mushrooms and bacon vinaigrette, or the Crispy Sunchoke featuring tomatillo miso, crème fraiche and ikura. From the ocean comes an assortment of Seafood with special selections such as the flavorful Grilled Octopus accompanied by papaya and yuzu tamari. If Meat and Poultry is what you crave, the Chefs have you covered with specialties such as the Grilled Jidori Chicken dressed with lemon kosho. The Rice, Noodles, Soup section of the menu offers comfort food at its most opulent with selections such as the Wagyu Chazuke comprised of rice, dashi tea and shiitake. Completing this diverse and multicultural menu are the Rolls, Hand Rolls section with delectable offerings unique to CHAYA Modern Izakaya such as the Celery Root Remoulade & Spicy Pollock Roe Hand Roll and the Spicy Scallop Lettuce Hand Roll. Just as each dish is carefully created to ensure all ingredients unify, so goes the harmony between food and service. At CHAYA Modern Izakaya, guests will experience the philosophical art of omotenashi, an unparalleled level of hospitality emanating from the very heart of Japanese culture. Executing the best of service, CHAYA Modern Izakaya excels and aspires to anticipate the needs of each and every guest.

Completely reintroducing and redefining a new cocktail program, CHAYA Modern Izakaya introduces the bar industry’s best kept secret, Cocktail Consultant Feisser Stone. With a reputation for crafting unique handcrafted cocktails, Stone is no stranger to iconic L.A. concepts having worked behind the stick at top L.A. restaurants such as Hinoki and the Bird, Scopa Italian Roots and Felix Trattoria. Now, the head of his own consulting company, Barlingual, Stone describes his approach to the CHAYA Modern Izakaya cocktail menu as “Hyper-focused on introducing familiar concepts with an innovative twist.” Part of Stone’s twists include playful spins on Specialty Cocktails like the Highball Cocktail, comprised of Suntory Whisky Toki and club soda, or the Son of a Beesting featuring gin, ginger, honey, lemon, and lavender bitters. Then take a journey to the Far East Side prepared with tequila, sake, cucumber, lime, and shiso, or enjoy the Golden Shrine made with Toki Whisky, Bénédictine, and bitters.

Additionally, CHAYA Modern Izakaya offers a highly curated selection of spirits and Japanese Whisky, the latter of which is offered in 1 oz. tasting pours, as a way to introduce these tantalizing and oftentimes rare whiskies to new guests. Named by Forbes as one of the “10 Japanese Whiskies To Try Now,” Akashi White Oak, hails from Japan’s smallest whisky distillery, where only two months out of the year are dedicated to whisky production. The recently discontinued Hibiki 17 Yr and its award-winning sibling Hibiki 21 Yr are two of the most sought-after whiskies on the planet, utilizing a mix of American, European, and Japanese wood, these whiskies are then barrel-aged and bottled at 86 proof. Alternatively, CHAYA Modern Izakaya offers Sake By the Glass options, such as the Miyasaka Yawaraka Junmai, described by General Manager Joe Ando as having “Notes of caramel and a hell of a lot of charm.” Pairing particularly well with Chef Joji’s Izakaya fare is the full-bodied Yamato Junmai, clean in flavor, with a smooth texture and some funk that old school sake drinkers crave. Sake By the Bottle offerings include Masumi Arabashiri, a very unique unpasteurized first-run sake, with a vibrant, floral flavor as fresh as if you were tasting it directly at the brewery, and Tamagawa “Kinsho”, a double-gold winning Daiginjo sake brewed by Japan’s first ever non-Japanese Brewmaster, Philip Harper.

To complete the transformation from Chaya Venice to CHAYA Modern Izakaya, implementing key design elements was imperative. Phase one of this metamorphosis began eighteen months ago when Designer C.S. Valentin of Bogus Studio brought the focus back to CHAYA’s Japanese roots, creating the eye-catching hinoki, the cedarwood plank façade along the exterior, finalizing the effect with a noren, traditional fabric dividers used to separate two spaces and protect the interior from the elements. Enforcing versatility with an overreaching common language in Japanese mid-century motifs, Valentin fully actualized the Dining Room with black powder coated metal, walnut, brass, and leather, reinforcing a Japanese identity with a modern California feel. Phase two of the CHAYA Modern Izakaya transformation was finalized over the last five months starting with the reimagining of the former Kaisen raw bar to the new Kaiseki Chef Counter, where guests can now enjoy an up close and personal experience, marveling at the skills and talents of their Chef while enjoying a specially curated Omakase meal. CHAYA Modern Izakaya also unveils a stunning new Cocktail Bar, where custom backlit shelving now fully displays the premium spirits and eclectic sake collection served at CHAYA Modern Izakaya. The sweeping bar counter also offers prime seating for guests to observe the craftsmanship of the bartenders executing each libation with the utmost integrity.

Whether it is cocktails after work in the lively bar and lounge, sampling an array of dishes on the new modern Izakaya menu amongst friends in the dining room, or enjoying the ever engaging Omakase Menu at the Kaiseki Chef Counter, CHAYA Modern Izakaya is a vibrant experience in a spirited atmosphere offering individual culinary adventures by way of service, technique, presentation and flavor!