(ST. HELENA, CALIFORNIA – HALL Napa Valley, one of the leading luxury Cabernet Sauvignon producers in the world, has announced details about two regional events celebrating the release of its flagship wine, Kathryn Hall Cabernet Sauvignon. The events will take place in both Nashville, TN on September 10 and Phoenix, AZ on September 12, and will serve as the regional release parties for the flagship Cabernet Sauvignon. The national Kathryn Hall Release Party will take place prior to the two regional events on September 7 at the HALL St. Helena Winery located in Napa Valley.“We are always looking for new, wine-loving cities where we can make new friends and see again our wonderful club members,” says Vintner Kathryn Hall. “We heard you calling, Nashville and Phoenix, and are thrilled to be heading your way to celebrate the incredible 2016 vintage.” 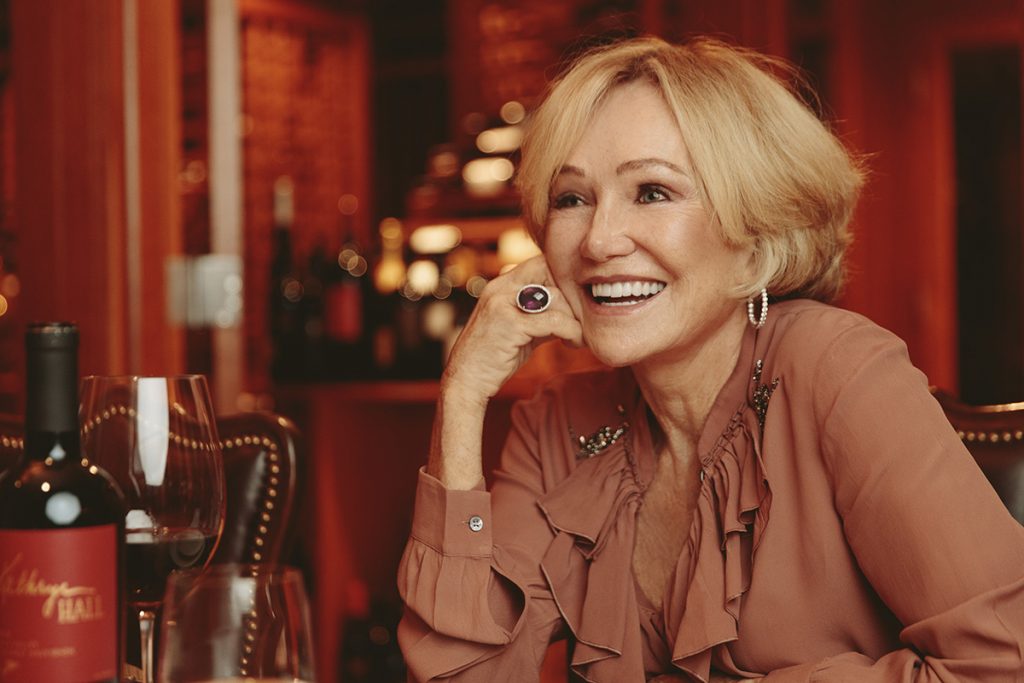 Both events include two ticket offerings; a VIP Ticket for $200 per person that includes a six-year Vertical Tasting of Kathryn Hall Cabernet Sauvignon wines led by HALL President Mike Reynolds and Vintner Kathryn Hall herself, as well as the Main Event Ticket for $125pp. The VIP Ticket includes access to the Main Event. Additionally, each city will include an acoustic performance by two notable artists during the Main Event including American Soul singer Maggie Rose in Nashville, and pop-rock singer/songwriter Jon McLaughlin in Phoenix. Guests will also receive a copy of A Perfect Score as part of the ticket price, a New York Times Bestseller written by both Craig and Kathryn Hall. Guests will also have the chance to meet Kathryn and have their books signed during the event.

Historically, the Kathryn Hall Cabernet Sauvignon is defined by its core of dark, succulent Sacrashe Vineyard fruit from the Rutherford Appellation at the top eastern ridge of the Vaca Mountain range in Napa Valley. The wine is characterized by an interplay of elegance and concentration and displays voluptuous, dark berry fruit aromas with notes of crushed lavender. Kathryn Hall Cabernet fans throughout the country have been purchasing the flagship wine as an entertaining staple when hosting friends and family for the past 25 vintages.

Additionally, the annual Kathryn Hall Release Party and official public release will take place on Saturday, September 7 at HALL St. Helena. Tickets are available for purchase here.
Since the first vintage was produced in 1992, this wine has been one of the highest rated in HALL’s portfolio, earning 90 scores rated 90 points and above from the industry’s top critics including The Wine Advocate, Wine Spectator, Wine Enthusiast, and Vinous. Most notably, the 2008 Kathryn Hall Cabernet Sauvignon earned the #2 spot in Wine Spectator’s “Top 100” list in 2011. The wine is named after Kathryn Hall who is most known globally as the former United States Ambassador to Austria, and as a philanthropist who has helped raise awareness and funds for numerous non-profit organizations. Hall is also a New York Times Bestselling author.
For more information, please visit www.hallwines.com, follow on social @hallwines, or by calling 707-967-2626.