ST. HELENA, CA – Luxury wine producer, HALL Family Wines, has announced that Alison Frichtl Hollister has been promoted to the position of Senior Winemaker for the HALL, WALT and BACA brands, working with Director of Winemaking, Megan Gunderson. 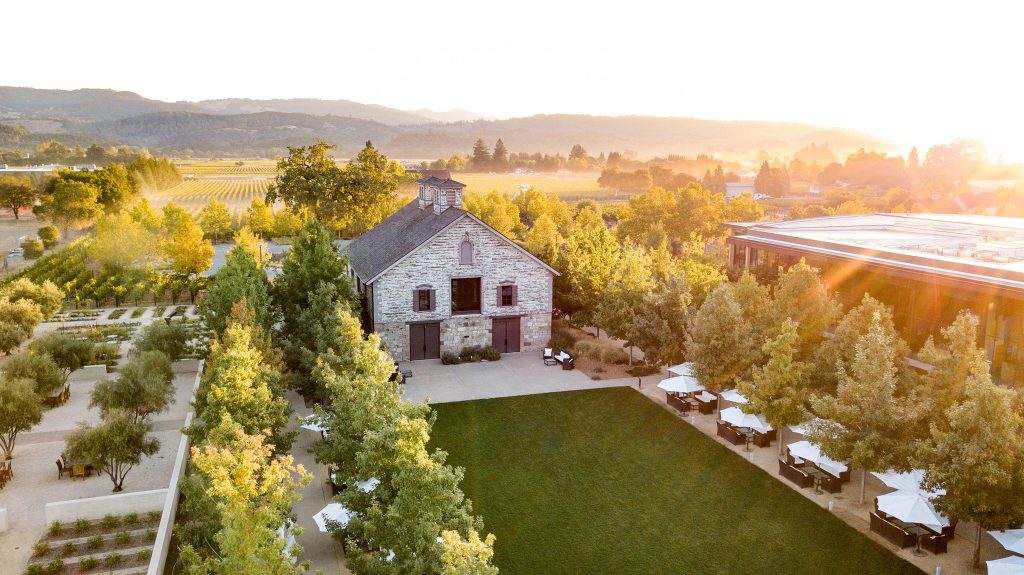 “We are delighted to announce the promotion of Alison to the position of Senior Winemaker for HALL Family Wines,” says Vintner and HALL Family Wines owner, Kathryn Hall. “Alison’s detail-oriented and artful approach to winemaking has made her a critical and central part of our winemaking effort for the past 12 years, first as enologist and most recently as the lead winemaker for BACA wines. In her new position, Alison’s role will expand to winemaking responsibilities for all our brands, with particular emphasis on WALT Wines.”

Hollister joined HALL Family Wines in 2008. She has grown with the luxury brand during her tenure, serving in many roles, including Enologist and Assistant Winemaker. In 2016, Alison was tapped to lead the new BACA brand, creating premium Zinfandels from some of the top vineyards and appellations throughout California. During her time at the winery, Hollister has developed extensive experience crafting Zinfandel, Cabernet Sauvignon, Pinot Noir, Chardonnay, Sauvignon Blanc, and Rose wines.

“I thrive in a creative environment – one that encourages intuition, innovation, and new ideas,” says HALL Family Wines Senior Winemaker Alison Frichtl Hollister. “Having spent over twelve years with HALL and WALT and now crafting BACA wines, I’m looking at this as a great opportunity to use the approach I’ve honed to express the nuance and elegance of each varietal. The winemaking responsibilities of the coming vintage are a challenge that I’m excited to accept.”

Hollister was introduced to American winemaking after living in the Willamette Valley in Oregon as a teenager. She then earned a Bachelor of Science in Biology from the University of Puget Sound in Tacoma, Washington. After graduation, Hollister planted her roots in Napa Valley and accepted her first role in the wine industry at Etude Wines in 2006.

Having been surrounded by many forms of artistry throughout her personal and professional career, Hollister is also known to craft high quality kombucha and kimchi and is an avid artist. Hollister resides in the Howell Mountain region of Napa Valley with her husband Bruce, a landscape designer and artist.

Owned by Craig and Kathryn Hall, the family-owned winery produces artisan wines that express the unique and diverse character of the wine country’s soils and climates through meticulous attention to detail in the vineyards and throughout the winemaking process. The family’s luxury wine portfolio, led by Director of Winemaking Megan Gunderson, sources fruit from some of the most prominent vineyards up and down the West Coast including eleven Estate vineyards– Sacrashe, Bergfeld, Hardester, Beller, T Bar T Ranch, Atlas Peak, Lamoreaux, Rainin, Dellar-Freidkin, Cook, Bob’s Ranch, Clos Pepe and The Corners. The HALL St. Helena winery was the first LEED® Gold Certified Winery in the State of California in 2009 and earned another LEED® Gold certification for its high–tech production facility and Tasting Room in 2014. Since the inception of HALL in 1995, the three luxury wine brands have earned over 600 ratings of 90 points or above from the industry’s top critics, including five 100-point scores. Visit www.hallwines.com, www.waltwines.com, www.bacawines.com for more information, or call 707-967-2626.