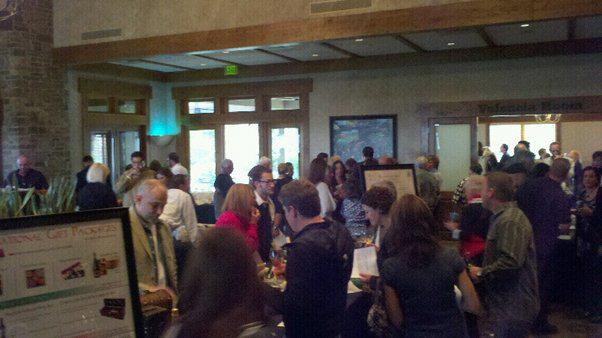 The invite promised, and delivered:

The Best Wine Tasting Event Ever – Get Set for the Holidays with 100’s of wines to choose from!  Great food and ambiance offered by TPC, the best selection of wines! If you’ve been here before, you know the event!  If you have not made any plans, make Nov 6 a great Sunday Afternoon!

I don’t know how Guy Lelarge does it.  A huge tasting like this should require a large committee of volunteers!  Guy has all of his best wine representatives educating – and pouring – for four hours in the upscale Oaks Grille in the Valencia Tournament Players Club and Chef Daniel Otto making an incredible array of hot appetizers.

I’ll do my best to synopsize what peeps lingered over.

I don’t have the entire 100+ wine list, but here are some of my notes and direct quotes from other guests:

For me, I’d have to say that the two French tables were my favorites.  Chateau Direct’s entire line-up was fantastic, and, of special note were the 09 Le Jas des Papes Chateauneuf du Pape and the 09 Chateau Trigant Pessac-Leognan.

The second French wine table Guy had, from Paul Young Wines, also had an excellent Chateauneuf du Pape, the 09 Domaine du Grand Tinel.  I also enjoyed the 07 Rolet Cremant du Jura that cried out for a cheese and apple plate.  The table also boasted a single Italian wine that I found quite endearing: 05 Bodega Rejadorada Temple Toro that my Italian wine aficionado friend, Doug Gould, translated as The Cellar for the Bull and was most likely a Tempranillo.

From the Italian table from Italia Wine Imports – poured by Robert Posey in amazing form for the number of guests that clamored for his attention – Ron Cappi loved every one, Darlene Gandara suggested I try the NV Isabella Prosecco Brut (which I did enjoy!) and an 06 San Lapo Brunello di Montalcino (that I found all by myself) was perfect!

Nick Morello, of Morello Wines, served up his great Chardonnay, and poured what he had left of his sold-out 08 Pinot Noir.  Look for his newest Pinot, an 08 Santa Barbara, to be released in time for the holidays.

My favorites from the Vin West International table had to be the 09 Fritz Pinot Noir and the 09 Grey Wolf “Predator” blend.

Everyone loved the Ramos Pinto Tawny Porto 10 Year that Wendy Roberts, of Wine Warehouse, was pouring.  I saved that tasting for last, but, that idea turned out to be a HUGE mistake as she ran out of it!  Instead, I was thrilled with a NV Roederer Estate Brut, and the 07 Pio Cesare Barolo she had just might have been my favorite of the day!

Darlene Gandara had several other picks as well: The 09 Franciscan Chardonnay Cuvee Sauvage was “ like cutting butter with a knife – if you love Chardonnay then this was a great one!”  And from Class Wines Darlene led me to the 09 Falcone Cabernet Sauvignon that she liked for the “black cherry and nice tannins.”  At the same table I also sampled an outstanding 07 Bell Claret and the 05 Bodega Palacio Tempranillo Reserva.

New to the event, Cynthia Moller said, “It was fun to be able to taste wines across the spectrum and from around the world in one setting!”

And, from the man himself, Guy Lelarge: “We did it again the best wine tasting in Santa Clarita for seven years in a row!” 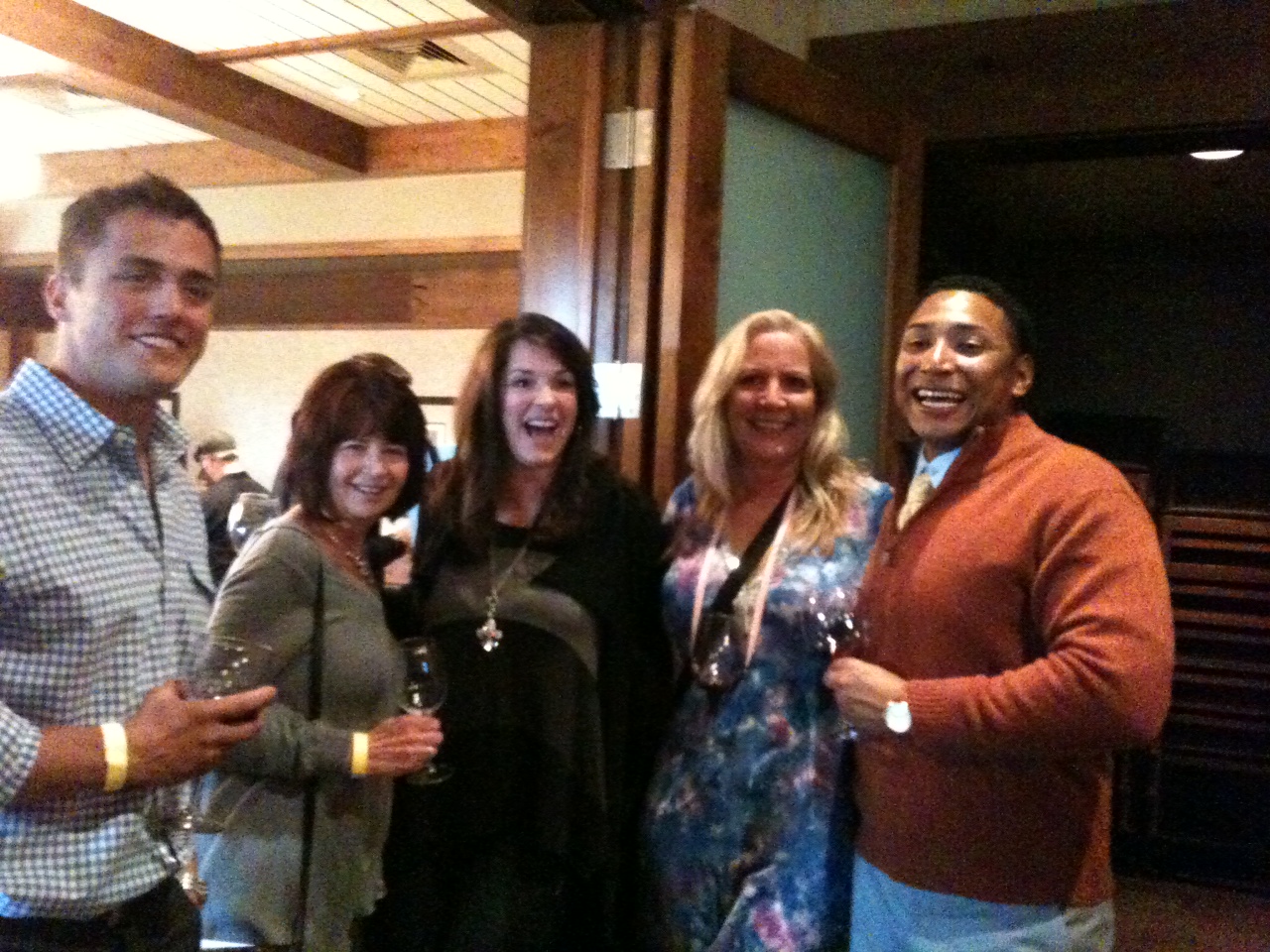