Peering out from my 5th floor balcony, Kyiv’s beautiful snowscape filled me with a sense of quiet calm that I never knew growing up in Los Angeles County. Today was definitely going to be a “White Christmas,” and I planned to share it with long time friend and fellow sommelier, Elena Boiko.

Earlier in the week I had a conversation about different styles of vodka with Eve. Our conversation proved to be most interesting and led me to plan a very special tasting with Elena. We will be tasting vodkas distilled from wheat, rye, barley, and potatoes.

Supposedly, vodkas appeal lies in the belief that it is a neutral spirit and supposed to mix well with just about anything. If that is the case, then vodka would have no distinctive character, aroma, taste, or color. The phrase “premium vodka” would be an oxymoron, and no need to favor the $30+ bottle.

Elena had gone to great lengths to set our table.  She selected an array of olives, pickles, cheeses, sausages, fruits, and breads. In Ukraine, vodka is enjoyed in a much more elaborate way than in Western Europe and North America. There is a definite routine of alternating between snacks and shots. That’s right, shots. No sipping in Eastern Europe. It would just be unseemly to sip vodka, and proper etiquette must be observed or the host would be offended.

“Many people in the West believe that we alternate between snacks and shots in an attempt to not get drunk,” Elena chuckled softly.

“Many also believe that since vodka is supposed to be tasteless, no foods pair well with the spirit,” I shook my head is disbelief. “For this reason, they feel that only wine enhances the flavors of food.”

“Let’s dispel this myth,” Elena’s face glowed with excitement. “By the way Grisha, do you know the old Slavic proverb that says, the first drink of vodka kicks you in the head, the second one flies like a falcon, and every sip that follows, makes you feel light and happy like a bird.”

Vodkas distilled from rye tend to be spicy in aroma, and almost jumping out of the glass. Typically there is a sharp peppery sweetness on the palate, a good mouth-feel, and a  short hot finish.

Elena’s choice, was of course, one of Ukraine’s finest. Nemiroff Delikat is an exceptional premium vodka that prides itself on organic ingredients, water from artesian wells, eschewing the use of glycerol, sugars, or other rounding products commonly used in the vodka market. The nose on our Delikat was neutral with only the slightest suggestion of porcelain and custard. It is light- medium in body, with hints of banana chips, nut, pepper, and anise. A solid vodka at 40% alcohol and a price tag of $40.

“With the complexity of flavors in Delikat, I like that the finish is short and clean,” Elena gave her nod of approval.

“Indeed it is an easy vodka to drink. I often enjoy Delikat when I am out and about.”

My selection for a rye vodka hails from Poland. Potocki is distilled twice and bottled without filtering, creating a rich spirit of surprising character. The aromas are alluringly layered; evolving from brioche, to roasted nuts, to vanilla, to mineral earth quality. Potocki definitely reflects the rye base of spicy and sweet. Our vodka is 40% alcohol and a price tag of $50.

“This is an exceptional vodka that is definitely your palate,” Elena’s eye’s crinkled softly in to a smile. “Potocki offers a surprising dimension when sipped neat.”

Vodkas distilled from wheat are typically pleasant on the nose with subtle hints of vanilla. Wheat vodkas are also sweet on the tongue with a plump round taste. They tend to be beguilingly smooth,  with a lingering warmth and tingle on the lips. A good bartender uses only wheat vodka when making a martini. This is because wheat vodkas work best with vermouth.

Both Elena and I selected Snow Leopard. This is a Polish vodka crafted in small batches using spelt grains, and the exceptional waters of Lublin. Spelt, also known as dinkel wheat, or hulled wheat, is heralded as the “grandfather of all grains.” Archeological evidence concurs that this grain was highly prized by both the Egyptians and the Persians as far back as six thousand years ago.

“I found our Snow Leopard fresh on the nose, it is also soft and well rounded with cream soda, vanilla, and honey overtones,” Elena clearly displayed her pleasure. “And a wonderful long finish.”

“I agree. It is velvety smooth with plenty of depth, and truly is exceptional,” I savored my Snow Leopard. “A vodka with a soul.” 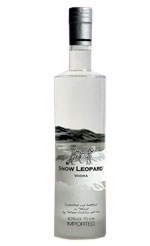 Snow Leopard is 40% alcohol. The price tag is $50 with 15% of all profits going to wildlife charities.

Traditionally, Scandinavian countries have shown a preference for vodkas distilled from barley. Vodkas distilled from this grain typically display a nose of dried flowers and anise. There can be a slight medicinal quality, but this can be rectified through proper distillation and filtration.  On the palate barley vodkas tend to be much softer with a light body. Most often there is a slight, but enjoyable burn on the finish.

Once again Elena and I agreed on a selection. We found Finland’s Maximus Vodka to best suit our palates. Altia distills its vodka from 100% Finnish Botnia Barley. The Finns have worked painstakingly to standardize the grains they use in the production of spirits.      The results have been a quality barley blended with only the finest spring water from Rajmaki. Finns claim that these waters are naturally filtered by gravel and maintain a temperature of 40 degrees Fahrenheit. On the nose, Maximus has mild stoney aromas laced with dried citrus fruits. It is mild in body, with sweet cream and powdered sugar notes. The finish in warm and tingly on the tongue.

“I especially like the softness of this vodka,” Elena paused for effect. “It is surprisingly easy to drink.”

Our last vodka was distilled entirely from potatoes. Single-distilled potato vodka has a reputation for a funkiness on the nose. These odors can only be dispelled with several distillations. The mouth-feel is generally greasy, vegetal, and a bit grassy, with an extremely long finish. There is an old Russian saying, “Potato vodka is for the peasant; rye is for Tsar.”

Chopin is the one potato vodka that completely dispels this myth. Let there be no doubt, Chopin is all potato, 100%. It is distilled in Poland by Polmos Siedice. This distillery is largely in part responsible for the creation of the luxury vodka niche. Distilled four times, Chopin is clean, bright, and silky-soft. There is very little burn to this premium vodka, yet it is still filled with character. 40% alcohol and a good buy at $35.

“Again, another vodka that is definitely your palate,” Elena smiled softly. “There is most definitely enough character to make Chopin a rewarding sipping experience.”

I found myself liking Chopin all the more. However, my thoughts kept returning to vodkas distilled from rye. This says more about my preferences than it does about the quality of Chopin.

Connoisseurs seem to prefer a vodka that has its own character. Aroma, subtle flavors, and smoothness are important; yet it is distinction that makes a vodka appropriate for a Tsar.

“Not all vodkas are alike and can be distilled from many substances. These include oats, corn, sugar cane, beets, and hemp seeds, but that my friends is another story … “ 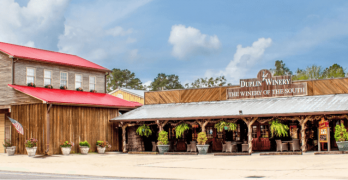