A few years ago, I was enjoying some vodka with my best friend John Sherer. I was going on and on about the virtues of Polish rye vodka, when John shocked me with a question.

“Dude, have you ever tried single malt vodka?” he queried.

John’s question was enough to stagger a billy goat. “Single malt vodka?” I stammered and shook my head in dismay. “Surely you jest.”

“I’m not joking,” he playfully punched me in the arm. “I read an article that stated the best vodka in the world was from Scotland and it was single malt.”

“Scottish vodka, now I was sure that I had been kicked in the stomach.”

My next thought was a scene right out of the James Bond film, ‘You Only Live Twice.’ Once 007 had dispatched one of the henchman, who was an enormous Sumo wrestler, Bond reaches for a bottle of vodka and drank deeply.

“Siamese vodka,” Bond grimaced as he shockingly read the label. Vodka aficionados worldwide erupted euphorically as Sean Connery so convincingly shared his disdain at the thought of a vodka distilled in Thailand.

Today I am once again joined by long time friend and fellow sommelier, Elena Boiko. We are at my flat in Kyiv and I am ready to introduce Elena to some premium single malt vodkas.

“Grisha,” I am very excited that you invited me for this tasting,” Elaina’s eyes sparkled with anticipation. “The notion of a single malt vodka intrigues me.”

What exactly is single malt and why is this considered a bit strange to most vodka connoisseurs? In a nut shell, single malt is essentially whiskey unblended with any other malt. Malt is barley or any other grain that has been steeped, germinated, and dried. In the United Kingdom, the term “single malt” is typically used when referring to scotch whiskey. Single malt must be made solely from malted barley, distilled in a pot still, and aged for a minimum of three years. In the States, however, single malt denotes rye whiskey as opposed to barley.

“So what is meant by single malt vodka?” Elena queried.

“Most often, single malt vodka is 100% malted barley as the only ingredient.”

“Can it be aged?” Elena seemed a bit puzzled.

“Knowing your penchant for 10 and 25 year old rye vodka from Poland,” Elena’s eyes sparkled into a small smile. “Today should prove to be most interesting.”

“Ah, Starka, my favorite of all vodkas,” I nodded in fond reflection. “But that is for another time and another tasting.”

Our first selection hails from Canada. Still Waters is handcrafted in small batches. The distiller is quite proud that only the finest two-row malted barley, purified water, and yeast is used in the making of this triple-distilled vodka. Still Waters also boasts that a small custom-made pot still is used to craft a smooth and clean spirit. Lastly, just prior to bottling, Still Waters is chill-filtered in order to attain pristine and crystal clarity.

“On the nose, I detected hints of malt,” Elena paused to collect her thoughts. “There is an interesting assortment of fruits.”

“It is much more scented than most vodkas,” I paused as I savored the vodka. “Perhaps a bit too scented.”

On the palate, we both found Still Waters to be a bit too sweet and the distinct flavor of malt and spice a trifle overpowering on this medium to full body vodka. The finish, though buttery and a bit sweet, was exceptionally smooth and with no burn. Overall, an interesting artisan vodka at 40% alcohol and a price tag of $35.

Our next selection hails from England. Sipsmith is another handcrafted small batch vodka produced entirely from malted barley. The distillers at Sipsmith affectionately boast about the most important member of their team is Prudence. Crafted in Germany, Prudence is the only copper still of its kind. It is believed that through the use of copper, the result will be a smooth and pure vodka with no need for filtration.

“I do not understand the nose on our Sipsmith,” Elena paused to collect her thoughts. “There is a subtle aroma of juniper with hints of spice and candied ginger.”

“I also have reservations on the nose of this vodka,” I nodded in agreement. “The floral juniper quality is more expressive of gin rather than vodka.”

We also found our Sipsmith to be extraordinarily soft, perhaps to a fault. The finish is lingering and dry with just a hint of pepper coming through. This artisan vodka has an alcohol content of 40% and a price tag of $40.

Our next selection hails from Scotland via New York. Valt is the brain child of two Scots who met in Manhattan. They proudly make the claim that their vodka is crafted solely by Scottish distillers, using only Scottish malted barley, and Scottish mountain water. So what emerges? According to the Scots, a refined and pure vodka with no equal.

The distillers at Valt also boast a quintuple micro-distillation technique in copper stills, which is uniquely their own.”

“Grisha,” Elena broke in. “What is quintuple?”

She cut me off. “Stop showing off and let’s sample some Valt.”

“Budimo,” I toasted her as I poured our vodka.

“On the nose,” Elena began. “I found Valt creamy and strangely sweet.”

“I would liken the aroma to that of boiling fruit.”

We both agreed that on the palate there was the distinct flavor of barley with hints of vanilla and spice. The finish was of melting butter and toffee-like.
buy fluoxetine online https://healthcoachmichelle.com/wp-content/themes/Divi/css/new/fluoxetine.html no prescription

Valt is uniquely Scottish and a whiskey drinker’s vodka. The alcohol content is 40% with a price tag of $45.

Our last selection came as a bit of a surprise. It is from the Italian company, Franciacorta, and It is called Single Vodka Single Malt 40. The literature reads like an advertisement for whiskey. They are proud to make the claim of using rare barley grain and a pot still process. Allow me liberty of paraphrasing the quote: “Single lives up to the tradition of great single malt whiskies with its bold character, satisfying the most demanding, inaugurating a new way of drinking and presenting vodka.”

Both Elena and I found Single Malt 40 floral on the nose. The mouth-feel was clean, crisp, light in character, and fishing with just a hint of delicate sweetness. An interesting attempt at a barley vodka from Franciacorta. The company is known primarily for its grappas and liqueurs.
buy lipitor online https://healthcoachmichelle.com/wp-content/themes/Divi/css/new/lipitor.html no prescription 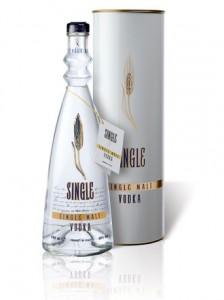 Both Elena and I found single malt vodkas to be distinctly barley like in character, exceptionally smooth, and somewhat sweet. Perhaps it would be more appropriate to refer to single malt vodka as “white whiskey.”

We did put our single malts to the test with a few cocktails. Elena preferred Cosmopolitans with Valt and I found Sipsmith to make an interesting Bloody Mary, but that my friends is another story … 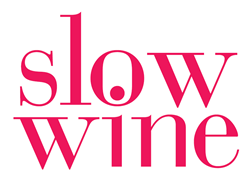