I’ve never really had a problem with wine attitudes. Like the first time Eddie and I visited France. We were warned that the waiters would turn up their noses if we selected the wrong wines, scoff at an inexpensive choice and return our check too quickly. I spent the long flight getting there refreshing my French to avoid the problem. Ed scoffed at me. He said just be yourself; no erase that, just be like him: polite. 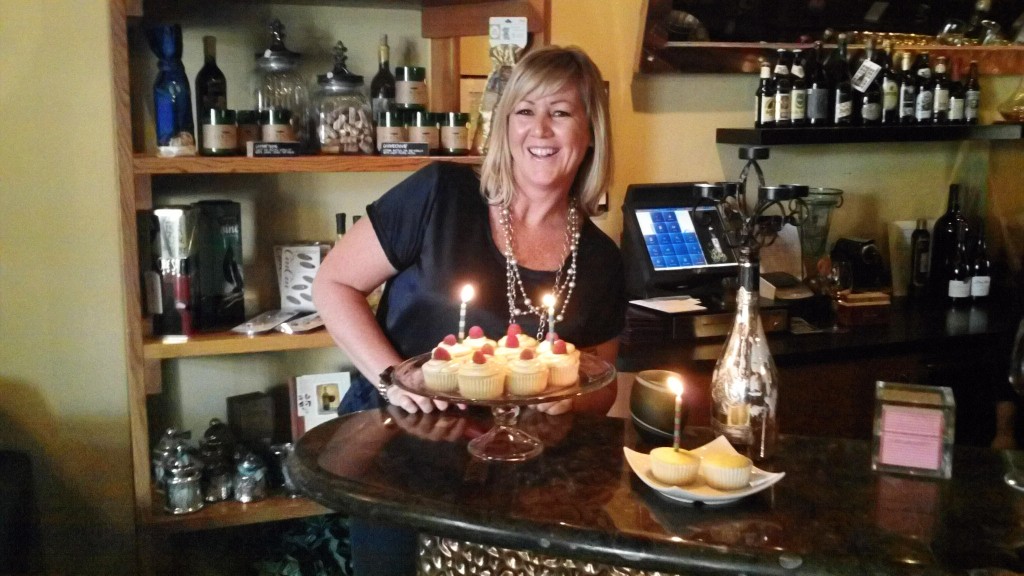 It amazed me that our earnest attempts at French were not laughed at. Our earnest attempts to learn were far from scoffed at. And, in being earnestly polite, we were richly rewarded in enjoying and learning about French wines. Our summarization: Attitude comes from the drinker, not the server, and certainly not the wineries which by basic successful business standards pretty much prohibit discrimination.

With that in mind, we ventured into the cozy local Wine 661 for a taste. We had been disappointed with Wine Savor, the former store ownership, as we would like to drink more than just a $10 bottle limit. We gave it six visits before giving up. We never voiced our complaint, trying to be polite, we just wanted a little more selection and sought it elsewhere. But now, even though there were new owners, we weren’t sure if we would be comfortable in a place that promised “no attitude”. What if they sniffed out our experienced palates and assumed attitude? How should we behave? We settled on our old standby of: “politely”.

We were unsure about the flights of wine offered and ventured into the recesses of the racks to try a mid-priced Australian Shiraz we had never heard of. A nice screw capped Kilikanoon South Australia Killerman’s Run Shiraz Grenache 2004, to be exact, as we bought a bottle before leaving. That’s not all we bought though.

After settling in and watching bartendress Val deftly decant our wine we took a look around to see what a wine bar “without attitude” looked like. It looked like a lot of women. I don’t mean dozens but at least an even half. Young women. Lounging on the comfortable sofas. Relaxing. Gazing out of the store front. Looking glorious in the soft lighting. Checking out the appetizer menu. We were left to consider that a wine bar was probably a more respectable place for women to meet than a regular bar. But then we moved on to what they had: the appetizer menu.

Out of a surprising six selections we settled on the Warm Brie w/Raspberry Chipotle Drizzle that Val warned us was the drizzle to die from. I think she even said she used it in her PB & J. Like spicy chutney, when paired with the warm brie and the Shiraz, our palates were quite pleased. Not sated, of course, we ordered the olive Tampenade. Slightly chunky but with the same favorable bit of dueling flavors. Again it seemed perfectly matched with our wine.

Had we been hungrier we would have ventured on to the Warm Spinach Dip, Assorted Cheese Plate, Chicken Skewers with Teriyaki Sauce and the “Ménage Et Trois” bit of salami, white cheddar and nuts. Next time we told ourselves. As all were reasonably priced, having more than one for a dinner or as a snack sounded just about right.

So next time you want to go out and leave your attitude at home remember it’s all up to you. You can sniff and swirl anywhere. But when will you learn something? When you are open to it and not above it.

Did you miss me? My blogs over the past two weeks were “Vintage Eve” articles as … END_OF_DOCUMENT_TOKEN_TO_BE_REPLACED