Michael Perlis and I used to do an annual corkage fee article culled from local restaurants. It got very time consuming, and with sites like CorkageOnline.com now available, we no longer write our own. With that said, in a recent discussion with a fellow wine writer on restaurant corkage fees and their wine bottle prices I thought consumers may also have an opinion.

So I asked the question in a roundup of pals from Facebook, hoping those in the restaurant industry would take note and make sure their customers are educated on their own corkage policies: What do you think of the price and policy of corkage fees (wine service to include opening a bottle you brought in and providing wine glasses for a fee) and the markup of wines on restaurant wine lists?

I was a bit surprised at the number of people that commented, and the length of their responses, so I didn’t publish all comments or every part of every comment as some were duplicates. This is what I culled:

Michael Perlis, our Contributing Editor, gets top billing with his answer, “Factors go into the acceptability of either – quality and number of interesting wines on the list, quality of wine service [including the glassware]. Sometimes both are lacking but the pricing suggests otherwise. It can definitely be subjective depending on what the customer is looking for. That’s my short answer.”

Fellow wine writer Don Sonderling writes, “When I go out to a restaurant, I most generally bring my own wine.  The reason: One, I know what I like to drink and I have too much wine at home and that’s why I have it. The other, even though I definitely understand the need to make a profit, given a $50 bottle of wine (normal retail let’s say) is costing the restaurant about $35 I just really resent paying  $100-$135 for that bottle.

So I’m going to a very good restaurant in a few weeks, and I was looking over their wine list…..figuring with the wine list they have (and because I have a very healthy gift certificate) I would order a bottle that I normally would never be able to drink.  But after looking over the wine list, the bottles they are charging upwards of $250-$350 for…..even though they are obviously very good bottles, are pretty much $75-$125 bottles…..so I rather bring a bottle from my cellar that is a $125 bottle and pay the $35 corkage.  I just really have this hang up about making “too much $” if you understand what I mean.  And the less expensive bottles ($50-$75 or so on their wine list)….are bottles that you can pick up for $20-$25.  That said, I will order a bottle of white from their wine list only because it’s more of an aperitif ….but I still feel ripped.”

Judi Laing, writer and creator of CorkageOnline said, “CorkageOnline.com lists restaurant’s corkage fees for wine, beer and whiskey. Over 1000 listed in California, expanding nationwide. Corkage is a ‘fact of life’ in the restaurant world whether they like it or not, so to address this issue, we are putting on a panel to discuss corkage POV from both the consumer and the hospitality industry. From comments posted here, it seems consumers don’t really understand why there is a corkage fee so this panel will help with that! Will keep you posted as to where and when. The only hard and fast rule I would say is: Do not bring a bottle that is on the restaurant’s wine list. If you’re not sure, call. Oh, and tip like a champ. Other corkage etiquette tips are on the website. Go forth and drink!”

Karen Bennett, sommelier and Wine Director at Café Med in Bakersfield, “We have a deli, retail wine, and bakery adjoining our restaurant. Our wine list prices are retail plus $15 and our corkage is $15 if you bring in your wine. Our servers also have the discretion to waive the corkage if wine is also purchased from our list, the bottle brought in is not on our list or is obviously a special bottle brought in for a special occasion. We are in the business of making our customers happy for a profit but, in my opinion as wine director, I would rather waive a corkage and see my customer happy and coming back to dine with us again and again.”

Steve Young, wine competition judge, “My rules on corkage – find out what the corkage is before you go, never bring a bottle that is on their list, offer the server a taste, pay the corkage, tip higher if the service was good, since the server is missing out on the tip on the wine bottle (unless of course they put the tip on the bill – then that’s all they get).”

Cathy, “Boy, what a can of worms you opened! I have my own personal rules for wine in a restaurant. I defiantly bring my own wine when the restaurant has a sub-par wine list. Corkage fee shouldn’t go over $15.00. When it comes to a restaurant that has a good wine list I’ll buy off the wine list, BUT if they are price gouging…nope, I’ll order a martini. When you know the brands of wine and their prices, it makes it very difficult to pay IE. $50.00 for a $12.00 (retail price) bottle of wine. The restaurants pay their staff minimum wage w/out benefits and their automatic dish washers clean the glasses. Wine isn’t perishable like meat, fish and vegetables, so why the high cost of wine? I’ve been told you pay for the ambience. But how many times over has that been paid for? I’m getting off my soap box now. Have a nice day.”

Robin, “I mentioned this awhile back but last time my husband and I went to Larsen’s and brought our own bottle of wine the corkage fee was $20 (if I’d know it was that much I wouldn’t have bothered, just ordered a glass of wine each then opened a bottle once we were home). The wine we brought was around $30 value, so we paid $50 to drink a bottle of wine. We did offer our waiter to have a taste, still got charged. The markup on the wine you buy at restaurants is insane, so either way they gouge you. I would be ok with a small corkage fee, but I think $20 is excessive.”

Michael, “Many of restaurants this days are charging $25 to $75 corkage fees with a wine list markup of 200-400%. Common tips are no longer 15%, and often suggested on your bill as 18-22%. We are paying higher prices for every dish ordered, and often with “creatively” reduced portions. As avid consumers, we are increasingly finding that the experience does not come close to its price.”

Denise, “If the corkage fee is reasonable I will pay it. I understand a restaurant has to make money. I will pay at most $15.”

A., “So, following the premise of waiving a corkage, why not just let them bring in their own food and drinks too? We can just prepare it and serve it to them. Perhaps we can waive the gratuity as well, well, just because….”

Aaron, “As far as a corkage fee goes I gladly pay it to drink my wines. Some places do have fees that are way out of line in my opinion but it’s the price we pay to enjoy our wines. Depending on where you are, Valencia vs. Hollywood, or in wine country I feel like 20.00 or less is a good fee to pay.

When it comes to wine lists at most restaurants I feel they charge way too much. As I see it they double the cost in most cases and well they buy it cheaper than we do so I guess it is really a good profit for them. This is why I pay corkage fees and I am glad to do so.”

Laura, “I struggle paying $100 for a wine I know costs $30 so I go off the beaten path on wine lists. Best values are typically Italy / Australia. I don’t mind paying corkage but if it’s more than $25 I feel as if they don’t want you to bring wine. I respect that.”

Kevin, “I’ll bring a bottle that is winery release only. I always share a glass with the server and/or sommelier.”

My conclusion: for the consumer, educate yourself on the corkage fees and bottles prices before going to a particular restaurant. For those in the industry: Listen to what customers and saying and educate them on your policies. 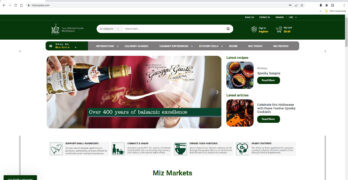