Berlin is a thrilling city that pulsates with excitement. It is a city of culture whose orchestras and museums are renown throughout the world. Culturally, Berlin, the one time capital of the Prussian Empire, is home to many festivals, diverse architecture, contemporary arts, and nightlife.

Today I am joined by friend and fellow sommelier, Liesel Braun. We have chosen Jolesch, a candle-lit traditional style Austro-Hungarian restaurant for our tasting.

“Gregory,” Liesel patted the back of my hand lightly.” I love Jolesch’s tradtional Austrian menu without any of the traditional Austrian stuffiness.”

“So true,” I chuckled under my breath. “What specialities have you ordered for us?” 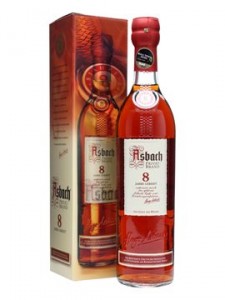 Austrian cuisine has many regional influences. Dishes from Italy, Hungary, Bohemia, Germany, and the Balkans have greatly influenced the Austrian palate creating a fusion style par excellence. Liesel had seen to it that our table had been set with a formidable array of delectables especially popular in Vienna. There was liptauer, a spicy cheese, eaten on sliced bread. Powidil, a thick sweet and spicy jam made from plums. There was a lovely array of strudel consisting of everything from cheese, apple, and cream. We also had an abundant selection of sausages made from chicken, beef, and pork. All this was topped off with a selection of sweet Austrian breads.

“Gregory, Liesel paused to gain my attention. “I have selected some of our popular brandies that I am sure you will find to your liking.”

After such a meal, I am ready for a good brandy or two or three,” I laughed lightly.

German monks were distilling brandy by the 14th century and the German distillers had organized their own guild as early as 1588. Yet almost from the start, German Brandy has been made from imported wine, rather than the more valuable local varieties. Most German brandies are produced in pot stills and must be aged in oak for a minimum of six months. Brandies that have been aged in oak for at least one year are called “uralt” or “older.” The best German brandies are smooth, somewhat lighter than Cognac, and finish with a touch of sweetness. 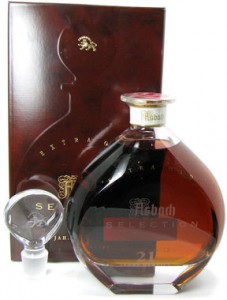 Our first spirit is a perennial favorite to the Germans people. Asbach Uralt is a grape  brandy that is distilled in the Rhineland in the city of Rudesheim. What makes this spirit so endearing to Germans? The Treaty of Versailles decreed that the word “cognac” could only be used for French spirits. Hugo Asbach, the company’s founder, responded by coining the term “Weinbrand” for German brandy. However there is much more to the differences with German brandy. Asbach is fruitier and subtly sweeter than cognac, and pairs exceptionally well with chocolates. Perhaps a master plan by Hugo Asbach himself: the company also produces quality chocolates. A favorite cocktail with Germans is to mix Asbach with coke. Another popular drink is Rudesheimer Kaffee, coffee with brandy.

Asbach is blended from twenty-five different wine distillations and then aged for three years in French Limousin oak casks. On the eye, Asbach is a deep golden color. The bouquet is filled with harmonious aromas of grape and oak. On the palate, it is mild, with  subtle notes of plums, grapes, and nuts. The finish is clean, crisp, and with a rather surprising astringent flavor. Asbach is 38% alcohol with a price tag of $40.

“Gregory, did you know that Asbach enjoys an ardent following, almost cult-like, amongst British and American soldiers previously stationed in Germany?” Liesel’s tone was flat and matter of fact.

“I was not aware of this fact. I am a former Marine and served in Asia,” I playfully teased her.
buy Lopressor generic https://bloonlineandnew.com over the counter

“I do know that during both WWl and WW11, Asbach did in fact find favor with the troops.”

“On cold mornings, I often start my day with a shot of Asbach in my coffee,” Liesel flaunted a mischievous wink.

“Yes, of course,” I nodded in agreement. “Rudesheimer Kaffee is definitely a new twist on Irish coffee.”

Our next selection was also from Asbach.  The Selection Brandy is aged twenty-one years in Limousin oak casks. This is a brandy for the connoisseur. Even the most discerning of palates will be impressed by this impeccable brandy. On the eye, it is a deep mahogany in color. On the nose there are light floral notes along with a notable blend of spice leading to caramel, nuts, coffee, and wood. On the palate, there are notes of both coffee and toffee. It is full-bodied, yet an exquisite harmony keeps its strength from dominating. This noble brandy is 40% alcohol with a price tag of $175.

“I love the finish on the Asbach Selection,” Liesel smiled jubilantly. It is long and persistent.”

“A very special brandy indeed,” I concluded. “One that I intend to add to my collection.”

Our last selection, was first distilled by the Mariacron family in 1894. Since its inception, Mariacron has been a leading German premium grape brandy. The color is a lovely amber. On the nose, the bouquet is vinous, delicate, and fragrant. It is soft and delicate in nature and nicely balanced. On the palate, Mariacron is composed yet flavorful, with hints of orange, ripe fruit, and oak. The finish is long, well-integrated, and lingers sweetly on the palate.The alcohol content is 36% with a price tag of $25.

“Over all, a nicely balanced brandy,” Liesel savored her drink. “I like the subtlety of Mariacron.”

“I do like the subtlety on the bouquet,” I paused on the moment. “For my palate, Mariacron is a bit on the soft side. I would use it more for cocktails.”

“What is your brandy cocktail?” Liesel queried. “I always forget the name.”

“It is called a “Horse’s Neck,” I chuckled lightly.