Last week I wrote about the Australian white wine seminar I attended via the Australia Up Close event; what I learned and what we tasted. It got a little lengthy so I split up the story into two parts. Today is what happened the second part of the day, after the seminar, and is limited to all of the Australian red wines that I sampled in a walk around tasting; those that I loved and hope to get my hands on again. 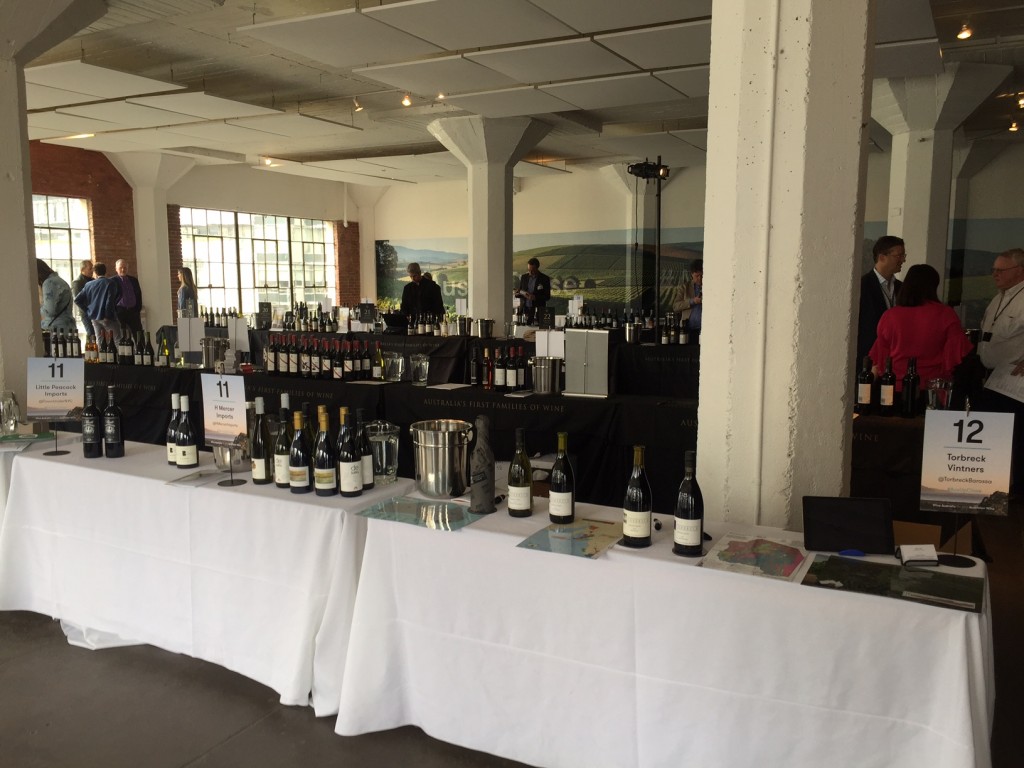 My favorites (of those tables I got to as I know I missed quite a bit) are listed below. Wineries part of the “Australia’s First Families of Wine” designation that I liked are noted as an AFF Wine.

Negotiants USA – 2014 Langmeil “Orphan Bank” Barossa Valley Shiraz (Vines had to be moved, 90% survived, and were called orphans due to the move.)

Schild Estate – 2013 “Moorooroo Ancestor Vines” Barossa Valley Shiraz. (170 year old vines, two years in both new and old French oak and then two years in bottle before release. Worth the wait for this 100% Shiraz.)