Bottlenotes is bringing their Around the World in 80 Sips® event to the Petersen Automotive Museum…What better way to spend a Friday night than to taste wines from around the world while spending time with true wine connoisseurs? 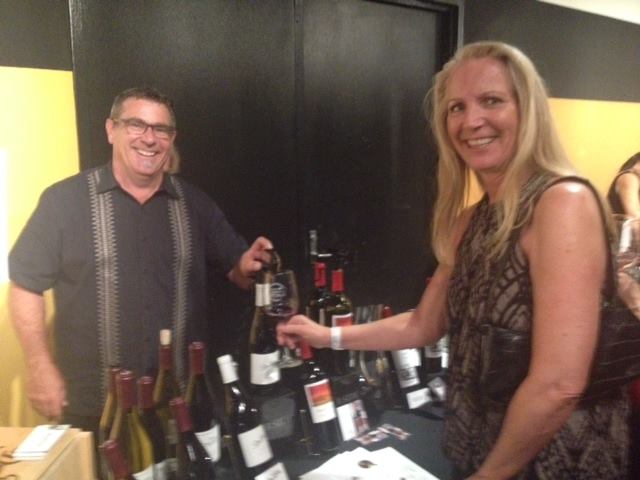 Top national wine and spirits expert Sherry-Lehmann has partnered with Bottlenotes again to host the VIP suite at the event. The “Sherry-Lehmann Suite” always sells out as it offers a rare opportunity to sample some of the world’s top wines – including Cristal…

If that invite didn’t grab you the tasting line-up did:

I have to admit that I spent most of my time in the Sherry-Lehman suite tasting the above mentioned wines. It had been a warm day and beginning an evening with French Champagne was just what I needed. (My husband, on the other hand, took off to take photos of the Batmobile, Matchbox cars exhibit and several other antique vehicles in perfect condition – while sipping wine.)

While most of my favorites are pictured in my Facebook album, let me tell you about some of the wines that blew me away:

My first stop was the Louis Roederer Champagne table where I thoroughly enjoyed Brut Premier NV, Rose 2008 and Cristal. And yes, I did have to pour out some of the Cristal to make it through the night!

A near vertical of Chateau Montelena Cabernet Sauvignon – 2006, 2007 and 2010 – reminded me of why this winery has been producing award-winning wines for decades.

The only Amarone of the night, and my favorite wine of the night, was a Zenato Amarone Classico 2009 (Veneto). I wish I could have sat down and taken notes on this one. None of the expected dried raisins, with just a hint of sweetness that was washed over by great fruit and firm tannins.

I never had Henriot Champagne before. Enjoyed the Brut Rose NV and the Blanc de Blanc NV. Also at the table was a remarkable 2009 William Fevre Les Clos Chablis.

A 2012 Cameron Hughes Lot 456 Tempranillo blend (with Malbec and Grenache) was mighty tasty for $12, as well as a 2011 Basso Monte Paschoal Reserve Tannat from the “Wines of Brasil” table that retails for $14.99.

If you are lactose intolerant you must try what Goat Cheeses of France does. I thought I was done with Brie or any other soft cheese, and they proved me wrong. They have a Goat Camembert, Bleu de chevre, logs and more. And while not available in a store in Santa Clarita Valley, they can be purchased online through several retailers.