It’s hard to believe that I’ve been writing about Guillaume Fabre, winemaker/owner of Clos Solene for almost nine years. Yet, he and his winery haven’t been the focal point of the article until now. 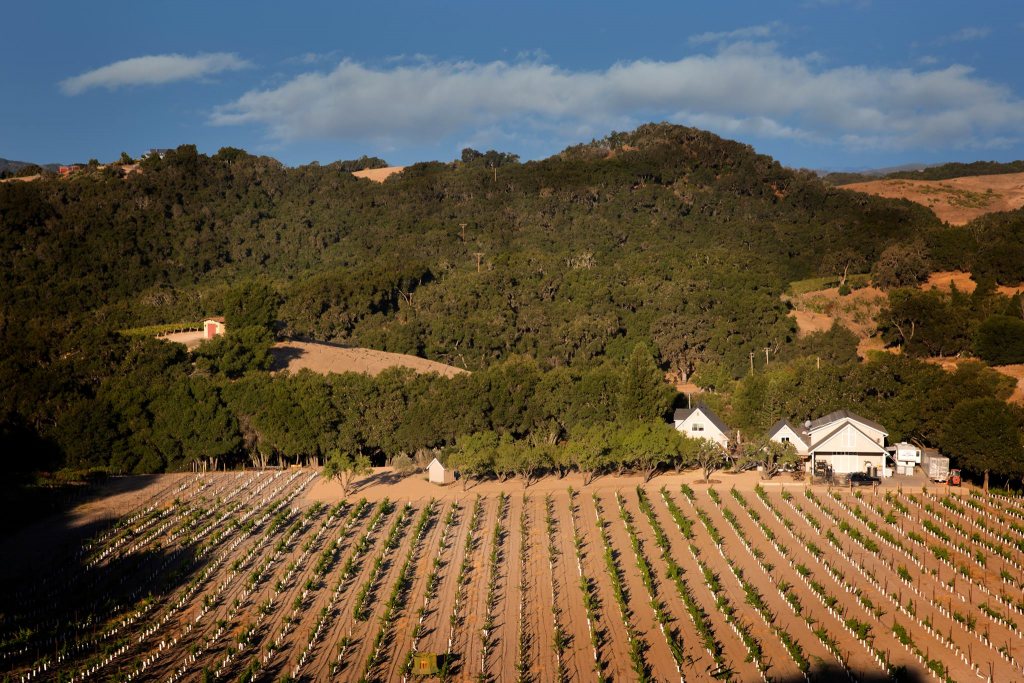 Karen and I first met Guillaume in 2009. In that article, I spent most of the time whining about events that provide tasting tickets as opposed to unlimited tastes of wine. In spite of that focus, we did taste some nice wines, including Clos Solene, about which I said: “An outstanding Roussane from Paso Robles.” [And yes, now I see the typo.]

My understanding is that this was the first wine released under the Clos Solene label. Guillaume had not yet made the full-time leap to his own winery, but was still working as assistant winemaker at L’Aventure in Paso Robles. Leaving his native France where he had grown up growing grapes and making wine with his family, Guillaume had come to Paso Robles to work with L’Aventure as an intern and fell in love with the Paso Robles area. Guillaume describes this as “un coup de foudre” – a bolt of lightning moment when he realized what the future in Paso Robles could be. This was the second such moment in his life, the first being when he met his future wife Solene, whom he convinced to join him in the New World.

My next article about Clos Solene was nearly five years later, in 2014, as part of a longer article about up-and-coming Paso wineries. My big takeaway about his wine was “in addition to the purity of the fruit being expressed, these wines were incredibly elegant.” At this point, Guillaume had just left the relative security of L’Aventure and was devoting himself full-time to Clos Solene, pouring at the collective tasting room in downtown Paso Robles known as Paso Underground.

Since that last visit, Guillaume has moved Clos Solene –twice!

Paso Underground is still there, of course, and definitely worth your time visiting, with four wineries pouring their wares along with all the other tasting rooms in downtown Paso Robles. But just a few miles south of downtown Paso is an area known as Tin City, with an ever-growing number of small wineries. Tin City is well on its way to becoming a day’s destination all on its own. And as Clos Solene’s popularity and production increased, having a private tasting room / winery made sense.

By the time we planned to visit him there, he had acquired the old Pipestone Vineyards property on Paso’s west side and was deep in the process of making changes to meet his vision of what Clos Solene needed to be.

So we never did see him during that trip.

Although we did see Guillaume and taste the Clos Solene wines at a handful of events over the years, it took us another year [and about four years since our Paso Underground visit] to make the drive on a rainy Saturday morning into the hills and follow the long driveway to visit the property that Guillaume and Solene had acquired about a year before.

Sitting with Guillaume on the estate’s patio, as the rain stopped and the sky cleared, looking out over the property and sampling the current tasting room offerings, we got a chance to reflect on the last nine years and the plans for the future. As it turns out, everything has been in a state of evolution. That Roussanne we tasted nine years ago? That was the first wine under the Clos Solene label and it has evolved over time into Hommage Blanc, a blend of 80% Roussanne and 20% Viognier. The Rose has evolved as well, as Guillaume has focused on using grapes grown specifically for the Rose as opposed to bleed-off from grapes to be used for red wines. And then there are the reds. Every year, Guillaume has been perfecting these blends as well. One after another, these wines prove that Clos Solene represents the best of Paso. Some, like Harmonie, are pure expressions of Rhone varieties. Others, like Fleur de Solene, show what an artist like Guillaume can do without the restrictions of his native France, blending Rhone and Bordeaux varieties into true masterpieces.

Truthfully, we are fortunate to be able to taste a lot of really good wine on a regular basis, both as writers and as consumers. But, the quality of the Clos Solene wines is still the exception rather than the rule and it helps to remind us what drove us to this passion in the first place.

The future is exciting as well. Guillaume has always sourced fruit from outstanding vineyards, such as James Berry and Glenrose. But now with the new property, he’ll be able to produce wines from his own estate, controlling the process from beginning to end. It will be just like back home, but better. Production will continue to be very limited with some slight growth in production. Guillaume and Solene are working harder than ever, now with three little mouths to feed in addition to their own.

Karen and I joined the Clos Solene Wine Club to make sure we don’t wait four or five years for another visit.

[Are you wondering what happened to that Clos Solene tasting room in Tin City? Read about that in my next article.]