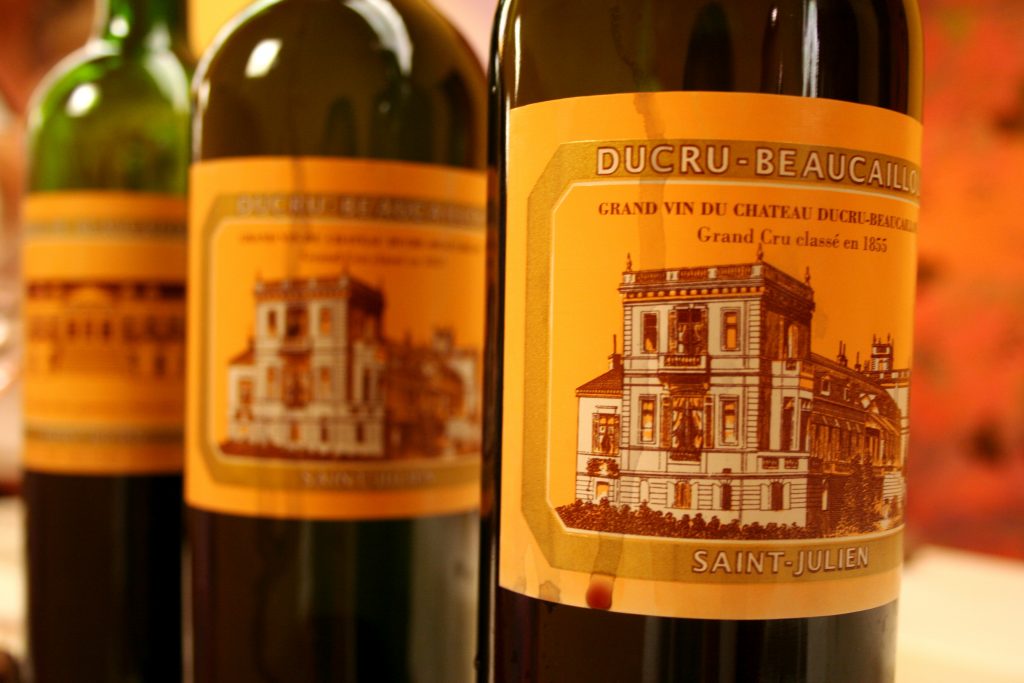 To me, anything over ten years old is plenty of age on a Bordeaux, and it’s hard to wait longer anyway! I looked up all six and each had not only maintained a 90+ score, five had doubled in price when sold at auction. All were noted to drink from 2010 to 2023. Now sounded good to me. These are the six:

Now this could be a six-part series of one-bottle posts, if I can drink them with a notepad, pen and little distraction. Chances are some will be served at dinner parties when I’ll only be able to simply enjoy. You just have to check back to see…

And now to start, we opened our first:

Color: Beautiful garnet color stretching out to show a bit of brown (due to age) on the edge.

Flavor: A perfect balance of fruit and spice. Starting with a fresh bowl of red, blue and black fruit, smoke, char and medium tannins that provided a lengthy finish. My husband remarked that there were no bitter qualities and that the mouthfeel was velvety. We lingered over the bottle and noted that after 15 minutes in the glass the bouquet and flavor had developed even further with darker deeper notes, more earth and that same tannin backing off a bit quicker – still doing the job – but allowing for a even longer finish.

Tasting Note: This has mature hints, but there’s great focus as the cedar, bay and leather notes race along with, rather than pull away from, the core of fig and blackberry fruit flavors. The long, bittersweet cocoa—dusted finish provides a solid bass line.–Blind 2000 Bordeaux retrospective (December 2015). Drink now through 2023. –JM