TEMECULA, Calif. – Pioneering Temecula winery and resort South Coast Winery Resort & Spa has much to celebrate on its 20th anniversary. Commemorative events include a special anniversary red blend, live country music series, grape stomps, special dinners and a luxury anniversary resort package. Since its inception in 2001, the Carter family-owned winery put Temecula Valley on the map as a premier wine destination and also set the bar for the Southern California wine industry by breaking records in both domestic and international competitions – all while accumulating over 3,000 accolades. South Coast offers approximately 45 wine labels and proudly introduces its most recent addition – a special 20th Anniversary Blend. In many ways this blend has been “20 years in the making” proving what can be created in the Temecula region – certified sustainable production of 49% Syrah, 22% Mourvèdre, 19% Grenache and 10% Petite Sirah – delivering a rich, complex Rhône-style that highlights the best of the Temecula Valley. 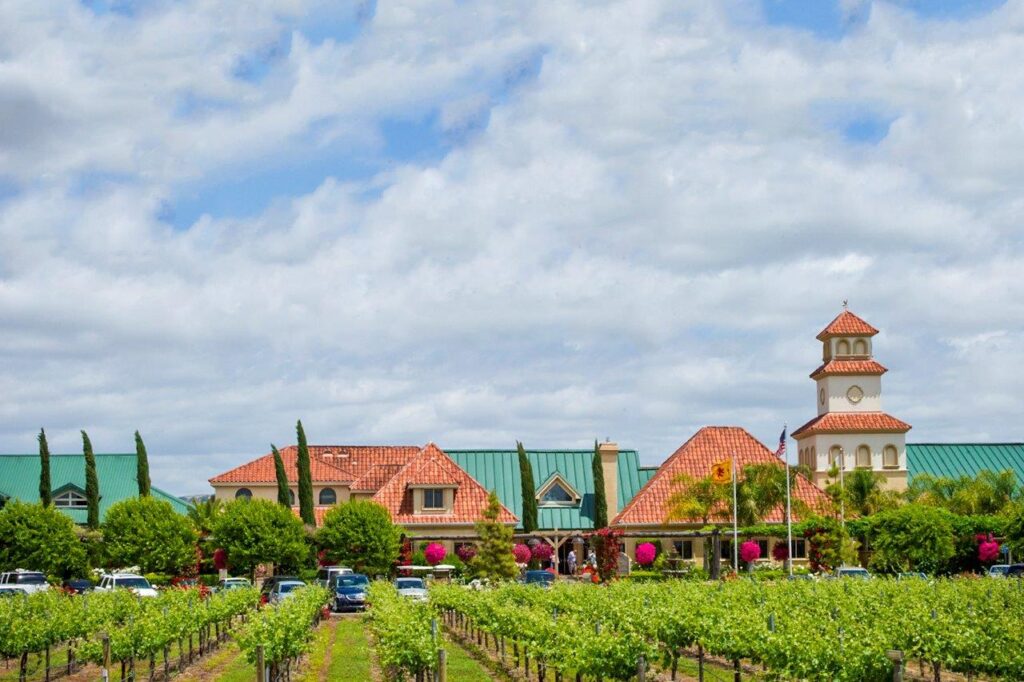 Rhythm on the Vine® Country Series

South Coast Winery’s Rhythm on the Vine® Country Series kicks off the 20th anniversary festivities on September 2 with Coffey Anderson performing with Kanan Road as opener. This concert will benefit the American Cancer Society with $10 from each ticket sold donated. On September 22 country hit singer Dylan Scott performs, and the series ends with a September 23 performance by award-winning Cassadee Pope with opening set by Leaving Austin. Concerts held outdoors in the Courtyard; doors open at 5 p.m. and concerts begin at 7 p.m.

South Coast Winery Grape Stomps are composed of two-person teams. The winner of each of these friendly competitions receives a bottle of the special 20th Anniversary Blend.

Tickets start at $168 and include a wine flight for each person that matches his/her preferences (choice of three flights) and a case of wine per two participants as part of the ticket price. Cases can be mixed and matched. Guests reserve their spot by purchasing a timeslot on the online store. The non-refundable deposit is $50 and counts for a team of two people.

Tickets are available at www.southcoastwinery.com/stomp.

Luxury in the Vines Anniversary Package

South Coast Winery Resort & Spa invites guests to celebrate and fully experience all this unique Temecula property has to offer during the special occasion of its 20th Anniversary by presenting its Luxury in the Vines anniversary package, including accommodations and memorable perks and amenities: