Recently offered a book written by a vintner I’ve met and admired for a long time, from a country I haven’t visited, and I jumped on it. Filling in the blanks, I’m sharing details from the publisher, my review of the book and their latest vintage below.

I wanted to introduce you to a whimsical, yet informative book that has been in the works for over ten years, written by Laura Catena and Bodega Catena Zapata’s oenologist Alejandro Vigil.

Malbec mon amour tells the story of Malbec, a story of near extinction, rebirth and in a joyful end, the story of how a plant has elevated the lives of millions of people for over 2,000 years. Laura and Alejandro had the vision of a book that would reflect the fun and inspiration that Alejandro and Laura experienced in their daily rides throughout the vineyards of Mendoza.  Why “mon amour”? Well, Alejandro Vigil has Malbec tattooed on his arm, and Laura’s family’s journey from Italy to Argentina began 120 years ago with a plant of Malbec.

Alejandro and Laura see the world of wine, its ancient history, its terroir, its people, its soils and climate in very romantic and artistic terms. But at the same time, they are both scientists. This illustrated book combines the art and science of wine in a way that has never been done before. It tells the story of how the Malbec variety went from fame to near-extinction and back, and why Malbec is so much more than a wine variety. It is a wine that tells the history of humanity and the journey of immigrants and plants across continents.

The book is currently available on Amazon in North America, Central America, Latin America, and Europe.

What a gorgeous book, from the front cover through to the pages, inviting me to really want to get into it and into it I did! As well as the sample of their 2019 Malbec! Get your own book to see the pages and what’s inside, these are my takeaways: 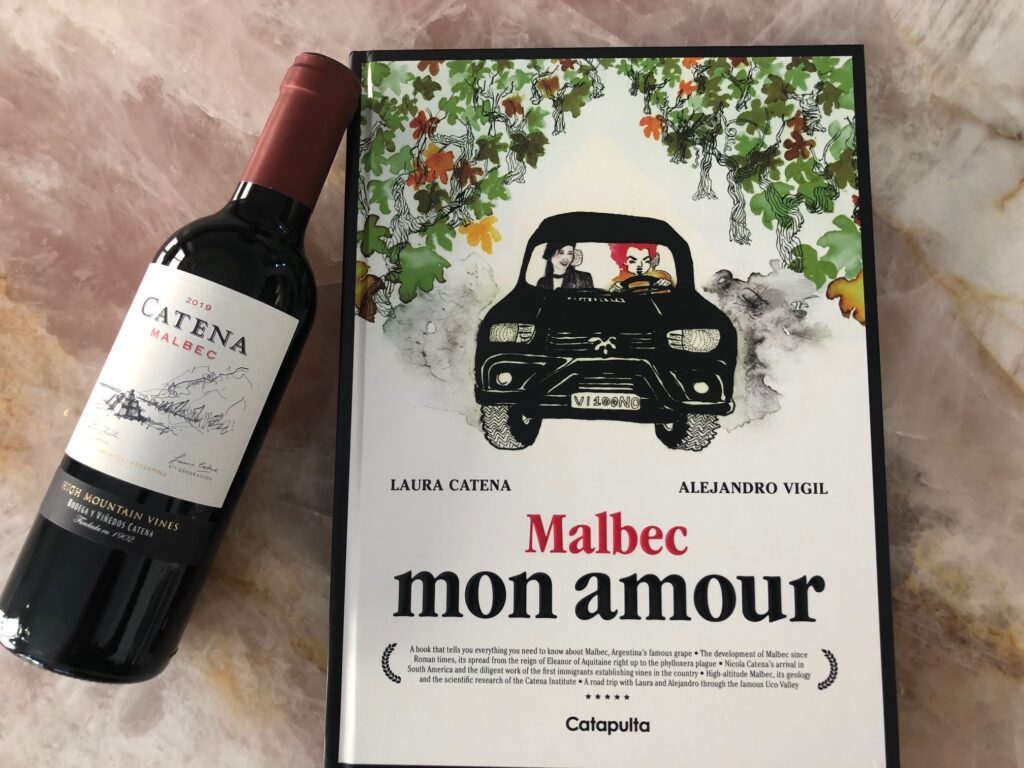 A regal dark purple color, and a nose full of fresh lush fruit – juicy blackberry, crushed plums, blueberry – followed by hints of tri-color peppercorns, bark, moss and very dark sweetened chocolate. The taste reminded me of a bowl of fresh cut fruit – the same as on the nose – as well as layers of dark spices and drying tannins for a lingering finish. I didn’t have my sample with any food, and I didn’t need to. Well done.