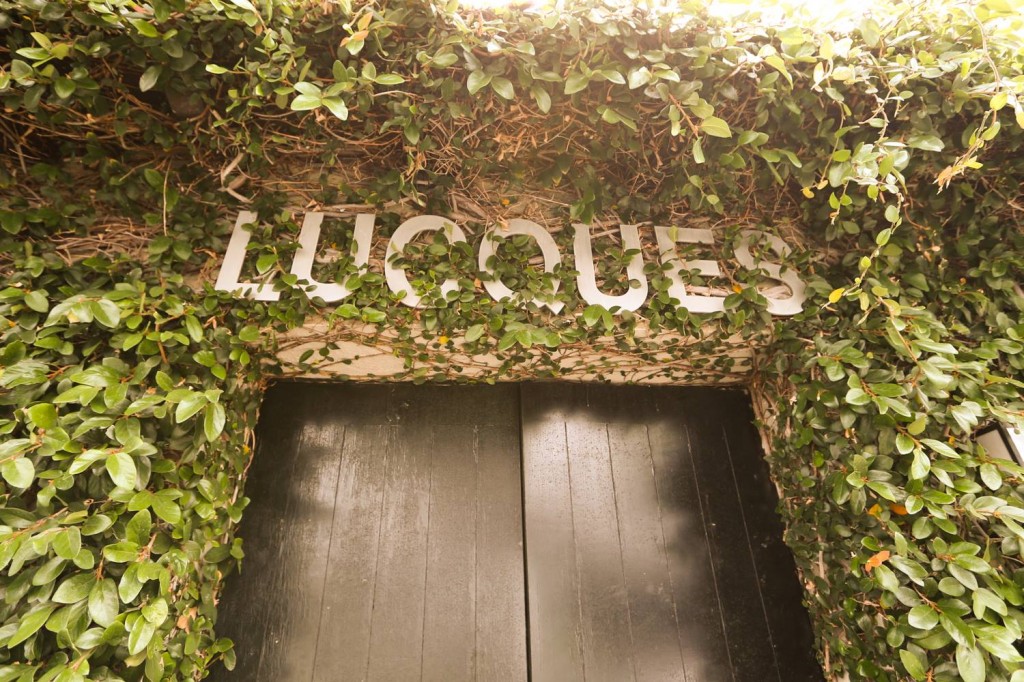 Suzanne Goin and Chef de Cuisine Javier Espinoza will design menus sourced from recipes from each book as interpreted by Lucques’ culinary sensibility.

The dinners for Amelia Saltsman (October 1) and Michael Anthony (November 5) will offer selected specials from each cookbook that can be ordered in addition to the Lucques seasonal menu. Pricing is à la carte.

On each scheduled dinner, the Guests Chefs will be present to meet guests and sign books. The book will be available for purchase at Lucques during the evening. Menus to be announced. Books are sold separately.

My Kitchen Year: 136 Recipes That Saved My Life

V is for Vegetables

Owners Suzanne Goin and Caroline Styne bring neighborhood-friendly events to their restaurant, providing a delicious experience that encourages socializing and community spirit. This series of Book Dinners is a wonderful moment for the Lucques team to celebrate books and recipes by some of our own favorite chefs and food luminaries.

ABOUT AMELIA SALTSMAN AND THE SEASONAL JEWISH KITCHEN:

Amelia traces the delicious thread of Jewish cuisine from its ancient roots to today’s focus on seasonality and sustainability. Guided by the Jewish lunar calendar, she divides the book into six micro-seasons that highlight the deep connection of Jewish traditions to the year’s natural cycles. Amelia draws on her own rich food history to bring you a warmly personal cookbook filled with soul-satisfying spins on beloved classics and bold new dishes. From her Iraqi grandmother’s kitchri—red lentils melted into rice with garlic slow-cooked to sweetness—to four-ingredient Golden Borscht with Buttermilk and Fresh Ginger and vibrant Blood Orange and Olive Oil Polenta Upside-Down Cake, Amelia’s game-changing approach is sure to win over a new generation of cooks. You’ll find naturally vegan dishes, Middle Eastern fare, and new ways to use Old-World ingredients—buckwheat, home-cured herring, and gribenes—in fresh, modern meals. Inspired by the farm-to-table movement, her 150 recipes offer a refreshingly different take on traditional and contemporary Jewish cooking.

ABOUT RUTH REICHL AND MY KITCHEN YEAR:

In the fall of 2009, the food world was rocked when Gourmet magazine was abruptly shuttered by its parent company. No one was more stunned by this unexpected turn of events than its beloved editor in chief, Ruth Reichl, who suddenly faced an uncertain professional future. As she struggled to process what had seemed unthinkable, Reichl turned to the one place that had always provided sanctuary. “I did what I always do when I’m confused, lonely, or frightened,” she writes. “I disappeared into the kitchen.”

My Kitchen Year follows the change of seasons—and Reichl’s emotions—as she slowly heals through the simple pleasures of cooking. While working 24/7, Reichl would “throw quick meals together” for her family and friends. The 136 recipes collected here represent a life’s passion for food: a blistering ma po tofu that shakes Reichl out of the blues; a decadent grilled cheese sandwich that accompanies a rare sighting in the woods around her home; a rhubarb sundae that signals the arrival of spring.

ABOUT RUSSELL MOORE AND THIS IS CAMINO:

Camino is no stranger to praise–the locally beloved and nationally acclaimed restaurant is super well-respected in food and chef circles. Since opening in 2008, Camino has become known for its exciting menu (most of the food is cooked in their fireplace) and the tight-knit community of chefs who love the restaurant. This network is a result of the lavish book release dinner parties that Camino hosts for cookbook releases and has made fans of such food luminaries as Yotam Ottolenghi, Sean Brock, Francis Malman, David Lebovitz, and Deborah Madison. In This is Camino, fundamental cooking skills (including open-fire cooking); unique, ingredient-focused recipes that are both sophisticated and pared-down; and inventive flavor pairings marry with lush photography and a stunning package to produce the new must-have cookbook for Camino’s many fans and restaurant book lovers. A cookbook about the unique, fire-based cooking approach and ingredient-focused philosophy of Camino restaurant in Oakland, California, with approximately 100 recipes.

ABOUT MICHAEL ANTHONY AND THE GRAMERCY TAVERN COOKBOOK:

Gramercy Tavern’s Executive Chef Michael Anthony believes a cook’s job is to create delicious flavors and healthy meals. Written for the home cook, V IS FOR VEGETABLES celebrates the act of cooking vegetables he loves. Anthony shows how unlocking the secrets of vegetables can be as simple as roasting a beet, de-knobbing a Jerusalem artichoke, peeling a gnarly celery root, slicing a bright radish, washing a handful of just-picked greens. One of America’s most highly acclaimed chefs gives us more than 140 simple recipes and techniques for imaginative vegetable cooking at home.