NEW YORK – Vinexpo New York – the leading international exhibition for wine and spirits professionals in North America, jointly organized with Diversified Communications – today announced that it has expanded the footprint of its March 5-6, 2018 exhibition, nearly doubling the original floorplan in order to accommodate demand. The event will be held at the Jacob K. Javits Convention Center.

“In such a fast-evolving market, it’s the opportunity for the wine and spirits industry to meet and for producers to make strategic decisions for the distribution of their brands in the U.S.” said Guillaume Deglise, CEO of Vinexpo.

To date, exhibitors from Australia, Austria, France, South Africa, Spain and the U.S. have registered, as well as from Argentina, Chile, Croatia, Germany, Greece, Italy, Moldova, Russia, Sweden and Uruguay. The current list of exhibitors is available here.

“We are thrilled by the response to Vinexpo New York. It is shaping up to be the must-exhibit, must-attend conference,” said Mary Larkin, executive vice president, Diversified Communications. “With a growing list of more than 115 exhibitors representing 16 countries, it is a testament to just how vibrant the North American market continues to be.”

Attendee registration is currently open at www.vinexponewyork.com/attend/. An early bird fee is available through Nov. 30.

Vinexpo was established in 1981 to organize wine and spirits events for the trade and act as the sector’s international partner. Vinexpo Bordeaux takes place in uneven years, while Vinexpo Hong Kong (formerly Vinexpo Asia-Pacific) has been held in even years since 1998. In 2014, Vinexpo expanded into the Japanese market with the launch of a third biennial fair, Vinexpo Tokyo. Vinexpo Hong Kong and Vinexpo Tokyo are now key events in the Asian wine and spirits trade calendar. In January 2017, Vinexpo initiated a new concept, Vinexpo Explorer, two days of business meetings and discovering vineyards. Vinexpo New York, which takes place for the first time on March 5-6, 2018, will open doors to the U.S. market for international exhibitors. For more information, visit www.vinexpo.com. Join Vinexpo on Facebook, Instagram, Twitter, YouTube and LinkedIn. 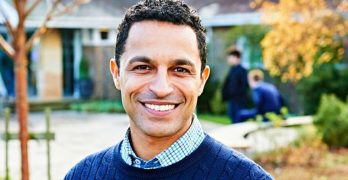 I recently watched a short (just under 60 minutes) BBC documentary, The Truth … END_OF_DOCUMENT_TOKEN_TO_BE_REPLACED