NAPA VALLEY, CA  – On Saturday, April 27, over 850 wine and food enthusiasts came together at HALL Wines in St. Helena to raise awareness for local charities at the 10th Annual Cabernet Cookoff. 13 Bay Area chefs teamed up with a charity of their choice to compete in a food and wine pairing competition by creating small bites paired with 2015 HALL Ellie’s Cabernet Sauvignon. The event was hosted by Craig and Kathryn Hall and was emceed by Natalie Morales, TODAY West Coast Anchor/Host of Access. In total, four winners were announced including two People’s Choice Awards and two Judges’ Choice Awards. In total, $106,000 stemming from 100% of event proceeds benefited Napa Valley non-profit organizations. 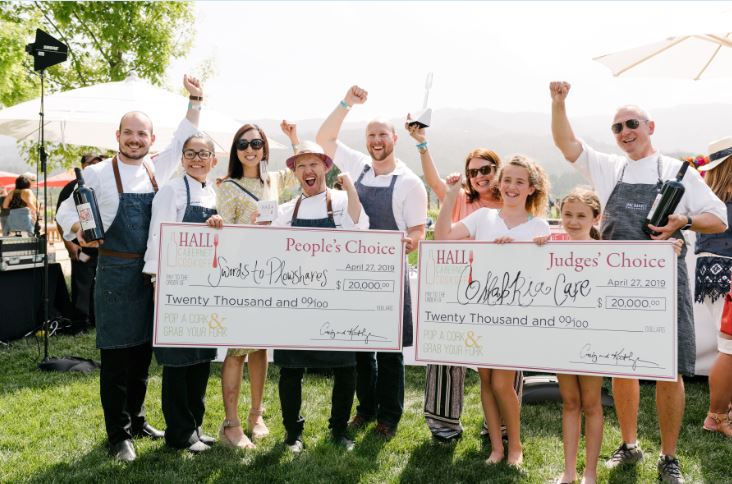 “On Saturday at the 10th Anniversary of the HALL Cabernet Cookoff, we were thrilled to announce that since the start of this event 10 years ago, over $1 million has been raised for Napa charitable organizations,” say Craig and Kathryn Hall. “We applaud the participating chefs and charities and all the generous guests who showed up on a beautiful sunny afternoon celebrating great food, wine and fun.”

Natalie Morales, TODAY West Coast Anchor/Host of Access, served as the official emcee for the event. Morales helped keep the guests excited about the competition throughout the day and announced the winners alongside hosts Craig and Kathryn Hall at the end of the event. Additionally, ten-time Emmy award winner, NBC Bay Area News Anchor Raj Mathai served as the Charity Champion during the Main Event by encouraging guests to learn more about the deserving non-profit organizations participating.

Guests in attendance were tasked with selecting their favorite dish for the two 2019 People’s Choice Awards by using Microsoft Surface tablets. The two Peoples’ Choice Winners were:

Prior to the Main Event, Kathryn Hall hosted a cooking demonstration as part of the VIP Preview alongside celebrity Chef Ari Taymor. The demo included Chef Ari preparing Beet-Cured Hamachi Toast paired with a selection of wines that included a library offering of HALL Jack’s Masterpiece Cabernet Sauvignon. 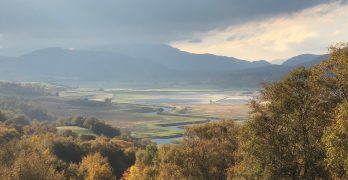 Being honest, I had never heard of the town of Grantown-on-Spey in Cairngorms … END_OF_DOCUMENT_TOKEN_TO_BE_REPLACED