Boy oh boy, had an opportunity to learn from my favorite sake instructor, as well as taste tons of hard-to-find Awamori and Shochu alone and in cocktails. This was my social media post the day after: 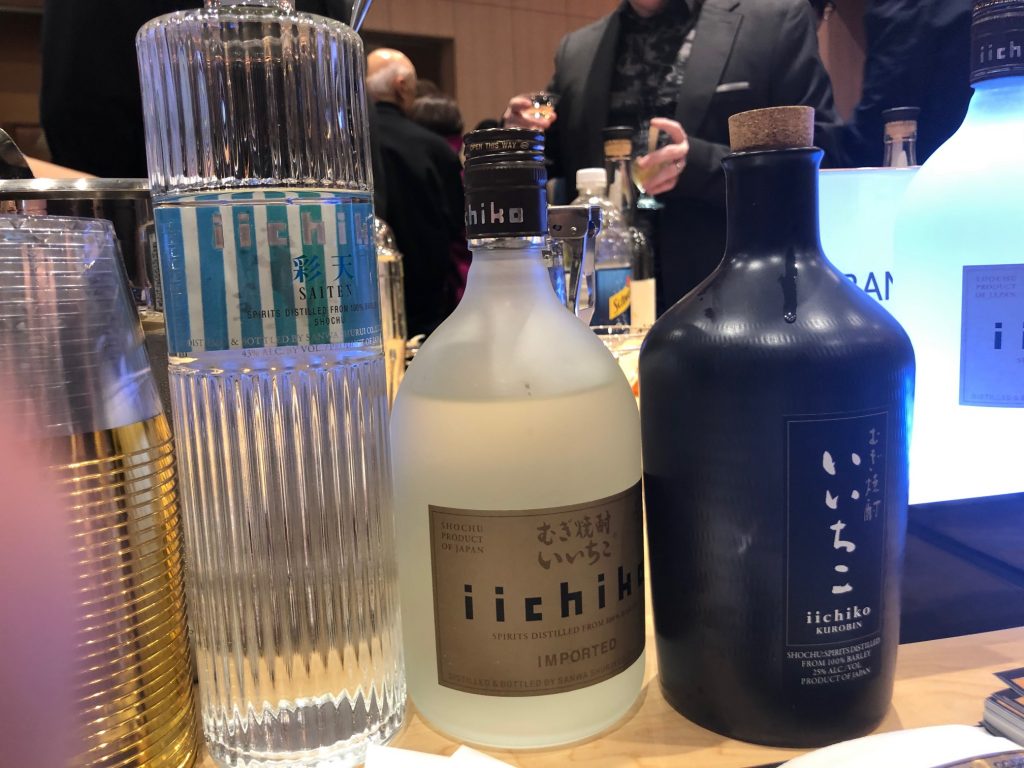 “About last night…went to the @JapanHouseLA in Hollywood for a “fun evening of Japanese Craft Spirits”, specifically to learn about and taste distilled spirits Shochu and Awamori alone and in a wide range of amazing cocktails along with other interested press, bartenders and students. We also had a class on these spirits led by my former educator @Ueno_Toshio from @SakeSchoolofAmerica where we learned how they are made, where they are made, how to pair them and more…”

Spirits that stood out for me included Nankai Gold Shochu finished in oak casks, all of the Awamori made from Thai rice in Okinawa, different Shochu made from brown and black sugar as well as sweet potato, Yanagita Mizunara cask barley shochu, the Iichiko brand Saiten with 43% alcohol as well as their number one seller Silhouette and black bottle Kurobin with 25% alcohol. Remarkable Shochu cocktails included a highball, Manhattan and Old Fashioned.

Photos can be seen here.

What I Learned from Instructor Toshio Ueno

Ueno grew up in a wine grape growing family that sold their grapes to wineries in Japan. This is where his interests began. He explained that Japan is the size of California, they get a lot of rain and temperatures range between 43 and 74 Fahrenheit. USA is the number one importer of Shochu. He described how distilled sake becomes Shochu, distilled beer becomes whisky and distilled wine becomes brandy.

Shochu is unique in that it is only distilled once – which allows for the aroma, flavor profile and craftsmanship to stay true to the base grain or potato used.

From the Invitation: What is Shochu and Awamori?

Shochu is a popular distilled spirit in Japan that has been perfected and refined over the past five centuries, mainly in southern Kyushu.  This spirit is made with a variety of ingredients such as sweet potato, barley, rice, brown sugar, and so on.  A Japanese entrant in the 2018 Los Angeles International Spirits Competition received the Best Shochu award and won third place overall in the Spirits category.

Awamori is produced in Okinawa, Japan, and also boasts a long history, much like Shochu.  Despite using rice as its main ingredient, it has a distinct fruity aroma (similar to apples or bananas), due to its unique atmospheric distillation method.  Vintage Awamori that has been allowed to mature for three years or more is called Kusu, and it has a sweet and mellow vanilla-like aroma.  Kusu, even with an alcohol level of over 40%, tastes mellow without a strong alcohol flavor and smells sweet.