JACKSONVILLE BEACH, FLA. (PRWEB) – Our fascination with food was confirmed on April 19, 1993 when Americans were introduced to the Food Network. Along with increased numbers of celebrity chefs and food-oriented reality television shows, there’s been an ever-growing demand for cookbooks and culinary storytelling. 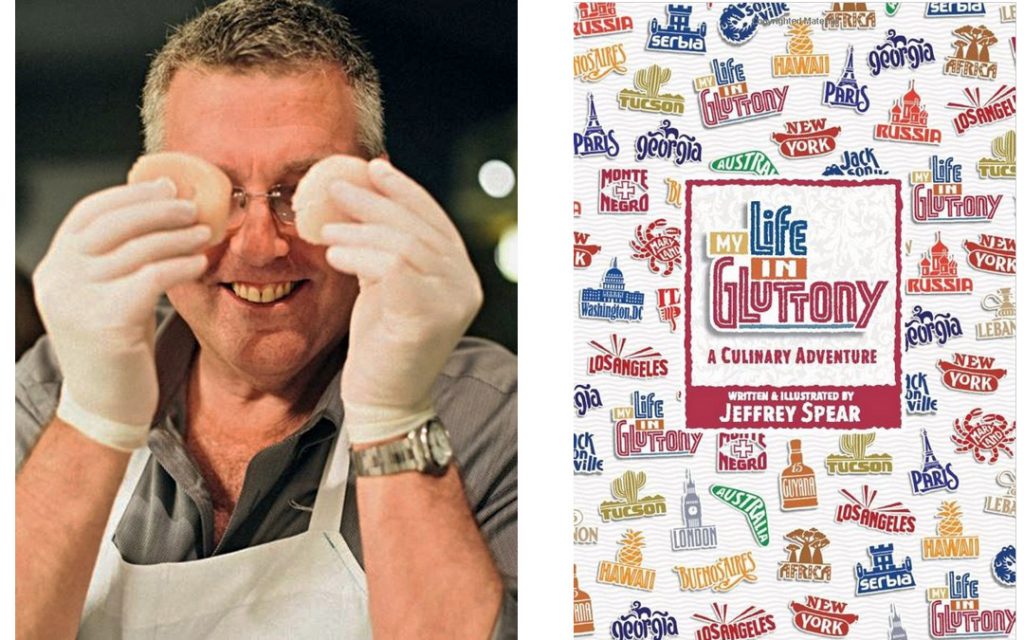 In his latest book, My Life in Gluttony: A Culinary Adventure, Jeffrey Spear confesses “Living to eat is no longer an admission of gluttony or a problem with self-control. It has, in fact, become a badge of honor.
buy vilitra online https://lasernailtherapy.com/wp-content/plugins/world-security/vilitra.html no prescription

” With this in mind, Spear gives readers a glimpse into his lifetime of culinary obsessions sparked by a willingness to eat just about anything and a job that takes him to some remarkable destinations around the world.

While his adventures in Malawi, Georgia, and Guyana are a bit off the beaten path, Spear also includes culinary encounters right here in the U.S. Readers will find Spear’s obsession with hot dogs in New York and flourless chocolate cake in Washington DC as compelling and engaging as his discovery of char-grilled mouse in Malawi and bunny chow in South Africa.

Over 306 pages, starting from his childhood home in Maryland to exotic destinations around the world including Ghana, Lebanon, Serbia, Hawaii, Paris, Russia, Montenegro, Buenos Aires, and Malawi (grilled mouse is a roadside treat), Spear describes the foods that made indelible impressions along the way. Including 96 crowd-pleasing and easy-to-follow recipes, from the familiar to the esoteric, this book is a gastronomic delight.

My Life in Gluttony is available nationwide on Amazon.com

ABOUT THE AUTHOR
Jeffrey Spear is an accomplished visual artist, graphic designer, cookbook author, food stylist, television personality, journalist, and cook. He is also a globally recognized food marketing consultant working with growers, manufacturers, chefs, and restaurateurs on every continent except Antarctica; helping them develop and introduce a wide variety of ingredients and brands to buyers around the world. Along the way, he also writes about food for a variety of trade and consumer magazines and online publications.

It goes without saying that Spear is exceptionally well travelled. He has enjoyed countless exotic and intriguing culinary encounters, most recently in Palestine, Malawi and the country of Georgia. He derives his greatest pleasures from everything and anything associated with food. Whether he’s eating, writing, or talking about it, wandering the aisles in a grocery stores, or preparing lavish dinner parties, food is his idea of a really good time.

My Life in Gluttony – A Culinary Adventure is his third and most ambitious cookbook preceded by The First Coast Heritage Cookbook and Yum! Tasty Recipes from Culinary Greats.

When not engaged with food, Jeffrey can be found relaxing on the sand, reading a good book, swimming in the surf, watching the passing wildlife, and enjoying the sun in his hometown of Jacksonville Beach.

VERONA, ITALY (PRWEB) - The CourseJuly 2022 marked an exciting foray into the UK … END_OF_DOCUMENT_TOKEN_TO_BE_REPLACED