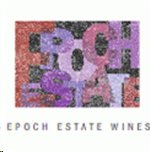 How does a winery achieve immediate cult status?

I first heard about Epoch perhaps a couple of years ago, maybe a little less. Lots of buzz on the erobertparker.com message boards and elsewhere. I signed up for the mailing list and was offered a small allocation. They sold out, I think, within 24 hours.

Last Fall, I wrote about visiting Denner Winery, and while we were there we had the opportunity to taste the wines being made by Epoch at the Denner facility. I won’t bore you with that story again, other than to say the wines were great and I was happy I had bought some earlier, as the current releases were all sold out, as mentioned above.

At the time, tasting-room-manager-without-a-tasting-room Kristen Carrillo told us that Epoch would be opening a tasting room at the old York Mountain winery property which they had purchased, although they would continue to make their wines at Denner for now.

In the meantime, early in 2011, Epoch’s next release sold out as quickly as the first.

I expect having Justin Smith of Saxum as consulting winemaker, as well as the acquisition and replanting of the historic Paderewski Vineyard were contributing factors. And now the internet provides so much information practically instantaneously, it is hard to keep things a secret for long.

But, for those of you not on the mailing list, there is good news. The tasting room is now open and limited quantities of Epoch wine are available.

Kristen greeted us at the tasting room and we went through the wines being poured that day, a combination of the current and previous releases…

The wines were all showing really well. I was especially fond of the Veracity and Authenticity, although my favorite of the day was the Zinfandel.

As you can see, these are very small production wines. I highly recommend you get on the mailing list or visit the tasting room soon.

(Editor’s note: I seemed to have switched the dates for this with the date for last week’s Clavo Part 2 in Mike’s Paso series.  Please forgive me, as I know Mike has!)

LOVINGSTON, Va./PRNewswire/ -- Virginia Distillery Company and members of the … END_OF_DOCUMENT_TOKEN_TO_BE_REPLACED