Our founding father’s certainly appreciated quality liquor. Most did not follow the colonial custom of drinking rum. Benjamin Franklin brewed beer. Thomas Jefferson was also a brewer and set up large vineyards at Monticello. George Washington had his own recipe for porter, a dark brown bitter beer brewed from malt that has been partly charred. In 1797, our first president set up a whiskey and brandy distillery at Mount Vernon. In fact, the Mount Vernon Distillery actually became one of the largest in our fledgling republic.

Just what was the whiskey of choice of the father of our country? Rye. Rye you ask? The same drink that we see in Western films where the Duke himself comes barreling into a saloon, throws a dollar on the bar top and says, “Give me a shot of rye.”

There is a Rye Renaissance in the world of spirits. Quality distillers are experimenting with America’s favorite whiskey prior to Prohibition. The resulting spirits have been taking the market by storm. In fact, November of 2012, George Washington’s Mount Vernon Distillery reopened and has been selling a version of the rye whiskey that was once made by George Washington.

What is so special about rye? This grain is often used in the distilling of whiskey and vodka to add flavor and complexity.

Today, I am joined in my flat by long time friend and fellow sommelier, Elena Boiko. Today we will be tasting some very select American Rye Whiskies.

“Grisha,” Elena paused to collect her thoughts. “I know you appreciate fine bourbon, brandy and vodka, what prompted you to start experimenting with rye?”

“I must admit that I was not one of the innovators with the re-birth of rye,” I laughed under mu breath. “I was quick to jump on the band wagon. Now, let’s just say I am a promulgator.”

“What attracted you to this spirit? Elena asked softly.

“I especially like rye vodka. My favorite rye vodka is Starka.” I paused for emphasis. “Not only is Starka aged in oak barrels ten to fifty years, and buried underground …”

“Grisha,” Elena broke in. “Since Starka is barrel aged, why is it not considered whiskey?

“I guess that is a future topic,” I nodded playfully. “Actually, in Canada, Starka would be considered whiskey.”

In the United States, by law, rye whiskey must contain at least 51% rye. Other ingredients used for the mash are typically corn and malted barley. Rye must be a minimum of 40% alcohol, and aged in charred new oak barrels. Rye whiskey must also have been aged for a minimum of two years to be designated as “straight” rye whiskey. The resulting spirit is acclaimed due to its distinctive flavor. Rye whiskey is primarily known for the spicy and fruity flavor that it adds to whiskey.

“Grisha, I am curious about something,” Elena paused for effect. “Considering that rye was originally America’s whiskey of choice for cocktails over bourbon, how do they differ?”

“Cocktails made with rye tend to be drier than the same drink made with bourbon,” I paused to collect my thoughts. “Once prohibition was lifted, the popularity of bourbon was on the rise. The only people left drinking rye, were the lonely old fellows sitting at the end of the bar.” 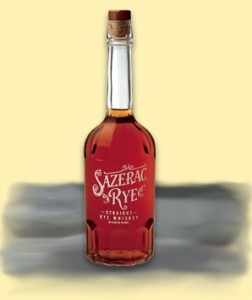 Our first selection is the the perfect introduction to rye whiskey. Sazerac Kentucky Straight Rye Whiskey has been aged for 6 years. It is a deep amber in color and the nose is filled with the dense aromas of vanilla and apricot, with an array of spices including clove, anise, and pepper. On the palate, the rye comes more into play. It is full-bodied and there is a healthy dose of spices, citrus, toffee nut and charred wood. The finish is creamy and smooth with licorice and smoked pepper tones.  Sazerac Rye is 45% alcohol and a great value at $30. America’s premier cocktail, “The Sazerac” has  long been synonymous with the city of New Orleans. Sazerac Straight Rye Whiskey was used to make the original cocktail.

“There are a lot of flavors,” Elena smiled with delight. “I can see why it is popular with bartenders.”

“Precisely,” I flashed her a quick smile. “In New Orleans, rye whiskey is Sazerac.”

Our next selection was Hudson Manhattan Rye. This is an interesting whiskey that has been aged for two years. It is a rich amber in color. The nose is filled with the aromas of cashew butter, figs, and rye bread. On the palate, Hudson is fruity, medium bodied, and nicely balanced. There are flavors of spice, honeyed grain, and a distinct woodiness with just a hint of sweetness at the end. The finish is not only excellent, there is a certain charm to Hudson. Hudson Manhattan Rye is 45.1% alcohol and a price tag of $45. Prior to Prohibition, New York was renown for its rye whiskey. Jenny Churchill, Sir Winston’s mother, is reputed to having made the Manhattan Cocktail famous.

“I love the complexity of Hudson,” Elena savored her drink. “Yet there is a certain savoir- faire with this one that I especially like.”

“I agree. Hudson is light and versatile, and at its best in a cocktail”

Our next selection was Reservoir Straight Rye. This is a Classic American whiskey out of Virginia. It is a handcrafted spirit that has been double distilled and aged to perfection in charred new American oak barrels. Deep russet in color, it is big and bold. The nose is densely packed with aromas of honey, spices, vanilla, and oak. Reservoir is full bodied and rich. The rye grain shows through strong and sharp on the palate. As it continues to evolve, Reservoir evokes a complexity that is unsurpassed. It is earthy and full of oak. The finish is distinctly long and memorable. Reservoir Straight Rye is 50% alcohol wit a price tag of $80. This is definitely a 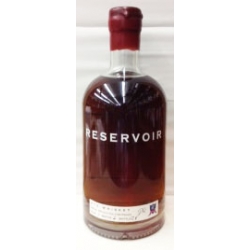 sipping rye and a definite must add to the serious whiskey-lover’s collection. Perhaps an ice cube to soften the flavors.

“A very complex and memorable whiskey that I found most enjoyable,” Elena’s eyes crinkled as she smiled. “Reservoir is definitely your palate.”

“I am glad you enjoyed Reservoir, and you didn’t even need the ice cube,” I chuckled softly.

Our last selection was Old Portrero Single Malt out of San Francisco, California. The Portrero Hill Distillery uses a copper pot still and produces their uniquely American whiskey from mash of 100% rye malt. It is aged for three years in new charred oak barrels. It is made in the traditional style of America’s earliest distillers and exemplifies a rye whiskey of wonderful character.
buy Accutane generic https://buynoprescriptionrxonline.net over the counter

It is a deep amber in color and very smoky on the nose. It is laced with aromas of old leather and molasses. On the palate it is rich and full bodied. The dominant flavors are molasses, spice, and just a hint of vanilla. The finish is sweet , flavorful, and lingers for a moment as it fades into a light smokiness. This is a whiskey that one can sit and enjoy by the fireside on those cold San Francisco nights. Old Potrero Single Malt is 45% alcohol and a price tag of $100. 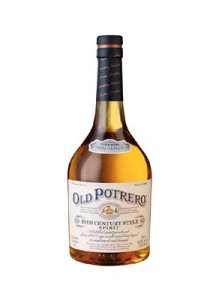 “A bit nostalgic. Longing for home?” Elena playfully teased. Old Potrero was quite interesting but a bit too smokey for my palate.”

“This is a unique whiskey with a character and flavor all its own,” I replied with a nod. “I think this is one that Scotch drinkers would prefer.”

“Scotch? When will we be doing a tasting on Scotches?” Elena toyed with me.

“Soon, but that my friends is another story …”