One of our favorite annual events was held on Saturday, September 10th at UCLA and Karen and I had the great pleasure of once again attending. 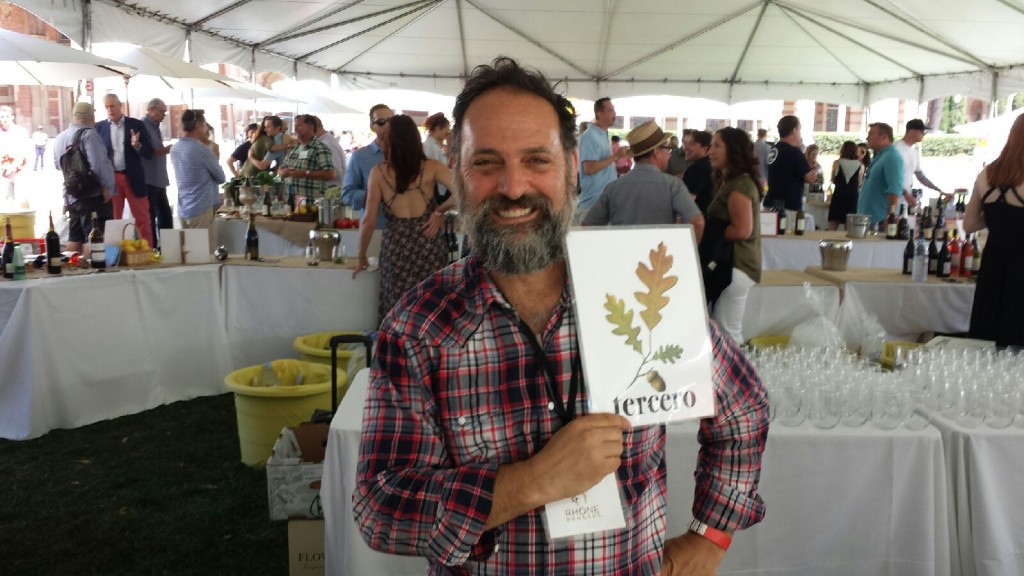 Not only is L.A. Loves Alex’s Lemonade always extremely well organized in a great setting on the Royce Quad, with great wines, beers and other libations, but guests were treated to culinary treats from a veritable “who’s who” of star chefs, from restaurants both local and afar:

Impossible to pick food favorites. So many delicious bites that it was somewhat of a blur. A couple of standouts among a sea of standouts were the brunch burger from ERB, the pork belly from Redbird and the lamb belly from Bestia.

This is definitely a chef-driven/food focused event, but you can also see the whole lineup of wines, beers and cocktail providers here:

Some of the wine highlights for us…

It was great to get a chance to visit with Larry Schaffer of tercero and taste several of his terrific wines before his table got too busy [as it always does]. An added bonus was he brought a couple juice samples from soon-to-be-this-year’s harvest.

Hudson Wine Brokers continue to show that not all delicious wines from Australia need to be high alcohol fruit bombs.

In addition to “star chefs” there were other stars in attendance as well, such as…

Check out all the photos here from the event’s Facebook page:

While you’re at it, you should check out their videos as well to see what you missed…

I just can’t wait until this event isn’t around anymore.

I guess I should ‘splain myself.

For those who don’t know the story…

Alexandra Scott decided at age four that she wanted to set up a lemonade stand to raise money to help cure childhood cancer, not just for her but for all children. Others took up the cause as well and by the time Alex passed away in 2004 at eight years old [she’d been fighting the disease since before she was one], she and those inspired by her had raised more than $1 million. The following year, her parents Jay and Liz Scott founded the Alex’s Lemonade Stand Foundation to continue what Alex had started. More than $127 million has been raised since 2000, and one of the events that raises funds for this foundation is LA Loves Alex’s Lemonade. At this year’s LA event alone, which is hosted annually by Chef Suzanne Goin, her business partner Caroline Styne and Chef David Lentz, over $1 million was raised.

So wouldn’t it be great to not have to raise funds for this cause every year?

But in the meantime, this is about as deserving of a cause as one can possibly think of. If you missed it this year, we hope to see you there next time.

A few weeks ago I received an email from Naushad Huda, the “Voice of Modern Wine … END_OF_DOCUMENT_TOKEN_TO_BE_REPLACED