The book Napa at Last Light by James Conaway was very hard to read. Not because it was poorly written. Far from it. Mr. Conaway is an excellent writer, having authored thirteen books as well as having been published in numerous magazines. This book, subtitled “America’s Eden in an Age of Calamity”, is the most recent installment of what is called his Napa trilogy, which started with Napa: The Story of an American Eden and continued with The Far Side of Eden: New Money, Old Land, and the Battle for Napa Valley. 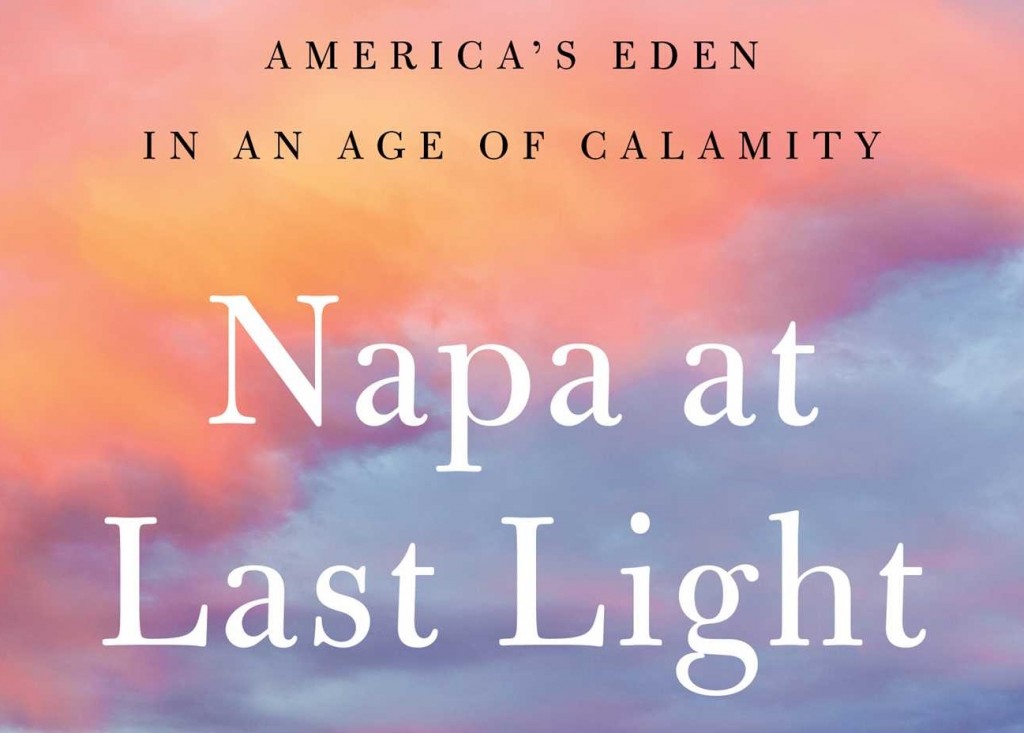 So when I say it is hard to read, it is because the third volume, unlike a certain other famous trilogy, reads like “Sauron” is on his way to winning and that is sad.

Not one to pull punches, Conaway writes about the large corporate interests as well as the millionaire vanity vintners who threaten to take over Napa Valley, using up its twin scarce resources of land and water in the search to produce the next high scoring Cabernet. Providing much detail about the political intrigue and machinations involved, he’s not afraid to name names either. [I’ll leave those for the reader to discover.]

Personally, I wish he would have spent more time on people like Steve Matthiasson, who emerges in the book [to continue the analogy from above] as a possible real-life “Frodo Baggins”, or perhaps more aptly “Samwise Gamgee”. There are a few other heroes presented as well, probably most notably Randy Dunn of Dunn Vineyards.

I’m not naïve enough to suggest that development is all bad and that money is the root of all evil. Personally, Napa is not our usual stomping ground, but in the wine regions that Karen and I frequent we’ve seen plenty of inroads from wealthy people who have caught the wine bug, as well as from corporate interests. We tend to favor the smaller wineries, some of which hang on by a shoestring. Yet, I’m not ashamed that some of our favorites are also from people who made their fortune in other walks of life and have the financial wherewithal to invest significantly in their winemaking operations.

I also believe that for smaller wineries to be successful, Direct-To-Consumer sales are critical, versus giving away profits in multi-tier distribution systems. But, DTC usually requires visitors and visitor facilities use land. And the addition of event centers enables wineries to attract more visitors and generate more revenue. Commerce, ultimately, is the end goal in order to keep the winery operations going.

But there is no denying the issues that Conaway discusses.

Land and water are finite.

Climate change is real. And there are certain political forces at various levels of government that are seeking to reduce environmental protections.

Some people say that Mr. Conaway has gone too far. They say he only presents one side of the issues and doesn’t tell the whole story. Personally, I’m not qualified to judge. I do know that voices like James Conaway’s are important to keep the conversation going.

And while this is referred to as the final volume of the Napa trilogy, I’m hoping for at least one more installment – with some good news.

Napa at Last Light: America’s Eden in an Age of Calamity