In a recent article, I wrote about Guillaume Fabre, who came from the South of France and created Clos Solene for his wife and fortunately for all of us as well. 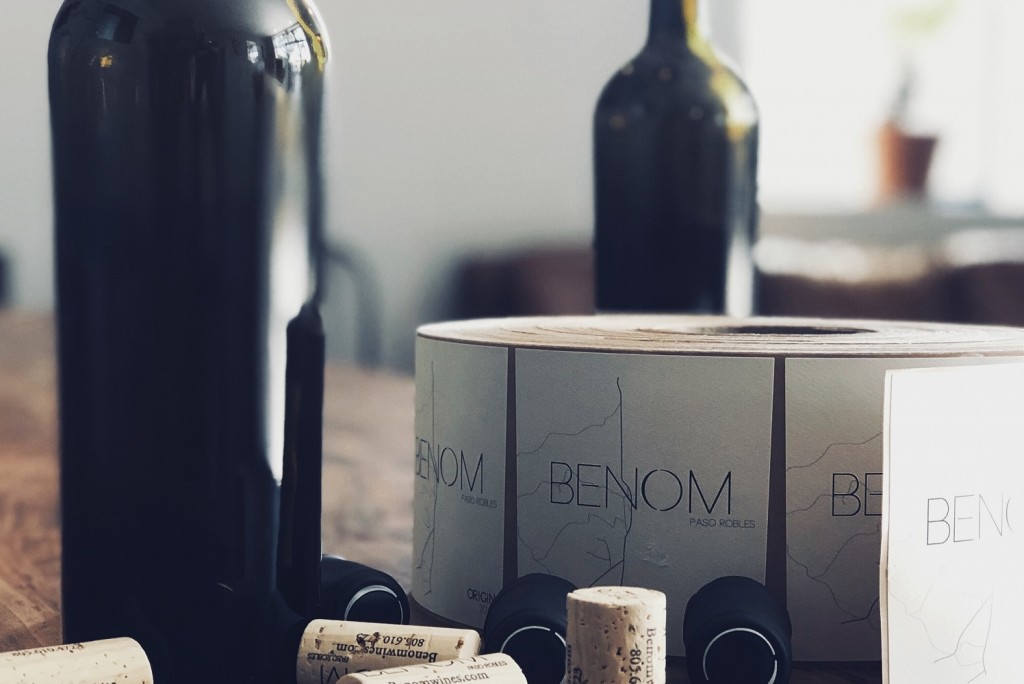 As it turns out, Guillaume has a brother – Arnaud. And while Karen and I had initially met Guillaume at a wine festival, our introduction to Arnaud was indirectly related to one.

Back in 2013, we attended the Ojai Wine Festival for the first time. Karen came across a new winery that she insisted I try…Law Estate Wines.  She was right, of course. The wines were great and we’ve been fans of Law ever since.

But that’s not when we met Arnaud.

A couple of years later, we were tasting at the new Law tasting room in Paso Robles where we met Arnaud for the first time when he conducted a tasting for us. Now, I’m no genius but even I could figure out when we met this tall young man from France with the last name Fabre, that he must be the brother of Clos Solene’s winemaker / owner Guillaume.

In my article about Clos Solene, I wrote about how Guillaume convinced the love of his life, Solene, to come to Paso Robles. Arnaud’s story is similar, as he found his soulmate once he joined Guillaume in Paso and met Chloe of L’Aventure Winery. His job as Sales and Marketing Manager of Law keeps him very busy, especially now that he and now-wife Chloe have a baby.

Busy as he is, the pull of making wine with his brother Guillaume has always been present. So, when Guillaume moved Clos Solene from its spot in Tin City to the new estate property, it was time for the brothers to see what they could do together.

Benom was born. Arnaud told us that focusing on Cabernet Sauvignon and Blends, they wanted to bridge their roots (Languedoc-Roussillon and Bordeaux) with Paso Robles, producing wine that reflects the style of a French wine with the richness and power of Paso Robles.

What does “benom” mean? Don’t try to look it up. It is the phonetic spelling of the French word “binôme”, meaning “a project together, a duo”. I’ve tried to allude to similarities and differences of the two Fabre brothers, such as how we met both of them and how they met their loves. The wines reflect this as well.

The 2017 Contrast is an almost 50/50 blend of Sauvignon Blanc and Chardonnay, which is a very atypical blend. It is definitely not something you’d find in France or in many places, actually. It turns out that the natural acidity of the SB matches up perfectly with the richness of the Chardonnay.

Another blend is the 2017 L’Essor, 52% Grenache and 48% Cabernet Sauvignon. Did I mention this was a Rosé? When did you last or ever come across Cab in a Rosé? The Grenache was picked especially for this wine and the Cabernet is the bleed-off from their 100% Cabernet Sauvignon [more on this below]. This is an unusual blend that really works well.

Speaking of unusual blends, the 2015 Les Deux Frères is comprised of Grenache, Tempranillo and Cabernet Sauvignon. Even my very limited knowledge of French enabled me to translate this as The Two Brothers; and a fitting tribute to them it is as it was my favorite wine of our visit.

This 100% Cabernet Sauvignon has everything the Cab lover could want – great fruit and aging structure. It is a beautiful nod to the Fabre brothers’ French roots with the power of Paso Robles. But, a sneak peek of the 2016 makes me think the best is yet to come.

It is going to be exciting to see what this project borne of brotherly love creates for the future.