MARINA DEL REY, CALIF. (PRWEB) – Guillotine Vodka had a pretty successful summer season. Throughout the summer the brand had heavily promoted and highlighted their Originale, an ultra-premium vodka made from the finest Champagne-region grapes. This vodka has a light and clean finish, offering notes of citrus with hints of almond and toffee. However, the star of this past summer season was the Heritage barrel-aged vodka. To no one’s surprise, this amber-colored vodka continues to steal the show, receiving validation from global news outlets.

Guillotine Heritage barrel-aged vodka has been listed as #3 by the acclaimed New York-based magazine, Rolling Stone in their “The Best Vodka Brands To Buy Right Now” article. Recognized for their opinions on popular culture, Rolling Stone emphasized the demand for Guillotine Heritage and reinforced the brand’s credibility by noting the uniqueness and sophistication the Heritage possesses, comparing it to a fine cognac. 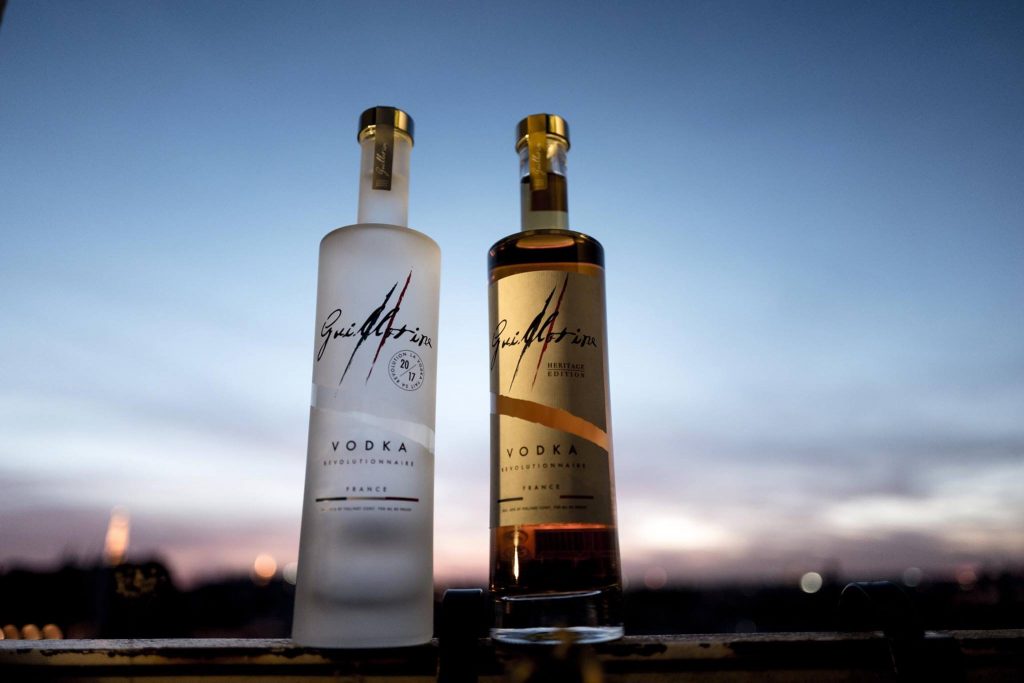 The article goes on to highlight the brand’s success, stating: “Guillotine is ideal for anyone who’s already developed a palate for vodka and is looking to try something new. It’s been lauded by experts and the public alike, earning a Double Gold Medal at the consumer-judged SIP Awards in 2019.” The Rolling Stone article was then re-published by Yahoo!, more than doubling its exposure to an audience that may be familiar with vodka, but not necessarily aware of this new French vodka that claims to be A Cut Above Le Reste.

Guillotine Heritage Barrel-Aged Vodka is a unique aged vodka that is matured in Cognac and Armagnac barrels made from very special Limousin oak, adding notes of cinnamon and toffee with hints of mandarin orange and licorice. Made in a 100-year-old distillery using a mix of ancient methods and modern savoir-faire, Guillotine Heritage Vodka is an ultra-premium spirit unparalleled in quality, taste, and joie de vivre.

Guillotine Heritage Barrel-Aged Vodka is the only French vodka from Champagne-region vineyards that is aged in oak barrels, instilling Guillotine Heritage with its unique aromas, increased roundness, and golden amber hue. Smooth and clean, with subtle woody notes complemented by hints of spice, vanilla and cinnamon, this exceptional vodka has just the right amount of umami.

Guillotine Heritage Barrel-Aged Vodka is crafted with care using artisanal techniques steeped in France’s rich history of fine wines and spirits. The process starts by handpicking and de-seeding world-renowned grapes, slowly pressing them, patiently distilling them, and expertly preserving their essence. The taste and finish of Guillotine are the results of mingling white and black grapes such as Pinot Noir, Pinot Meunier, and Chardonnay.

Guillotine is a revolutionary French vodka created exclusively from the Aÿ-Champagne region’s finest pinot and chardonnay grapes. Founded by Paul Berkmann in 2016, the brand’s mission is to introduce the world to the finest artisanal spirits, starting with ultra-premium vodkas that are unparalleled in quality, taste, and joie de vivre. Guillotine is 100% natural, vegan-friendly and gluten-free, containing no coloring or flavoring additives, no glycerol, and no citric acid.