Paso Robles, CA – October 2, 2012 – Forty-eight artisan ‘garagiste’ winemakers are set to pour at the Second Annual Garagiste Festival, the first and only festival dedicated to promoting artisan ‘garagiste*’ winemakers, held November 8th through 11th in Paso Robles. The Garagiste Festival showcases high-quality, cutting-edge, small production wineries or ‘garagistes’ that produce fewer than 1,200 cases a year. With an estimated nearly 200 garagiste winemakers in the Paso Robles/Santa Ynez region alone, and an estimated 3,000+ nationwide, the Garagiste Festival surveyed the winemakers pouring at this year’s festival to paint a picture of these underground winemakers who, arguably, are making some of the best, most exciting and most innovative wines in the world.

“A year and a half ago, few people were aware of the garagiste movement, but that is changing rapidly.  We know that the wines that come from these small-lot winemakers are extraordinary, but what many don’t know is the degree to which these mavericks are willing to experiment and how hard their passion drives them to work,” said Garagiste Festival Co-founder Douglas Minnick.  “This data paints a picture of innovative and hard-working winemakers, experimenting with multiple varietals. Many do not have tasting rooms and support their passion with a second job, but one thing they all have in common is that they make the wines they’re passionate about, not what the media says are popular — especially since they’re the one’s who have to sell it.”  Literally. Ninety percent of them are their own bosses and have no employees.

Nearly half of the garagistes made their first vintage in the last six years and, on average, make 3-4 wines per vintage, allowing them room to experiment while keeping the quality high and the amount they make manageable.  While a quarter of them own their own vineyards and craft 100% estate wines (selling the rest of their grapes to other wineries), the bulk of garagistes prefer to mix and match, finding the grapes and land that suits the style of wine they want to make. Thirty percent own no land and cherry-pick their vineyard sites. The other 45% have their own parcel, but use additional vineyard sites that give them the varietals they perhaps can’t grow in their location, but are a must-have for them in their winemaking process.

The reason these wines are so hard to find is not because the quantity is limited, which is partially to blame, but because 62% operate without a tasting room of their own. It’s not a tough choice: use cash flow to make great wine or have a pretty building? Most, however, are happy to meet up with customers by appointment. Given the hands-on nature of winemaking at this level, it’s no surprise that 80% of owners serve as the winemaker as well. If that job wasn’t demanding enough, 40% of these hardworking artisans have a second job.  And, although it stands to reason that because they all want to be making wine full-time they would charge a lot for their wines, they don’t.  Given the high quality and low availability of these small-lot garagiste wines, price-points are a relative bargain: the average white bottle is priced between $18 and $25 and the average red is $28-$38. These are cult wines at prices that won’t break the bank of budget-conscious oenophiles looking to find the next “rock star” winemakers.

Not surprisingly, given that the majority of the garagistes surveyed are from the Paso Robles region, Rhone varieties are by far the favored grapes grown and used for both reds and whites. However, these winemakers are innovators and refuse to be pigeonholed. They work with over 38 different varietals and aren’t ashamed or afraid to throw anything into a blend as long as it makes it taste better. When asked what varietals they focus on, nearly 40% of these mavericks say ‘whatever suits them.’ Reds trump whites, with 29% making exclusively red wines, while only 2% make exclusively white. Sixty-nine percent make both red and white bottlings. While 37% stick to varietal wines – 100% or nothing – blending is key to the other 63%, who take chances and experiment with multiple varietals, i.e. Zinfandel with Cabernet, Syrah with Tempranillo, Chardonnay and Viognier, etc.

What regional varietals do you focus on?

Proximity to the Paso AVA means Syrah was the favored varietal among those making reds, with 70% using the grape (in blends and alone) – double those using Cabernet or Zinfandel. For those outside the region, Pinot Noir was king, with a few in Paso planting it as well. Viognier is the top grape for whites, with Grenache Blanc making a strong showing, beating out Roussanne as the second most used Rhone white. Although Grenache Blanc is still mostly blended away, the case for it as a stand-alone varietal is being made by the garagistes. After the Rhones, Chardonnay was the second most popular white grape, though most are keeping it simple with stainless steel, when it’s not used in a blend. Albarino came in a distant but impressive third, given that it has only been grown in the region since 2005.

Red, White, or Both?

Not surprisingly for these busy winemakers who need some way to get their message out, social media is a key communication tool for them. Seventy-seven percent are on Facebook and 54% are on Twitter. The good news for those interested in meeting the “garagiste” winemakers, 100% of them will be sharing their wines with the 2012 Garagiste Festival attendees.

Last year’s festival sold out and the 2012 festival is expected to sell out early. To buy tickets go to http://garagistefestival.com.  To be alerted for breaking news about additional Garagiste events or to learn more about The Garagiste Festival, and to get the latest event info, sign-up for The Dirt at http://garagistefestival.com/sign-up/. Or follow us on Twitter (@PasoGaragiste) and Facebook https://www.facebook.com/pages/Paso-Garagiste/171568979573300.

*Garagistes (gar-uh-zhē-stuh) is a term originally used in the Bordeaux region of France to denigrate renegade small-lot wine makers, sometimes working in their “garages” (anything considered not a chateau), who refused to follow the “rules,” and is now a full-fledged movement responsible for making some of the best wine in the world. Click here for more info and proper ‘garagiste’ pronunciation: http://www.garagistefestival.com/.

About The Garagiste Festival

The Garagiste Festival (http://www.garagistefestival.com) is the first and only wine festival dedicated to the undiscovered and under-recognized artisan ‘garagiste’ producers who are making some of the best, most exciting, handcrafted small-lot production wines in the world. The Garagiste Festival was named one of the “Top Nine Incredible Epicurean Vacations” by ABC News.  Founded by fellow garagistes Stewart McLennan and Douglas Minnick, the Garagiste Festival is committed to fostering the spirit of free exchange of ideas and encouragement that has made Paso Robles one of the friendliest, most successful and innovative wine-making communities in the world. The festival is produced by Garagiste Events, a non-profit dedicated to furthering the education of future winemakers and those training for employment within the wine industry.  Proceeds from 2011’s sold-out festival were donated to the Cal Poly Wine and Viticulture Program. 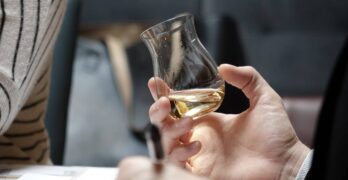