Autumn on the island of Malta is gloriously met by the Quormi Festival. This two day event is a celebration of the local wines. Held on the streets of Quormi and is hosted by St. George’s Parish Church … Wait just a minute! Malta? Wine? Malta as in the “Maltese Falcon?”

You bet. Wine production on the island dates back over 2,000 years. Beginning with the Phoenicians, who were followed in the 16th century by the Knights Hospitaller, who brought with them centuries of winemaking tradition. Up until the 19th Century, such varietals as Oporto, Jerez, Madeira, and Marsala, all thrived on Malta. With the arrival of the British, the island’s viticulture underwent a great change. The Crown was in in favor of cotton production, and many of the vineyards and olive groves were uprooted in favor of what the British Empire saw as a more prosperous commodity.

Within a century, however, the pendulum had swung back in favor of the vine. Cotton grown in the United States had now become prized on the international market. Over the next few years, viticulture once again thrived on the Maltese Plains.

Fast forward to today. Encouraged by the EU and USA markets, many see the wines of Malta as one of the next “up and coming” wine producing regions of the world. In recent years Malta has undergone a complete transformation and now centers its wine production on Chardonnay, Grenache, Syrah, Cabernet Sauvignon, and Merlot. The climate of Malta is is ideal for wine growing. Summers are hot and dry, while winters are cool and wet. 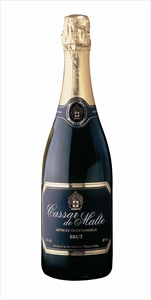 Today, I am joined by long-time friend and fellow sommelier, Serena Dutto. One of the things I have loved an admired about Serena is her adventurous spirit. Though she is expert with Italian wines, and educated at the prestigious European School for Sommelier, she did not think I was crazy when I said, let’s go to Sardinia and explore the wines. Nor did she think I was crazy when two years ago, when I suggested we try Malta. We have come to the Quormi Wine festival to share with our readers Malta’s two indigenous grape varietals, Girgentina and Gellewza.

Our first wine, Marsovin Cassar de Malte 2008. Malta’s largest wine producer, Marsovin, is known for their Brut. Cassar de Malte is 100% Chardonnay grapes and made entirely using the strict, lengthy, and rigorous procedures of the “Method Traditionnelle.” The grapes are from the renown Wardija Valley Estate and matured on yeast lees in the bottle for a minimum of 12-24 months. Our wine wills the glass with wonderful sparkling bubbles that invite. On the nose, there are complex floral and fruity notes that pleasantly linger. The palate it is invitingly rich, full in taste, and complimented by its pleasant natural sparkle. The alcohol content is 12% with a price tag of $25.

“I love this wine,” Serena openly displayed her pleasure. The 2008 recently won a silver medal at France’s prestigious sparkling wine competition, Effervescents du Monde. In fact, the 2003 and 2005 have also been awarded silver medals.”

“Most impressive,” I gave a quick nod. Especially considering that Marsovin has only been producing Cassar de Malte since 1997.”

Our next selection, La Torre Girgentina is a refreshing and fruity white wine produced by Marsovin. On the eye, it is a very light yellow. The nose is light and delicately floral. The bouquet is scented with aromas of lemon, melon, and faint hints of minerals. On the palate, the wine is distinct in flavor with its light body, and crisp acidity. Over all it is an easy-drinking wine that is a perfect way to end a warm summer day. The finish is warm and pleasant. It is perfect as an aperitif and served well chilled at 46 degrees Fahrenheit. The alcohol content is 10.5% with a price tag of $15. 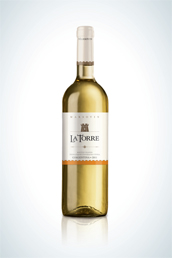 “What impresses me most about the La Torre is its versatility,” Serena’s expression brightened into a smile. “I can see it as an accompaniment antipasti, and a host of seafood dishes.”

“Definitely a nice match for salads and pasta dishes.”

“This wine is a perfect match for a grilled snapper salad,” Serena’s eyes sparkled as she spoke. “As a main course, thinly sliced octopus cooked in garlic and lemon juice.”

“What about soups?” I queried.

“Have you tried Alijotta?” she asked. “I know you like bouillabaise. Alijotta is a fish broth with tomatoes and seasoned with herbs.”

Next, Serena selected a Sottovoce Gellewza. This is a Frizzante, a semi-sparkling Rose wine made from Malta’s, Gellewza grape. An ever popular varietal, Marsovin grows these grapes on both Malta and its sister island, Gozo. In the glass, it has just enough bubbles to please. On the nose, the bouquet is smooth and well- balanced. On the palate, the wine is slightly sweet, making it ideal to be served well chilled on its own, or with a dish. The alcohol content is 11.5% with a price tag of $15. 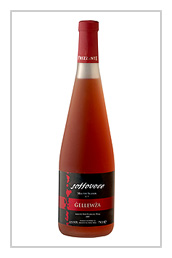 “A very nice wine to serve when the girlfriends come over to catch up on some gossip,” Serena giggled.

“Or with fish, pasta, and white meat dishes,” I joined in her merriment.

Our next selection was from Malta’s other premier wine producer, Delicata. This local family has been producing quality wines since 1907, when the family’s patriarch, Eduardo Delicata, left his medical practice and started a growing grapes. Since then, the winery has amassed several awards and is recognized for producing popular wines of international repute. Serena selected Delicata’s Maltese Falcon Gellewza Rose. On the eye, it is soft and inviting. On the nose, there is a definite presence of fresh strawberries.
buy Synthroid generic https://buyinfoblo.com over the counter

On the palate, there are ripe fruit- driven flavors to this delightful medium dry Rose. The alcohol content is 12% with a price tag of $20.

Our last selection, Marsovin Citadella Red 2012 is definitely a wine that exemplifies the South Mediterranean character. It is a blend of Gellewza and Syrah. For Maltese winemakers, it is popular to blend these two varietals. Gewllewza acts to soften the spiciness of Syrah, and adds a bright cherry flavor. On the eye, the color is deep, dark, and rich. The nose is alive with peppery spices, abundant cherries, and slight earthy undertones. This is an easy drinking wine that is smooth and mouth filling with soft tannins and ripe berry flavors. There are also traces of blueberries and strawberries that round out this exceptional wine. The alcohol content is 12.5% with a price tag of $20.

“I can also see the Citadella being red meets.” 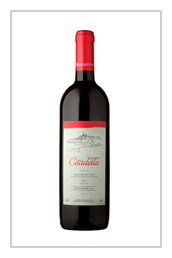 “This is a delightful wine in that it will pair wonderfully with everything from pizza, to pasta dishes, and especially lasagna,”she played with my hand. “Now I am hungry, any suggestions?”

“I’m still curious about the Alijotta,” I flashed her an even grin. “What would you say to taking a boat to Gozo and having dinner? … But that my friends, is another story.”

The KFWE is the destination for wine and food lovers alike, affording … END_OF_DOCUMENT_TOKEN_TO_BE_REPLACED