THE terroir of wine could have more to do with the soil microbes found around a grapevine’s roots than the soils physical characteristics, according to new research.

The findings, published in mBio the online open-access journal of the American Society for Microbiology, could help dissect how microbes affect a wine’s properties and pave the way for biotechnological advances for producing hardier crops as well as to new, bacterial ways to massage a wine’s outcome. 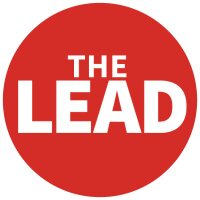 “Growers have been sub-selecting the best regions to grow grapes over thousands of years, but the science of that is poorly understood,” says Jack Gilbert, a microbial ecologist at the Argonne National Laboratory in Illinois. “Just the same as the human biome plays a role in health, bacteria have intricate associations with plants that affect disease resistance, stress tolerance and productivity.”

The team of researchers, which included winemaker Gilles Martin, looked at four closely related Merlot plants growing in five different vineyards across a small stretch of the North Fork region of Long Island, New York. For each location, they sampled the soil, roots, leaves, flowers and grapes throughout a growing season. Then, the team used shotgun metagenomic sequencing to characterize all the bacterial species found on each part of the grapevine. The team found that it’s all about location, location, location.

“Where you grow that particular grapevine is the most important characteristic shaping which bacteria will colonize the plant,” says Gilbert. The majority of bacterial species found in the plant were also present in the soil it was growing in. A few rare species found in the soil, were enriched in the aboveground grapes and leaves. This indicates that the soil acts as a reservoir for most of the bacteria that are colonizing the plants’ structures.

Next, the team compared the New York grapes’ microbiome to those associated with Merlot grapes from Bordeaux, France, and crushed Merlot grapes from California. All three hosted similar bacteria species. “No matter where you are in the world, the types of bacteria growing on or in Merlot grapes are quite similar,” says Gilbert.

Dr Paul Chambers, the research manager in biosciences at The Australian Wine Research Institute in South Australia says microbiome is a word we will hear a great deal more about in the near future.

The proposition that microbiome composition determines terroir deserves further research, said Chambers. If a viticulturist can shape the style of wine in a controlled manner by managing the microbiome of her or his vineyard in a targeted way, it opens the way for winemakers to more effectively shape their wines to meet market demands.

There is immense commercial interest in finding specific bacteria that would add benefits to crops, such as drought and pest resistance.
buy avanafil online https://clinicaorthodontics.com/wp-content/themes/twentytwentytwo/inc/patterns/new/avanafil.html no prescription

But the findings may also point to new, bacterial ways to massage a wine’s outcome.

“From the wine industry’s perspective, terroir comes from the plant’s physiology, the chemical nature of the grapes, and the yeast that do the fermenting work,” says Gilbert. From this study, Gilbert argues that the microbes present in the soil, rather than the soil’s physical characteristics, might play a bigger role in influencing terroir.

“We don’t have evidence that bacteria are specifically contributing to terroir, but our next step is to figure out how those bacteria are affecting the chemistry of the plant.
buy xenical online https://clinicaorthodontics.com/wp-content/themes/twentytwentytwo/inc/patterns/new/xenical.html no prescription