Last week I gave you information about the seminar at the latest Garagiste Festival as well as the list of wineries pouring. I couldn’t taste everything, but of the wines I tasted, these were the standouts for me: 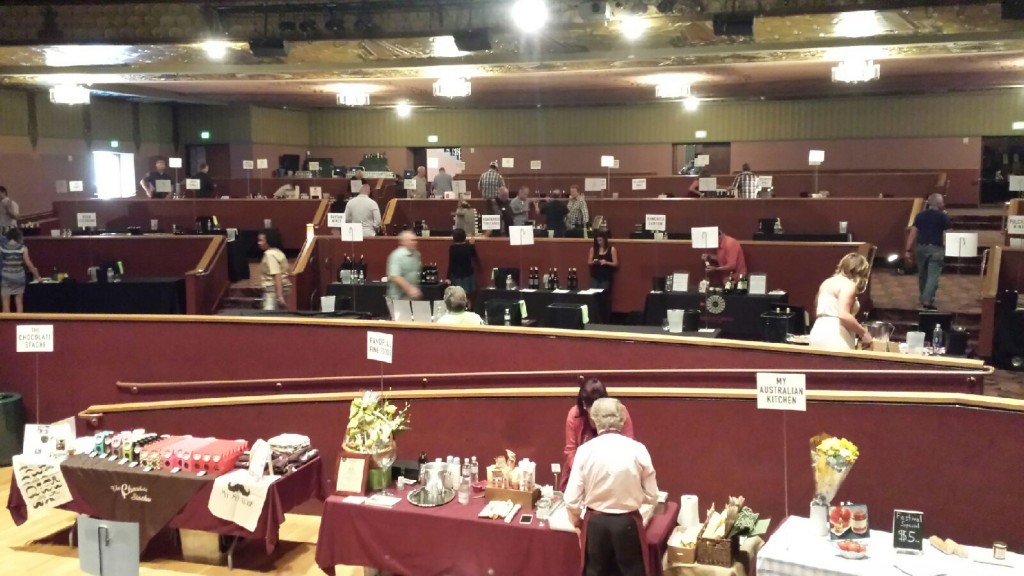 Artisan Uprising – Brothers William and David Vondrasek source some great fruit, primarily from Paso’s east side. Enjoyed everything they were pouring, especially the Malbec.

Ascension Cellars – already three from Paso Robles, and I’m only in the “A”s. The 2015 Silver Blanc blend was my favorite, although I did not get back to try everything on the table.

Bellissimo Cellars – winemaker Lora Marie Taylor gets some great grapes from Santa Barbara. The 2014 Pinot Noir from the La Encantada Vineyard was delicious.

Brian Benson Cellars – I promised not to use rock and roll references, but I have to make an exception here. Brian Benson is truly a rockstar winemaker and was pouring an amazing array of primarily Rhone influenced wines. All were tasty, but the big standout to me was the 2013 Syrah/Mourvedre from the James Berry Vineyard. [Note that this vineyard is owned by Justin Smith of Saxum, so the pedigree is pretty awesome.]

Caldera Cuvee – winemaker Samuel Papert is one of the few to gain access to juice from Paso Robles icon Carmody McKnight. The 2010 is a classic Bordeaux blend of Cabernet Sauvignon, Merlot and Cabernet Franc.

The Central Coast Group Project – winemaker Scott Sampler named his winery to honor all those involved in wine growing, making and consuming. It was fun to taste his 3-bottle 2012 Variations on a Clone, three different clones of Syrah from three separate blocks of the White Hawk Vineyard.

Hoi Polloi Wines – Garagiste Festival co-founder Doug Minnick is one of the owner/winemakers Hoi Polloi, showing off its first vintage, so I just had to try these wines. The single vineyard 2014 Syrahs from Sebastiano in Sta. Rita Hills and Alta Colima in Paso Robles were tasty, but the star for me was the blend of the two, the 2014 Double Exposure. [Watch for a tasting room in the Santa Clarita Valley, with co-tenant Pagter Brothers Winery.]

JP3 Wines – or is it JPIII Wines? I dunno for sure, but either way JP French, formerly of Stanger, is making great wines under his own new label. Loved both the 2014 Tempranillo and the 2014 Mingle [blend of Cab/Syrah/Tempranillo and Tannat].

Larner Winery – there are certain vineyards that I find to be iconic with the wines from them being pure expressions of their fruit. The Larner Vineyard is one of those. The wines Michael Larner poured were all excellent, but the 2011 Estate Reserve Syrah was my wine of the day with such an amazing finish.

MCV Wines – I’ve been a fan of Matt Villard’s wines since I tasted them a few years back, and nothing has changed except the wines are even better. The 2013 1105 Blend and the 2013 Black Petite Sirah Blend were my faves at his table this day. Go visit him at his Morro Bay tasting room if you want to escape the heat of Paso Robles.

Pagter Brothers Winery – I’ve known winemaker Scott Page Pagter for some time now and have seen a steady progression of quality. I’ve always been a fan of his Grenache; this time the Tempranillo made the biggest impression on me.

Pulchella Winery – what can I say about Santa Claritans Nate Hasper and Steve Lemley that hasn’t already been said? Very good wines, great people. The 2013 Tannat did it for me today.

Rhythm Wines – I think this was my most exciting find of the day. This urban winery sourcing grapes from Lodi, Santa Cruz and other locales really seems to embody the true Garagiste spirit. I really liked the 2015 Tannat from the Alonso Family Vineyard; SCV locals will recognize the name as the vineyard owned by Le Chene’s Juan Alonso. Also enjoyed the 2015 Enz Vineyard Mourvedre. Definitely a winery to watch.

Tlo Wines – I didn’t get a chance to taste here, but Karen said the 2015 Grenache Rose was her favorite of the day.

Two Shepherds – last on my list but never least, winemaker William Allen is passionate about his Rhones, focusing on lower alcohol, higher acidity, well balanced wines showcasing the vineyard and the grape. I had recently tasted much of his lineup at Hospice du Rhone, but I was glad for a chance to taste his 2014 Cinsault from the legendary Bechthold Vineyard in Lodi.

Kudos to the organizers for putting together another great Garagiste Festival. If you missed this one, I urge you to attend the original Paso Robles festival on November 12th. Sign up for their mailing list here: http://californiagaragistes.com/sign-up/

A few weeks ago I received an email from Naushad Huda, the “Voice of Modern Wine … END_OF_DOCUMENT_TOKEN_TO_BE_REPLACED