A few days prior to attending Ian Blackburn’s wineLA Elevating Zinfandel event with my wife Karen, I happened across a video that had been posted on Facebook by ZAP [Zinfandel Advocates and Producers – the organization “dedicated to advancing public knowledge of and appreciation for American Zinfandel and its unique place in our culture and history”] featuring Joel Peterson, founder of Ravenswood winery and often called “the Godfather of Zinfandel.” Joel really gave a great explanation of why Zinfandel is considered America’s Heritage grape, given that it truly found its greatness here in California versus, for example, Cabernet Sauvignon in Bordeaux and Pinot Noir in Burgundy.

This greatness was evident at Elevating Zinfandel, where more than a dozen of California’s best producers of Zinfandel showed up to La Brea Bakery to pour their wines for a group of very appreciative tasters.

VIP attendees got to start their tasting an hour early as well as getting an opportunity to taste some special wines reserved just for them. [Obligatory note – when a VIP option is available, always go for it!] 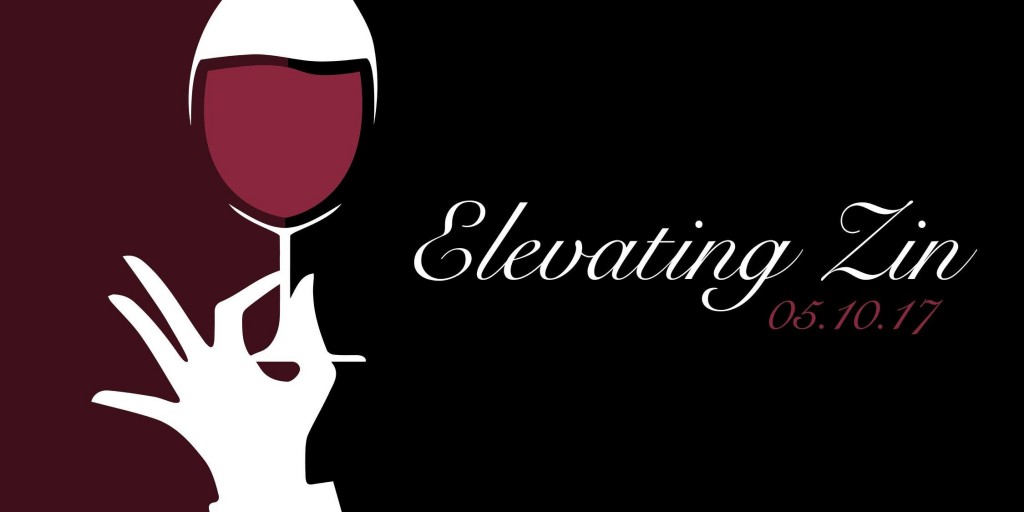 There were absolutely no losers here. Every winery on this list was pouring some outstanding Zinfandels. I could easily end this article here by just saying you should go buy wines from any of these producers and you will be happy. But, that would make for a pretty short article. So, let me expand on some wines that really stood out for me.

When people in Southern California think about Zin, especially those of us in Northern LA County, Paso Robles may come to mind more than any other region. At this tasting, Paso was represented by J Dusi. I knew that Janell Dusi would be up to this task, having made wine from her family’s Dante Dusi vineyard for about 10 years now. The Dusi Vineyard is one of my favorites anywhere for Zinfandel [not just Paso], so I was happy when Janell started making a small amount of wine from the family property, later expanding into other varietals as well. The 2014 Dante Dusi Vineyard Zinfandel and the 2014 Escandalosa blend of Zinfandel, Syrah and Mourvedre were two of my favorite wines of the evening.

The rest of the wineries were based farther North – in Napa Valley and Sonoma County. Since people tend to think of Napa Cabernet Sauvignon and Sonoma Pinot Noir and Chardonnay, I thought it was great that the Zinfandels from these areas were being highlighted. Here are few of our favorites…

Bedrock Wine Co. & Under The Wire – winemaker Morgan Twain-Peterson [son of the aforementioned Joel Peterson], along with partner Chris Cottrell, has been making wine since he was 5-years old [although he started out with Pinot just to piss off his dad]. The 2013 Under The Wire Bedrock Vineyard Sparkling Old Vine Zinfandel was stellar, and the two 2015 Heritage [historic vineyards – field blends] wines being poured – the Evangelho [Contra Costa County] and Pagani [Sonoma Valley] were great examples of what I think Morgan does best.

Ian Blackburn’s Beekeeper Cellars has been getting well deserved rave reviews. Based in Dry Creek Valley, my favorite was the 2014 Secret Stones, Madrone Spring Vineyard, Rockpile, Sonoma County. Not surprising – Rockpile is a favorite AVA of ours; more wines from there will appear later in this article.

We first tasted Brown Estate Vineyards Zinfandel several years ago at a restaurant in Las Vegas called Rosemary’s. We ended up ordering a second bottle, it was so good. Sadly, Rosemary’s is gone but Brown Estate is still making great wine in Napa Valley, especially for us the Napa Valley, Chiles Valley District 2015.

Not sure where to begin with Carol Shelton Wines. We were just really impressed with her whole lineup. Based in Santa Rosa, she sources from various places. Nice of her to share a 2014 Carignane [loved that she snuck that one in] along with her Zins. And a big shout out for making a Zin from Southern California’s Cucamonga Valley.

When I first tasted the Zins from Gamba Vineyard and Winery many years ago, they seemed too big, even for me. I’m happy to report that they are doing it right. Luscious lip-smacking wines across the board from this Windsor based winery.

You can’t really talk about Dry Creek Valley, especially Rockpile, without mentioning Mauritson Wines. Clay Mauritson was pouring a few wines – favorite by a nose was the Rockpile Ridge Vineyard.

Ottimino is a new winery to me. Really cool to taste a 2001 Zin from them as well as their current releases. Based in Sebastopol in Sonoma County, the 2014 Ottimino Estate Russian River Valley Zin was great.

Robert Biale Vineyards – an old favorite of ours. I did not make it back to their table after the VIP portion of the event, but the 2009 Black Chicken Zinfandel that winemaker Tres Goetting had poured me at that time was excellent.

Turley Wine Cellars – while many people associate Turley with Paso, and rightfully so, the winery is actually headquartered in Napa Valley. Christina Turley was on hand to pour a few of the winery’s delicious Zins. I’ve made no secret of how much I like this winery. This time, the 2015 Duarte Contra Costa County earned top marks for me.

I apologize for the wineries I missed mentioning. As I said, all of the wineries represented are worthy of your attention.

Big thank you to La Brea Bakery for hosting the event and serving some delicious food.

Thanks to Ian Blackburn and his great staff at wineLA for putting on another great wine tasting. Check out his website and sign up so you don’t miss anything.